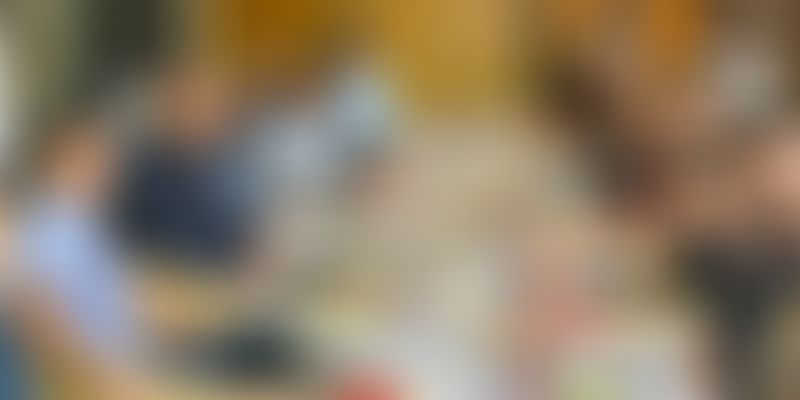 The India innovation ecosystem continues to mature. The author, who is the Managing Director of Silicon Valley Bank, speaks of her observations during a whirlwind tour of India and its startup hubs.

At the Global Gateway team at Silicon Valley Bank, we work closely with founders and investors in emerging markets to help support their international market expansion needs. As the Market Lead for India, I have the unique opportunity to do frequent in-market visits and I have just returned from one.

And I can tell you that the ‘startup buzz’ is real.

The December 2018 IVCA report states: “India is among one of the top startup ecosystems in the world — housing 50,000+ total startups and 3,500+ funded startups growing rapidly at over 30 percent.”

According to a recent Yourstory report, India has the third largest startup ecosystem in the world as well as the third highest number of unicorns. In 2019, seven companies have reached “unicorn” status and 50 more were added to the “soonicorn” (soon-to-be unicorn) list.

Over the course of 10 days, I visited four cities. I wanted to share some key learnings from each of these startup ecosystems.

The city is home to more than 25 percent of total startups in India. From 2014 to September 2018, Bengaluru startups reportedly received $16.2 billion funding across 1,244 deals.

I had an opportunity to speak at Nasscom’s Product Conclave, which attracts 2,000+ participants and 100+ plenaries/panels.

India’s ecosystem has been scaling up from its beginnings in 2004 when Silicon Valley Bank set up its first office in Bengaluru. The momentum began through the high growth of its large consumer-facing businesses such as Flipkart (sold to Walmart for $16 billion), Ola Cabs, and Paytm, and the trend continues with soon-to-be decacorns like OYO, BYJU’s, and Swiggy. There is also a continuing rise of global SaaS leaders like Druva, Zoho, and Freshworks from India.

While much attention has been on the consumer startups, there has been a consistent and growing number of enterprise/B2B companies aiming for the US market being launched in India. I spoke on the Game Changers on Scaling 10X panel to help founders think about how best to plan for such scale. Strong team, product readiness, support infrastructure, and timing are some of the key things startups must focus as they continue to scale.

While in Mumbai, I participated in a workshop with Nishith Desai and Associates—one of India’s leading law firms that focuses on startups—on the topic of going global.

The ‘dos and don’ts of going global’ discussion focused on challenges of startups going global. As startups go global, they need to ensure they are set up with the right entity structures (including flip considerations).

Foreign investors (particularly ones from the US) also look for startups to establish a strong US presence — customers, founding team, IP, etc as they are looking for opportunities to invest. Increasing investment by global venture capital firms is instilling more confidence in founders and creating more innovation.

Ecosystem support for startups has increased in the form of rise of incubators (70+), accelerators (170+) including global players like Y Combinator and Techstars, and organisations such as Indiaspora, Nasscom, and TiE. We co-hosted a series of round-table sessions (Mumbai and Bengaluru) with the TiE startup community to better understand market nuances.

And one common thread through it all was founder’s grit.

In a whirlwind 24-hour visit, I participated at INK 2019 Within & Beyond, which brought together an eclectic mix of world-class individuals, including technologists, musicians, artists, social entrepreneurs, and educators to find conversations that spark wonder and leave you with new, meaningful relationships.

I had the unique opportunity of mentoring next-generation leaders/fellows. At the same time, I managed to catch up with investors, clients, and partners, in the most amazing and serene setting — Suryagarg.

Delhi reportedly recorded a higher average ticket size and funding growth rate than Bengaluru, with total funding raised by startups pegged at $15.8 billion between 2014 and 2018.

TiE Global’s 4th annual summit (#TGS4) in Delhi brought thought leaders, entrepreneurs, investors, from the Indian and global startup ecosystem. Silicon Valley Bank has been a proud partner for years and as a TiE Charter Member I have been personally involved in several of its startup initiatives.

The theme of this year’s event, Indian Startups: Global Footprint, explored, in depth, how the Indian ecosystem has matured and how Indian startups are increasingly expanding globally. It was great to speak in the panel on Global Investment Trends and Cross-Border Considerations.

According to AnitaB.org insights, the pressure to conform to societal norms in India is hard. On a daily basis, women perform a complex balancing act between their family and professional responsibilities, which contributes to the small number of women in technology.

SHEROES helps women create safe spaces to deal with some of those challenges. At Silicon Valley Bank, inclusion and diversity is very important and we were thrilled to be supporting such efforts in India with organisations like SHEROES.

Lastly, the trip gave us an opportunity to reconnect with our clients, both startups and investors who are crushing it every day. Take, for example, KhataBook (GGV, Sequoia Surge portfolio company), which just closed $25 million.

We are truly grateful to be a small part of their journey.

The India innovation ecosystem continues to mature and scale to new heights. There is more capital available for startups and their scale-up plans, funding more sophisticated/repeat entrepreneurs, which are increasingly focused on global opportunities. India has a solid foundation now to build upon for the next few years.

Let’s do this, India!