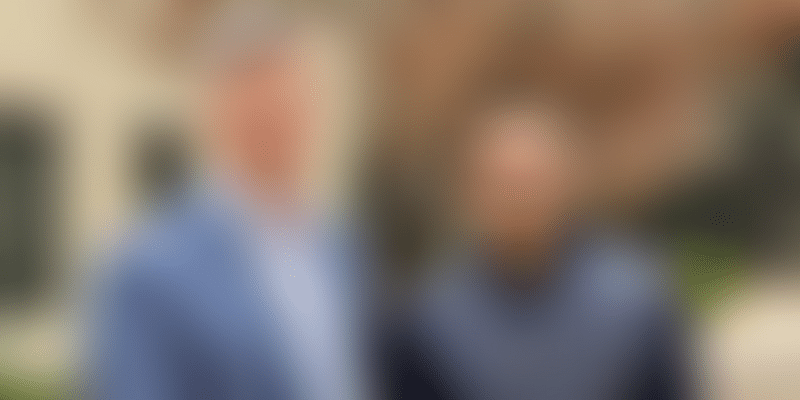 The failure rate of startups across the world is quite high, and there are many reasons as to why entrepreneurs fail to turn their budding ventures into sustainable organisations.

But here is a venture capital fund, which gets in very early into entrepreneurial orbit so that it can guide, mentor, and walk along with the founders to create a successful startup.

Unusual Ventures, a California-based venture capital firm founded by Jyoti Bansal and John Vrionis in 2018, has taken an unchartered territory into investing in startups at the seed and early stage. The VC firm closed its second fund at $400 million in November 2019, while its first one was $160 million, which was 18 months prior.

“The hardest problem for any entrepreneur is going from an idea to million dollars in revenue, which needs initial messaging, getting customers, etc. There is no structured platform available which can help entrepreneurs, and we wanted to change that,” Jyoti tells YourStory.

An IIT Delhi alumnus, Jyoti Bansal is a serial entrepreneur in the US who founded numerous startups and came into prominence after his venture AppDynamics was acquired by Cisco for $3.7 billion in 2017.

After this exit, Jyoti wanted to translate his experiences as an entrepreneur in a more structured manner as a venture capitalist, where he would get in very early into the startup ecosystem. He felt that many players in the ecosystem were not able to effectively guide these startups in the early stages.

Jyoti says, there were five typical challenges he faced as an entrepreneur - how do you get the first set of investors, finding the product-market fit, to tell the story of the product, powering early sales going, and lastly how one grows from an engineer to a CEO.

“Based on my learnings, we wanted to rethink how early-stage investments could be done better, and it was modelled after my experiences,” says Jyoti.

Unusual Ventures decided to focus on the early-stage investments. Jyoti says, “Most of the times we invest at idea or prototype stage. The biggest thing we do is to bet on the entrepreneurs and provide a platform to succeed.”

The Indian born entrepreneur feels there is capital available for the startups, but many fail to succeed due to lack of proper guidance. The path taken by Unusual Ventures is to be deeply ingrained with a founder journey of building a startup where it becomes a partner in getting the right talent, finding the product-market fit, and acquisition of customers among the many other things.

Unusual Ventures is largely focussed on investing in business-to-business (B2B) startups and is also interested in consumer-related ventures. It has invested in around 29 ventures, with three-fourth of being B2B and rest in the retail consumer domain.

Jyoti has a few parameters in mind before they decide to invest in a startup.

“We look at the problem space, and it needs to be large. Also, we spend time with entrepreneurs to understand their high degree of authentic passion,” he says.

Besides this, the VC fund also looks at whether the entrepreneurs have a unique strength in a particular domain, and more importantly whether they have the right ethics and integrity.

For Unusual Ventures, ethics and integrity are very high on its agenda. Even the limited partners in their fund are not the typical financial institutions or high net worth individuals, but non-profit bodies, colleges, foundations, endowments, etc.

Today, Unusual Ventures has created a platform where it provides almost an end-to-end kind of service for entrepreneurs and founders. Besides the capital and mentoring, the VC fund also has other services on its platforms - like the Get Ahead and Academy.

For example, under its Get Ahead initiative, the expertise provided are in areas such as sales development, marketing messaging, recruiting, and back-office solutions. In the case of Academy, they get the deep domain experts to engage with the entrepreneurs.

Unusual Ventures believes in doing a smaller number of investments so that it can devote greater time and resources into a limited number of startups.

“We expect to be one of the top-performing fund and most successful investors are those who come in early,” says Jyoti.

The team at Unusual Ventures believe in rolling up their sleeves, find the best entrepreneurs, and help them grow in a very systematic manner.

Amidst these growth plans of Unusual Ventures, the VC fund does not have any plans to enter India as of now. It is not because of the lack of opportunity, but it does not have the bandwidth put in that amount of time or resources in India.

“A big part of what we do is help the companies to succeed. We do not want to do investments here unless we are sure that we can provide that help. We need the right bandwidth and infrastructure before we can think of investing in India,” says Jyoti.

However, he says, “We are very bullish about the Indian startup ecosystem. There were multiple waves that the country has gone through with IT services companies, followed by consumer tech, and now there is an exciting opportunity to sell software products to the international market.”

He believes there is a depth of talent in the country, and this is likely to result in the emergence of B2B startups, which are deep domain experts in technology.

Unusual Ventures has now raised more than half-a-billion dollars in less than two years, and it plans to continue with the same strategy of investment even as it grows larger.

“I like to invest where I can really help,” says Jyoti.