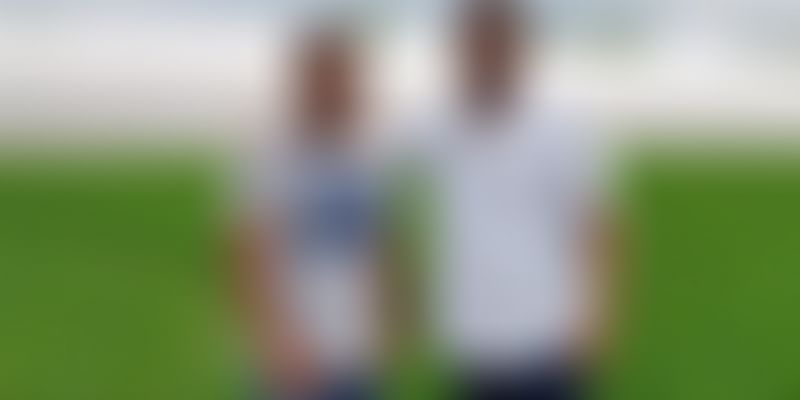 India may be predominantly agrarian, but agriculture is never a career of choice among youngsters. But two brothers from Lucknow, Shashank and Abhishek Bhatt, are turning this idea on its head.

Shashank, who was doing a job after his MBA, and Abhishek, who completed a degree in mechanical engineering, chose to turn their backs on the corporate life and turn to farming, one of the world’s oldest professions.

“After completing my MBA in 2010, I decided to go for farming in 2011. My maternal uncle, Rajiv Rai, who was already in the modern farming business, helped me learn a lot,” Shashank tells YourStory.

India ranks second worldwide in farm outputs, and, as of 2018, the sector employed over 50 percent of the Indian workforce and contributed 17–18 percent to the GDP.

A large population and rising urban and rural incomes are driving the robust demand for agriculture in the country. External demand, meanwhile, has led to an increase in agricultural exports. The government of India aims to double farmers’ income by 2022, and has announced a slew of policies and incentives.

Sowing the seeds of success

But despite all the optimism, getting started in the field – still seen as backward in most parts of the country - wasn’t easy for the brothers. The main opposition stemmed from the fact that they were overtly qualified to go back to the grassroots.

“Hailing from a middle-class family, the biggest problem was accepting this decision. After getting them on our side, I travelled across the country to gather information on modern agriculture and up-to-date technologies,” Shashank recalls. He started the journey by putting together an initial investment of Rs 1 lakh.

The brothers began by leasing five acres of land from a farmer to cultivate capsicum. Five years later, they cultivate a variety of crops, including cauliflower and zucchini, on 22 acres of land.

“I started farming at a very small level, following the methods of modern farming that I had learned,” Shashank says. “”Our farming yielded good results, and farmers from across the state started coming to us to know more about our methods. We were also appreciated by a few people from Israel.”

Speaking about their journey, Shashank says, “It was very difficult in the initial stages, but things changed as time went by. Today, we are raising more than Rs 15 crore revenue.”

The focus on agritech

According to IBEF, India’s agriculture sector is “expected to generate better momentum in the next few years due to increased investments in agricultural infrastructure such as irrigation facilities, warehousing and, cold storage.”

The likely boom has led to a spurt of agritech startups across India. These include names like Crofarm, Agricx Lab, Cropin, Fasal, IntelloLabs, Ninjacart, AgroStar, Stellapps, Vilfresh, FreshVnF, and Ugaoo.

However, despite all these startups and the many government schemes to empower farmers, Shashank says farmers in Uttar Pradesh lag as compared to the rest of India.

“The farming sector is the biggest employer in our country, and when we empower our farmers, the whole nation is empowered,” Abhishek says.

To help resolve this pain point, Shashank and Abhishek in 2011 also founded Agriplast, which aims to train farmers in using modern farming technologies that can help improve yield.

Agriplast has one mission: creating successful agri-entrepreneurs in each village, taluka, town, and district of Uttar Pradesh before moving on to other states.

Shashank says he got a subsidy from the government for farming, which helped him to move forward, but “the government should increase the subsidy so more farmers can move towards modern farming”.

“We have the richest soil, water, and environment but the use of technology is so minimal that there is no substantial benefit for the farmer. There is huge potential for the farmers and also for our organisation.”

“Farmers can contact us via our website. We have also set up a call centre where they can receive guidance,” Shashank says.

Agriplast claims to have served more than 4,500 farmers till now, providing end-to-end guidance and support from its team of agronomists.

About 10,000 farmers are directly and indirectly connected with the startup as of now, and the two founders  aim to become “synonymous with quality products” in the agricultural space and “add 100,000+ farmers to the Agriplast family by 2020”.

“Our plan for the future is to bring new technology to India, so farmers can get maximum benefit. We have to provide them with modern methods to double their income,” Shashank says.

Regarding the future of modern farming, Shashank says, "Today, there are immense possibilities in farming. I appeal to the youth and other people that instead of turning away from the field and towards the city, you should earn more with modern farming.”