[Matrix Moments] To sell or not is the big question for startup founders, says Avnish Bajaj, Matrix India 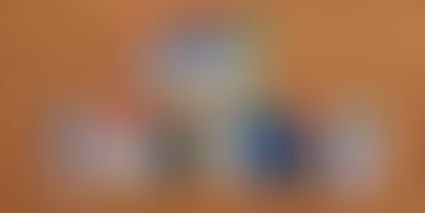 In this episode of the #MatrixMoments series, Avnish Bajaj, Founder and Managing Director, Matrix India, rewinds to his Baazee journey and talks about exits, how they matter to the startup ecosystem, and what founders need to consider.

“If Suvir (Sujan) and I hadn’t exited Baazee at the time we did, I don’t know if we would have been able to compete with Flipkart and others,” says Avnish Bajaj, Founder and Managing Director, Matrix India, in his podcast ‘Exits’ in the Matrix Moments Series.

Baazee was an online ecommerce auction portal, built on the lines of eBay. In 2004, Baazee was acquired for $50 million by eBay.

Recalling the journey, Avnish says things could’ve been different and they possibly could’ve been billionaires today. “In hindsight, what would I do differently? Probably not much because I would say it was a thoughtful decision,” Avnish adds.

He admits that his motivation to start Baazee was no more complicated than getting rich quick. But it wasn’t a quick one. The dotcom bubble burst and Avnish said it turned out to be an excruciatingly painful journey.

“I would argue that, as a company, it was an outstanding journey because we managed to build what seems to have been a really special culture and everybody kind of stuck it out. But from an achievement standpoint and the classic markers of success, it was very painful. It took very long. It doesn’t sound long now. But when you don’t have a market, it seems very long,” Avnish says.

A lot of the venture capitalists who started in 1999-2000, actually went out of business themselves during the bust period. So, the investors of Baazee, while supportive, started growing weary.

“Then if I looked at the employees, post the sale when eBay did a benchmarking of compensation, it turned out that Baazee was paying about 30 to 40 percent below market. Yet, people were there, which was why I am very grateful for the kind of culture we had,” Avnish says.

After the employees got their payout, it came down to the founders. Avnish explained that at that stage, they were both “fairly modest” in their aspirations.

“There is this saying that the first million is a million that people make probably most short-term decisions for. It could have been that for us. We actually did think we had other investors coming to the office and saying ‘we will give you new money’. And what that would have meant a moral contract, which would mean signing up for another journey of three-seven years. But it would’ve been a very tiring journey. I think that’s where we realised that we would tip over into the side of selling,”  he says, adding that the passion to keep running the business "dulled".

“There’s never a playbook. Let’s make some first principles statements. VCs are in the business of exits; they have a portfolio. Founders have a portfolio of one. So, when one is thinking through these things, one has to contextualise that, by definition, the incentives are not the same. So the incentive for a VC is to continue to exit businesses within five, seven, eight years,” Avnish says.

It, therefore, becomes more of VC versus founder whereas the right context is VC and founder. One is in the business of exiting in five to seven years, and the other has to decide what s/he wants to do.

This is why it’s important that founders ask themselves whether this is a business they want to run for the next decade. Look at Mark Zuckerberg at Facebook; he is still in charge after 12-15 years. Amazon is still run by Jeff Bezos.

When is the right time to sell?

“It is increasingly becoming a world of founder-led businesses. Does that mean that the founders and the investors have not exited? Of course, they have exited. So what happens is if the founder takes it on as a responsibility, the ultimate exit is for the company to go public. And then you are set. People can buy and sell stock, or they can exit in the IPO. The trickier piece is along the journey: how do you do it?” Avnish says.

As the market is deepening, there are plenty of exit options. And it’s possible to sell as an investor to maybe another investor who will then ride it to the next phase.

“The key here is recognition of the responsibility and the moral contract to say if you want to run this as a public company, I am going to be supportive of that. I am not going to push you to sell the company; I will recognise that portfolio of one and the fact that the founder has put his or her life into it.”

“In life, if you are going to put your blood, sweat, tears, money, and wealth into something, it has to pass the passion test. And if you wake up every morning passionate to go to work…if you’re tap dancing to work…and it’s your company, you should keep running it. The day you don’t feel that, you can choose to sell it,” Avnish says.