With over 60 home chefs, this startup aims to bring ghar ka khaana to your doorstep 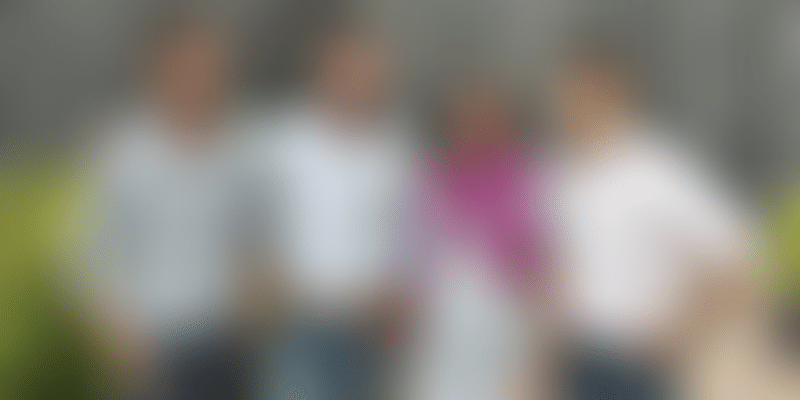 While today ‘Swiggying’ or Dunzoing’ has become commonplace, ghar ka khaana still holds a special place and charm for many. And that is what Ben Mathew, Rakesh Sasidharan, and Roshni Joseph wanted to give to consumers, which led them to start Curryful in Mumbai in 2018.

The platform is building India’s primary source of daily home food and delivers wholesome, home-cooked food prepared by creative home chefs. Prepared with good ingredients and no preservatives, these meals can be instantly ordered and are freshly prepared and delivered in 40 minutes.

Ben says Curryful solves two problems unique to India. Today, he says, customers order in a lot, and 70 percent of this business (expected to be $30 billion in India by 2022 as per CLSA) is in affordable high-frequency food. These commercially prepared dishes are commonly deemed unhealthy due to the high levels of preservatives, oil, and masalas in them.

The other thing the trio spotted was that a large number of urban women in India are at home due to societal reasons and the single-most commonality among all of them is that they cook, with a majority of them dishing up far better fare than the average restaurant on online platforms. So, the question on their minds was, why not bring them into the workforce?

Curryful works with communities to identify talented home chefs, often known for their famous dishes among their friends and families. Once the home chef is identified, the startup evaluates samples of their best dishes, checks their kitchens for hygiene standards, and then facilitates their FSSAI registration.

“Once confirmed, the home chef is trained in the order preparation process, quantity and packaging standards, hygiene, pricing, using customer feedback, etc, and handheld till they’re successfully launched on the platform,” says Ben.

Explaining the business model, he adds that the three primary benefits offered are affordability, diversity, and health. As home chefs don’t have the costs of real estate, manpower or capital, they are able to sell their meals significantly cheaper than restaurants. The meals are priced between Rs 200 and Rs 250. This unlocks shared-economy affordability as seen in hospitality (Airbnb) and transportation (Uber).

Also, each home chef makes dishes unique to their culture and cuisine, which restaurants don’t carry either because they don’t have specialised chefs or those items don’t generate an optimal turnover; for example, Assamese Til Chicken, Chettinad Biryani, Phogle ka Dhokla, Litti Chokha, etc.

And, the biggest benefit is the health factor; home chefs don’t use preservatives and use less oil and masalas, just like they would when cooking for their families.

“Each of our meals is freshly prepared and delivered in 40 minutes. The meals can be ordered on Curryful’s own platform as well as on Swiggy, Zomato, etc,” says Ben.

Curryful has partnered with 60 home chefs so far and have another 300 to onboard in the pipeline.

The three co-founders had spent one year studying the top 100 unicorns, primarily in India, China, and the US, to understand the fundamentals that enabled them to scale and create an impact in a short period of time. Says Ben,

“After identifying these fundamentals, we applied them to several industries in India such as healthcare, education, consumer services, etc, and tried to find an area which we were highly passionate about and where we could solve a problem that is massive and unique to India. We had previously worked on scaling profitable businesses and livelihood programs that created opportunities for the underserved sections.”

Through this research and the opportunities they spotted in their past roles, the trio arrived at the Curryful business model, with a focus to build a shared-economy and mobile-internet based food service powered by women entrepreneurs.

However, the biggest challenge they faced was in acquiring customers in a crowded food market. Ben explains that it’s hard to clearly communicate to customers that theirs is a home-food service and not another cloud kitchen.

“We’ve ended up learning that focussing on a few customers initially who fully understand the service helps in creating much stronger and relevant word of mouth, rather than scarcely informing a large mass of customers. Now, we use several customer acquisition channels keeping this objective in mind and these have helped us acquire customers rapidly,” he adds.

The other challenge was identifying great home chefs. Initially, it took the team five months and a lot of marketing to get the first set of chefs to launch with, as it was hard to find the right chefs and it was a new platform. The team spent a lot of time with communities and residential associations to find the right profiles of home chefs.

Numbers and the market

Since launching a few months ago, the team has delivered a total of 10,000 meals in partnership with their 60 home chefs.

According to Ben, orders have grown at 15 percent month-on-month, with 40 percent of customers being repeat users and the high-frequency customers ordering over eight times a month. The startup is recording a margin or net-take twice the industry average and it is operationally profitable. He adds,

“Our customers are largely office-goers in the age-group of 25-40 who are seeking healthier alternatives for their daily meals. These healthier meals are not necessarily salads or soups, but regional preparations made with zero preservatives, less oil and masalas, and healthier ingredients, making them suitable for daily consumption.”

According to a RedSeer report, the overall food delivery market in India was valued at $15 billion in 2016 and is projected to grow at a CAGR of 24 percent to reach $36 billion in 2020.

The bootstrapped startup competes with Pune-based Meal Tango, Bengaluru-based Masala Box, and FoodyBuddy. Curryful plans to expand to 25 cities and partner with 250,000 women entrepreneurs as home chefs over the next three years.

“Immediately, we’re looking to expand to 500 home chefs pan Mumbai, and launch in Bengaluru, Hyderabad, and Delhi-NCR. We’re currently hiring for missionary product, marketing, and technology leaders for our next phase of growth,” says Ben.