How rewards-based payment app Twid lets you use loyalty points to shop, eat out, and travel 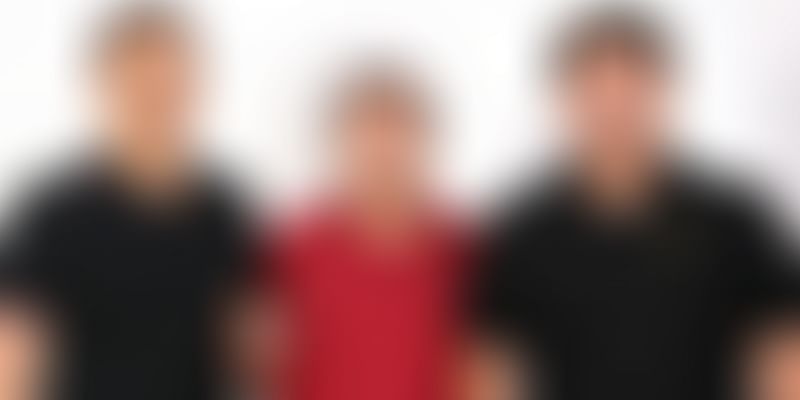 Bengaluru-based Twid seamlessly pools all your loyalty points and lets you use them to pay for your spends at offline merchants, online partners, restaurants, hotel and flight aggregators, and more.

Every store and brand commonly doles out loyalty points. We bet you’ve accumulated thousands but never enjoyed any benefits. Till now! For Bengaluru-based Twid aims to change things by becoming your “currency of choice”.

The rewards-based payment app lets you club all your loyalty points and use them to pay for your daily spends at offline merchants, online partners, restaurants, hotel and flight aggregators, and more. What's better? It offers additional points on every transaction.

Launched in June 2019, the app is the brain child of Amit Koshal (37), Rishi Batra (40), and Amit Sharma (41), who earlier founded Fashalot, an offline-to-online fashion store.

“The perplexity of the current reward ecosystem is that there are too many. There are multiple loyalty programmes from banks, brands, and airlines that we all are part of but do not track. These points have limited redemption options and people tend to forget about them,” says Amit, the CEO of Twid.

Fashalot, which used to connect shoppers to brick-and-mortar retail stores in their neighbourhood, was started in 2015. It’s common for entrepreneurs to notice gaps and challenges when working on other problem statements. This is what happened when the Twid founders were running their omni-commerce company.

They noticed that consumers typically accumulated loyalty points from different brands, be it shopping, dining, travel, credit cards, debit cards, meal cards, and more, but “did not find value in them”.

“We noticed that points worth over Rs 16,000 crore were lying unused and unnoticed. These rewards were getting accumulated, but were just lying there as there were no good options to spend on,” Amit says.

This realisation led them to consider developing a new product to bridge this gap, and Twid was launched. Fashalot was merged into the new company. “Twid is the main consumer-facing brand now,” Amit says.

How the payment app works

Twid allows users to seamlessly pool all their rewards and loyalty points and spend them like cash at online and offline stores. The startup also allow users to keep track of all their loyalty memberships, total accumulated points, their worth, expiry date, and transaction history, at one place.

So, for example, if you have 100 points each with Uber, Ola, UrbanClap, debit card, salon, and credit card, Twid offers you a  total of Rs 600 to use. The founders dub Twid “a payment app” and call it the “new mode of payment”.

It has partnerships with banks, retailers, dining, travel, online platforms, and brands such as Ola Money, Bata, Nature’s Basket, Spar among others. According to Amit’s estimates, Indian consumers spend close to Rs 1.15 lakh crore every month, on purchases through credit and debit cards.

“We earn rewards not just from banks but also from brands, offline and online, on these purchases. These points are simply lying idle and unused because they stay hidden. We are here to make these rewards more valuable by bringing the points in rotation,” he says.

It took the team two months to build the core platform for a beta launch. The app is now live pan-India, but currently focusing on metro cities.

Amit says Twid is a win-win for consumers and businesses. Consumers get one place to manage their rewards, make them more valuable by combining them, and then using them as a mode of payment for their daily spends. For brands, the app helps increase their business, create a highly engaged consumer base, and get a larger pool of points to be redeemed.

“The point value automatically grows for a consumer when s/he can use it for daily spends. It also helps the brand build a customer base, and bring in repeats and new customers,” Amit says.

The idea soon caught investor attention. In September this year Twid received Rs 10 crore, or about $1.4 million, from SCV LLC, a family-owned business of tech entrepreneurs, as part of its seed round of funding. Earlier, for Fashalot, the team had secured funds from investors like YourNest Fund, Whiteboard Capital, and Capillary Technologies.

India online payments landscape saw a massive surge of growth after demonetisation - so much so that it is now one of the fastest growing fintech markets in the world.

NITI Aayog CEO Amitabh Kant concurred, recently stating that India was the “only country in the world with over a billion mobile connections and biometrics, providing enough scope for penetration of fintech technology”.

Studies back this as well. An ASSOCHAM-PricewaterhouseCoopers India analysis projected that digital payments in India would double to $135.2 billion in 2023 from $64.8 billion in 2019.

Agreeing that opportunities in the fintech space are endless, Amit says Twid brings in additional currency for usage in the economy.

He says players like Google Pay, Paytm, and PhonePe, among others, can be considered either as a competition or seen with a positive outlook. “If we can collaborate together…to boost the digital economy in the country,” he says.

Since its launch in June, Twid has crossed 1 lakh downloads mark on Google’s Play store. “Our average transaction per user is two per month currently, with an average ticket size of Rs 2, 200,” Amit says.

The startup work on a transaction-share business model with its brand partners, which means Twid earns a percentage whenever a user pays for something via the app. Amit claims about 350,000 merchants accept payment via Twid at present.

When asked about profitability, Amit says that as of now the focus is on multiplying the growth of consumers and transactions.

In the near future, the Twid team is aggressively aiming to on-board more brands and banks within the rewards pool.

“We plan to have three lakh-plus merchant base accepting Twid as a mode of payment and over three million active users transacting at least five times a month in next 12-24 months,” Amit says.

Going forward, the co-founder says the company has a “global outlook” and plans to hire “high quality talent” to augment the 18-member team.

As for Twid users, they can spend, collect points, and spend again!