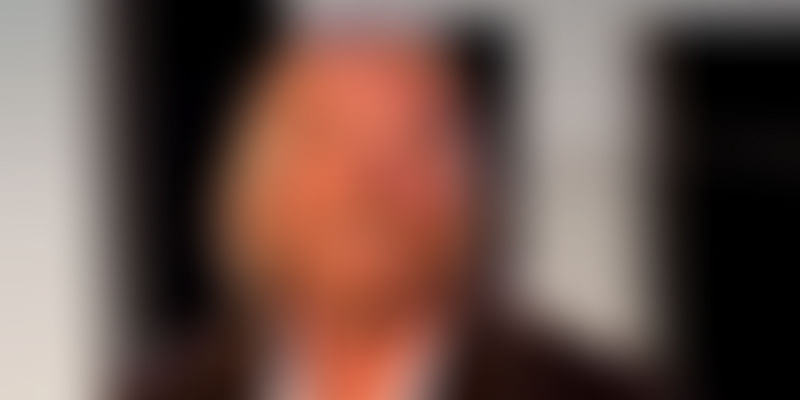 Sir Richard Branson was in Mumbai to showcase Virgin Atlantic's renewed focus in India. He also spoke about the challenges of entrepreneurship at a thought leadership event titled 'Business is an Adventure'.

Legendary entrepreneur Sir Richard Branson, who founded multibillion-dollar British conglomerate Virgin Group in the 1970s, says he never saw himself as a "businessman".

"I always thought of myself as someone who loves to create. And if you think you can create better than other people, then that is magical," he told an august gathering in Mumbai on Wednesday.

Branson is in India to announce Virgin Atlantic's (the Group's 35-year-old airline business) third entry into the coastal city.

After operating a daily flight between Mumbai and London from 2005 to 2009, and later between 2012 and 2015, before eventually withdrawing from the "bleeding route", the airline is back in the bay. And, it hopes to be "third-time lucky" in the city.

Branson revealed that Mumbai has witnessed a 25 percent growth in air passenger traffic to London in the last five years. Coupled with the void left by Jet Airways, which was grounded in April, the Mumbai-London route offers immense potential.

"I want to make an advertising tagline saying third time lucky," Branson chuckled as he stressed upon the importance of rising from failures.

"In the airline business, if a route is losing money, you drop it. And, when circumstances change, you come back. We had to make the tough decisions and that is why we are here again," he said.

Thin line between success and failure

Branson, who started Virgin Atlantic more than three decades ago, shared that his airline was written off even before it started flying.

"On paper, we were never going to succeed because we were up against the British Airways," he recalled. "But, not only did we succeed, we did quite well because we were... just a better airline," he noted.

He went on to say,

"When you create a business without financial backing, there's a very thin line between success and failure."

Besides unveiling its new daily flight between Mumbai and London, Virgin Atlantic also held its first thought leadership event for entrepreneurs in India.

The series titled Business is an Adventure aims to inspire entrepreneurs to dream, fail and then bounce back. It has taken place in Tel Aviv, Los Angeles, and Johannesburg before Mumbai.

Failure as a form of capital

The billionaire-entrepreneur was joined by homegrown business maverick Anand Mahindra, Chairman of Mahindra Group, for a fireside chat.

Mahindra spoke of how he sees failure as a form of capital. He said,

"Every failure gets me down. It consumes me. But the real question is – can I pick myself up, dust myself off, and start again? That is why I look at failure as capital. It is the most valuable investment."

Branson, on the other hand, shared how he shuts off failures from his mind.

"My attitude is to fight tooth and nail to avoid failure. If we have failed, the very next day that is history. I wouldn't let it bother me," he said.

Branson has multiple 'failed' business ventures to his name.

But, his undeterred attitude ensured that the Virgin Group "flew' and 'sailed' for close to 40 years now. Bloomberg estimates that it has annual revenues of £16.6 billion ($20.7 billion). After all, it all comes down to "keep trying".

Or, as Branson puts it,

"All you have in life is your reputation, which you have to zealously protect. If you lose it, you have got nothing. We should keep trying things and fail and then get up, and that is fine as long as not many people get hurt in the process."

In 2004, Branson also founded Virgin Galactic, an ambitious spaceflight corporation that aims to make space tourism a reality. It has already conducted several pilots, the founder revealed, adding that he might be on one of the flights "soon".

And there are more "exciting businesses" in the pipeline too. Cruise ships, etc.

For India, specifically, Virgin One is ramping up work on the Mumbai-Pune Hyperloop Project, which is expected to reduce travel time between the two cities to 20 minutes.

"Tomorrow, I am meeting the new Chief Minister [of Maharashtra]. I am reaching 70. I have to try to hurry things now," Branson noted.

Sure, he may have lost a bit of heft in his voice and a fair amount of sturdiness in his walk, but Sir Richard Branson more than makes up for it with his vigorous entrepreneurial spirit.

"I think that is one thing no one can accuse us of – not having vigour," he signs off.