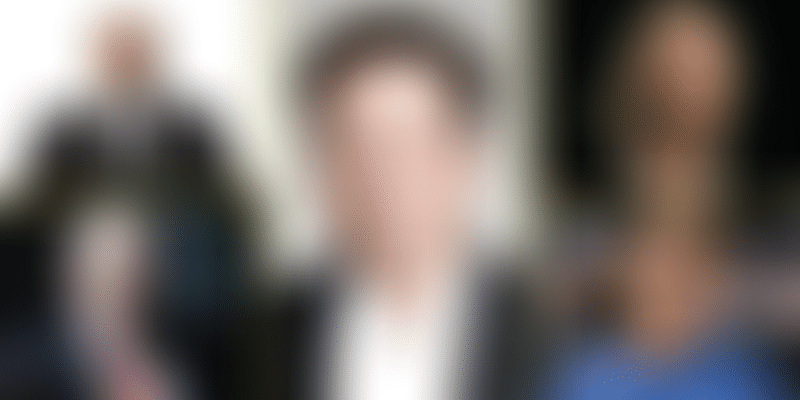 Many of the world’s wealthiest businessmen started with very little. Many had only passion, vision, and determination to be successful. They had to overcome various challenges until they found a road to success.

YourStory has compiled a list of five of the world’s most famous businessmen and what were their first ventures as kids.

Elon Musk, the CEO of Tesla and SpaceX, taught himself computer programming at the age of 10. By the age of 12, he sold the code of a video game he created called Blastar, to a magazine named PC and Office Technology for about $500.

The lesson that he drew from his childhood learning from Isaac Asimov's Foundation series is “You should try to take the set of actions that are likely to prolong civilization, minimise the probability of a dark age, and reduce the length of a dark age if there is one.”

At present, the 48-year-old self-made billionaire is the 21st richest person in the US, with an estimated net worth of $24.2 billion (as of November 15, 2019), according to Forbes.

Dallas Mavericks Owner and one of the main ‘shark’ investors on the ABC reality television series, Shark Tank, Mark Cuban ventured into the business world at the age of 12 years. He sold garbage bags to pay for a pair of expensive basketball shoes.

He went from door to door in his neighbourhood and sold trash bags to families by asking, “Hi, does your family use garbage bags?” For every objection, Cuban had followed them up with, “Of course you use garbage bags, and I bet you pay more than six cents apiece.”

The bags were sold 100 per box for $6. Cuban bought each box for $3 and made a profit of $3 a box, every time someone bought from him.

The 61-year-old has been a lifelong entrepreneur and today, Cuban is one of the wealthiest people in the US, with an estimated net worth of $4.1 billion (as of November 15, 2019), according to Forbes.

Virgin Group Chairman Richard Branson started his first business venture at the age of 11 with his best friend, Nik Powell. Branson used one of his boarding school vacations to start breeding budgerigars, or parakeets. By the end of the school break, the birds were multiplying quicker than the boys could sell them.

“We went back to the boarding school and left my parents to look after all the birds. We lived in the countryside, and I think the rats got to some of them. As for the rest? My mum opened the cages and set them free!” Branson wrote on LinkedIn.

The 69-year-old British business magnate has an estimated net worth of $3.9 billion (as of November 15, 2019), according to Forbes.

Warren Buffett’s name is not unfamiliar in the business world. The Chairman and CEO of Berkshire Hathaway first expressed his interest in business at the age of six. He bought packs of gum from his grandfather's grocery store and sold them door to door, to his neighbours.

Buffett told Alice Schroeder in his biography, The Snowball: Warren Buffett and the Business of Life, “I remember a woman named Virginia Macoubrie saying, I’ll take one stick of Juicy Fruit.”

"We don't break up packs of gum," little Buffett replied to the woman. "I've got my principles."

“They were a nickel and she wanted to spend a penny with me,” he told Schroeder.

The 89-year-old American business tycoon and investor has an estimated net worth of $86.5 billion (as of November 15, 2019), as per Forbes, making him the third-wealthiest person in the world.

Daymond John, an investor on the ABC’s Shark Tank, began working at the age of 10. The President and CEO of the American apparel company FUBU would scrape the paint off pencils and customise them with the customer’s name for a fee. His target market were the prettiest girls in his first-grade class. John shut down the business operations after discovering that he was stealing all the pencils from boys he didn't like!

The 50-year-old American businessman’s net worth is now estimated to be $300 million (as of 2019), according to Wealthy Gorilla.

20 quotes from Mark Cuban that proves he is plain awesome