With 1 million+ downloads and 5k paid subscribers, how Riyaz is taking the music tech space by storm 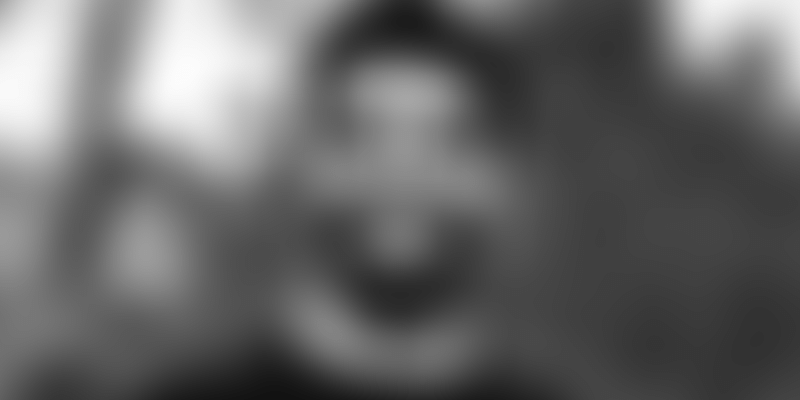 Until a few years ago, the idea of pursuing a career in classical music would have been frowned upon, leave alone the thought of investing money and time on Hindustani classical music lessons.

However, today, with the burgeoning number of professional and amateur singers, technology has disrupted this space too. It’s no longer a far-fetched dream to have a tool at your disposal that lets you practice music without any worries about the price or proximity factor.

AI-powered Riyaz (meaning ‘practice’ in Hindi), launched by startup MusicMuni Labs, is pegged as a ‘24x7 singing buddy’. A recent entrant into the music technology space, the app offers over 130 exercises and 200 raga and song lessons across disciplines such as Carnatic, Hindustani, devotional, Bollywood, and even Western music. Riyaz is not only making learning music realistic and feasible, but also easier and convenient for the user’s schedule.

“Music students have zero assistance when they practice on their own post their sessions with the guru. For self-learners, it is even worse. And, if a student practices wrong notes, it is hard to undo that,” says Gopala Krishna Koduri, the co-founder and CEO of MusicMuni Labs, speaking about the benefits of their flagship product.

He adds, “Riyaz gives instant and live feedback as the student practises, so that they don’t make such mistakes and learn productively.”

Inception of the virtual music guru

The inception of MusicMuni Labs and of Riyaz is linked with Gopala’s personal journey with technology and eventually with music technology. Holding a Master’s in computer science from IIIT Hyderabad, he had begun tinkering with tech-powered solutions in the music space along with a bunch of friends during his college days.

This gave birth to a deep-rooted interest in the space, which eventually set him on a path to pursue a PhD in music technology from the Music Technology Group, Universitat Pompeu Fabra, in Barcelona, Spain.

Interestingly, the person heading this group, Professor Xavier Serra, was at the time coordinating with CompMusic, a research project funded by the European Research Council (ERC grant agreement 267583). And Gopala, happened to join Xavier’s team as a PhD student in the CompMusic project.

One thing led to another, and, by February 2017, the professor and student had kick-started their musictech startup.

Adds Gopala, “MusicMuni Labs is a spinoff of the Music Technology Group and has genesis in the CompMusic project.”

Soon after, the founding team was joined by Anil Kumar Alaham, who now takes care of the business development and marketing.

“I met Anil when MusicMuni was being incubated at Oracle Startup Cloud Accelerator,” recalls Gopala, adding that their common interest in the space of music and arts brought them together.

After downloading and signing up on Riyaz, explains Anil, a user gets around ten minutes of free access to explore the app, which is currently available on both the App Store and the Google Play Store.

This ten minute-access is offered every day to the user, beyond which, one can choose to go premium with a subscription plan that suits their needs, the founder adds. These plans are priced anywhere between Rs 499 and Rs 1,999 for Indian users. For those outside India, the annual subscription is offered at $120.

Each session on the app is broken down into bite-sized content, replete with fun and engaging features and an option for instant feedback, allowing aspiring singers to pick up skills, anytime and anywhere.

“By offering lessons from many music gurus, Riyaz has eliminated common problems such as accessibility to the right tutor, affordability for music classes on different mediums, and lack of convenience in learning,” explains Anil. That this solution has brought value to the table is reflected in the app’s growing popularity.

In less than three years, Riyaz has garnered over 1.6 million downloads and more than 5,000 paid subscribers, an impressive feat given the niche section of music lovers the app has been targeting.

All this has been achieved purely via the organic route, without the startup spending any marketing dollars, adds Anil.

Say the founders, “We are growing at a rapid phase month-on-month, and with marketing efforts getting added, we expect to grow very quickly and add the next few million users from the Indian market, especially from the Tier II towns and beyond.”

With an increasing user-base and recent monetising efforts, it is expected that the startup will soon start clocking in a chunkier revenue figure, which currently stands at around $8,000 a month. The augmented customer base, however, indicates a need for fresh investment.

Currently in pre-Series A stage, MusicMuni Labs is looking to raise funding soon to pursue its next milestones with the target customer segments it has identified during the journey so far.

“We are looking to raise a $2-million round that gives us a good 18-24 months’ runway,” the founders add.