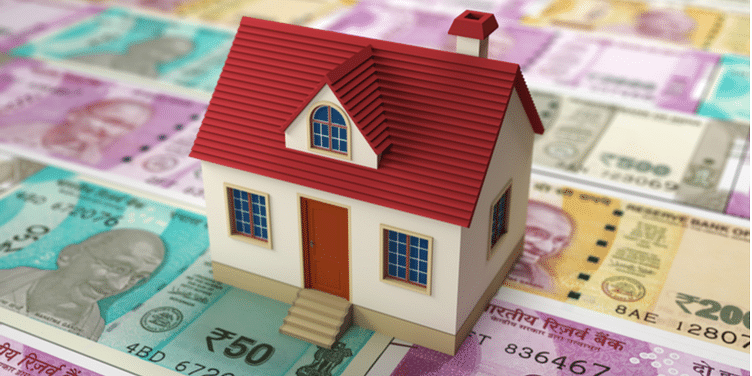 The challenge is to step-up annual infrastructure investment so that lack of infrastructure does not become a binding constraint to the growth of the Indian economy.

To prevent 'lack of infrastructure' becoming a 'binding constraint' on the growth of Indian economy that aspires to become a $5 trillion by 2024-25, the country needs to spend about $1.4 trillion on infrastructure, the Economic Survey said on Friday.

"To achieve the GDP of $5 trillion by 2024-25, India needs to spend about $1.4 trillion on infrastructure. The challenge is to step-up annual infrastructure investment so that lack of infrastructure does not become a binding constraint on the growth of the Indian economy," the survey said.

For a smooth and fast development, India needs adequate and timely investment in quality infrastructure, it said, adding the report of the Task Force on National Infrastructure Pipeline has projected total infrastructure investment of Rs 102 lakh crore during the period FY 2020 to 2025 in India.

In a fast moving world to maintain growth momentum, India has to develop its industry and infrastructure, the survey said, adding that as an emerging economy, the scope for next-generation infrastructure is enormous.

Power shortages lead to dependence on expensive captive power, which in turn impels high costs and lack of competitiveness for the economy, it noted.

Likewise, inadequate transport infrastructure leads to bottlenecks both in the supply of raw materials as well as movement of finished goods to the marketplace, it said, adding "the price that farmers get for their produce is depressed if there is no connectivity through good quality rural roads, which in turn keeps rural incomes depressed negating the fruits of high overall growth performance."

Terming road transport as the dominant mode of transportation, the survey said total investment in the road and highways sector has gone up more than three times in five years from 2014-15 to 2018-19.

Taking a comprehensive view of civil aviation, the survey observed that India has 136 commercially managed airports by Airport Authority of India and six under public-private partnerships for operation, maintenance and development of airports.

A total of 43 airports have been operational since the scheme for operationalizing unserved airports was taken up.

To ease the strain on existing airport capacities, 100 more airports are to be made operational by FY 2023-24, the survey said adding to continue with the high growth trajectory the government has been providing a congenial environment so that Indian carriers double their fleet from about 680 aircraft at the close of 2019 to 1,200 by FY 2023-24.

About shipping sector, the Economic Survey stated that around 95 percent of India's trade by volume and 68 percent in terms of value is transported by sea. As on September 30, 2019, India had a fleet strength of 1,419 ships.

The Survey said the Ministry of Shipping is striving to improve operational efficiencies through mechanisation, digitisation and process simplification. The average turnaround time in 2018 improved to 59.51 hours as against 64.43 hours in 2017-18.

It added that universal electrification progress has been made in generation and transmission of electricity. The installed capacity has increased from 3,56,100 MW in March 2019, to 3,64,960 MW as on October 31 2019.

The Survey underlined that access to electricity is necessary for making growth inclusive and for promoting ease of living.

The Survey observed that except for few households in Left Wing Extremism affected Bastar Region of Chhattisgarh, all the states have reported electrification of all households on the SAUBHAGYA portal.

On mining sector it said there has been a notable turnaround in mineral production because of policy reforms and production of major minerals during the year 2018-19 has recorded a growth of 25 percent when compared to last year in terms of value.

While giving an overview of the construction sector, the Survey said it accounts for 8.24 percent of the GDP, which includes housing and employs about 12 percent of the workforce.

The Pradhan Mantri Awaas Yojana Urban (PMAY-U) launched in June 2015 is one of the largest housing schemes of the world covering entire urban India and is being implemented through four verticals, it said.

The scheme is moving towards achieving the vision of "pucca" house to every household by 2020, it said, adding 32 lakh houses have been completed and delivered.

The Survey noted that since the launch of the Smart City Mission in 100 cities 5,151 projects worth more than Rs 2 lakh crore are at various stages of implementation and added a total of 1,290 projects worth Rs 22,569 crore have been completed and are operational.