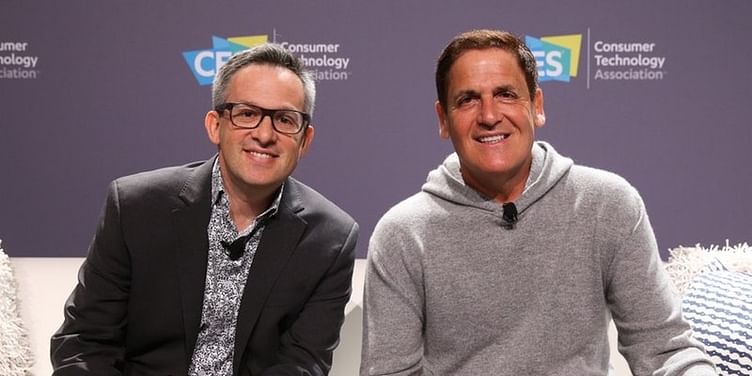 Mark Cuban is bullish on artificial intelligence (AI) technology and is investing in startups that leverage AI to create world-changing solutions, the serial entrepreneur and Shark Tank investor said at CES 2020.

Investor Mark Cuban has an emphatic message for entrepreneurs, businesses, and the government – invest in artificial intelligence (AI) technology or risk becoming ‘a dinosaur’ very soon.

Speaking at the CES 2020 event, the world’s most influential annual consumer technology conference, at Las Vegas, Nevada, the serial entrepreneur and Shark Tank investor also voiced his own passion for all things AI-related, adding that he is betting big on AI and investing in startups and businesses that leverage AI to innovate and create meaningful, world-changing impact.

“In terms of where I am investing – everything around AI. Period. End of story,” he told a roomful of consumer industry delegates at the CES, the annual technology conference hosted and produced by the Consumer Technology Association.

Mark Cuban emphasised the need for the US government to be involved in developing AI technology and supporting its use, saying this was a national priority akin to the need to invest in and stay ahead of the space mission in the 1950s.

The billionaire – who has invested in several healthtech startups such as Eon Health and Genetesis that leverage AI technology – also stressed on the need for entrepreneurs and businesses to understand AI technology and include it in their strategic long-term plans in order to stay relevant in the years to come.

“If any of you are entrepreneurs or in the business world and if you don’t know AI, then you’re the equivalent of somebody in 1999 saying, “Yeah, I’m sure this internet thing will be okay, but I don’t give a shit.” It’s the same thing,” he said.

"If you're an #entrepreneur & if you don’t know #AI, then you’re the equivalent of somebody in 1999 saying, “I’m sure this internet thing will be okay but I don’t give a shit.” It’s the same thing" @mcuban at #CES2020 @CES @CTATech #YourStoryAtCES2020 https://t.co/v4sYqT5Nb0 pic.twitter.com/wu9yCRf1wm

CES 2020: From Apple and Ivanka Trump to 5G, AI, robotics – here's what’s in store at the annual tech bonanza

Going forward, the world will quickly be defined by ‘AI haves’ and ‘AI have-nots,’ said Mark Cuban, who admitted that he’s been taking tutorials and classes on AI and machine learning (ML) on AWS and on Coursera to better understand the technology.

“If you want to be relevant in business and understand all this discussion about AI, you have to do it or else you will be a dinosaur very quickly. There’s going to be ‘AI haves’ and ‘AI have-nots’, and if you are an ‘AI have-not’, then you might as well just rip out all the computers in your office and throw away your phones, because that’s how impactful it will be,” he added.

Still, there are challenges in integrating AI technology, with small companies finding it the hardest unlike the big tech majors like Google, Amazon, and Facebook that can invest billions of dollars on AI and go through trial and error to understand what works and doesn’t work, Mark Cuban said.

But challenges aside, it is imperative that governments and businesses make understanding and integrating AI technology a priority, said the owner of NBA’s Dallas Mavericks.

“Not to get too Elon Musk… but once you get robotic-like dexterity, once you get batteries that can go for days instead of hours, and once you have processors that can do 100X what they are doing now, we are going to be discussing red pill or blue pill," he said, referring to the popular The Matrix movie-inspired meme which represents a choice to take 'the red pill' to know the unpleasant truths of reality or 'the blue pill' to live in ignorance and in the illusion of reality.

"We’re going to be talking about military weaponry that’s going to be driven by robotics and AI, and if we don’t dominate that and somebody else does, that’s not a pretty picture. So, I think we really, as a country, need to focus and make that (AI) a priority, because to not be dominant and, particularly, if the adversaries are, then we have problems.”

YourStory is at Las Vegas, Nevada, to cover CES 2020 at the invitation of the Consumer Technology Association

CES 2020: P&G says innovating, operating like a startup to compete with startups

CES 2020: Samsung unveils 'Ballie' robot, AR glasses as it heralds a new decade it calls the ‘Age of Experience’