[Exclusive] It is the founder's job to imbibe values in the team to endure the hard journey of entrepreneurship: Infosys Founder NR Narayana Murthy 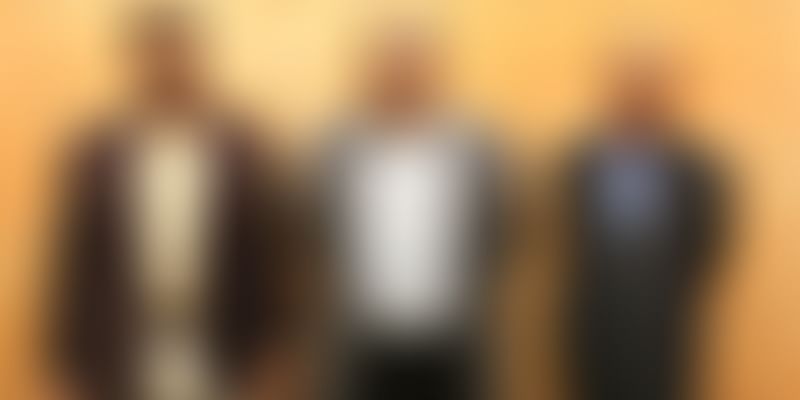 At the awards ceremony of the Infosys Prize held last week, YourStory caught up with Infosys Founder NR Narayana Murthy in an exclusive interview about startups, research, and fundamental sciences.

The Infosys Prize, an annual award presented to scientists, researchers, and engineers of Indian origin by the Infosys Science Foundation, is coveted simply because of the rigour with which the winners are selected. The research of each nominee is scrutinised by the jury for quality and depth in their respective field.

The award honours outstanding achievements of contemporary researchers and scientists across six categories: Engineering and Computer Sciences, Humanities, Life Sciences, Mathematical Sciences, Physical Sciences, and Social Sciences, each carrying a prize of a gold medal, a citation, and cash prize of $100,000.

The prize has a rich history of unearthing researchers who have gone on to be honoured on the global stage: 2019 winner of Nobel Memorial Prize in Economic Sciences Abhijit Banerjee and two Fields Medal winners. The prize, in its 11th year, has set out the agenda for the new decade to focus on building India's innovation capital.

YourStory caught up with Infosys Founder NR Narayana Murthy, the Chairman Emeritus and Co-founder of Infosys, Professor Shrinivas Kulkarni from Caltech, who is also a reputed astronomer, to talk about India's tryst with fundamental science as well as the role of startups.

YourStory: What do you think about startups and their impact on the country? What is the founder’s role?

N R Narayana Murthy: Startups are about entrepreneurs coming up with an idea whose proposition is very different from any existing idea in the market. Startups are about a set of people whose collective experience can test an idea’s market fit and scale it up.

YS: Can you tell us about the Infosys Prize and its early intentions?

NRNM: In 2006, we wanted to recognise researchers on an international level. In India, we wanted to find role models who can inspire people in the field of natural sciences, mathematics, computer science, social sciences, economics, and humanities.

Over the last 11 years, we have had 68 winners. There were a Nobel laureate and two Fields Medal winners. We want to position it as a global prize, but we have some way to go before the Infosys Prize becomes that coveted prize.

YS: Do you see fundamental sciences as the future in India, and if so, how should they be supported?

NRN: You have to remember that fundamental research is not applied research. The work of leading quantum theorists and physicists like Einstein, Feinmann, and Bohr is still being used today. What I mean, however, is that fundamental sciences take a long time to be applied.

Whatever technologies that you see today, like your transistors, phones, DVDs, came from fundamental research. Let's look at Einstein's Theory of Relativity; it is applied in GPS systems and PET scanners. With a lot of efforts, fundamental research will become applied research over time.

YS: What are your thoughts on the future of employability and learning?

NRNM: Higher education has to stay in touch with leading edge learning. They have to keep up with it and I believe Universities are investing in it. Learning, however, is an issue in the corporate world.

Corporations have to invest at least 50 percent of their learning and development budget on keeping employees up to date with current technologies and their application. Infosys does this.

Outside of work, students can learn on the internet. It is a repository of knowledge and it is not at all expensive. I must encourage them to get in to learning in-depth if they believe that the subject can change their life. You have to continuously learn to be leading edge.

YS: You famously said corporates cannot play the role of the government in providing infrastructure. What are your thoughts today?

NRN: The government has to spend the taxpayer’s money in providing facilities for students and researchers. To do leading research you need full autonomy and government should support researchers to pursue their interests.

It took 100 years for us to be benefitted by the Theory of Relativity. Government support will only advance learning and development, but it should not interfere with the researchers’ pursuit for excellence.

YS: Professor Kulkarni, what are your thoughts on the convergence of data science, computing, and science?

Shrinivas Kulkarni: As an astronomer and researcher there is always a convergence with various fields. For example, I look at physics, chemistry, palaeontology, geology, space sciences, and climate change. As a researcher, I take it for granted that I can take a pick from different subjects.

For example, you can apply algorithms used to weed out duplicate addresses in locating stars. Research takes a long time but you cannot divorce academia from the rest of life. I would forgive a mathematician for it, but others cannot sit in their ivory towers with funding.

They need to make their research available to the outside world. Finally, I believe in continuous learning and young people must learn programming.