These ‘new apps’ went viral in 2019, and could lead this year 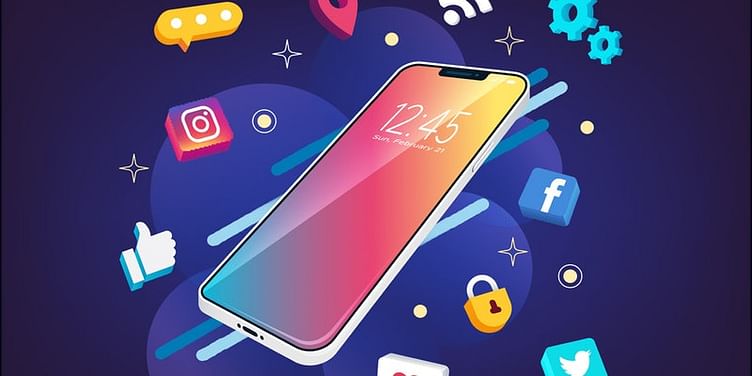 The rapidly growing app universe threw up new viral sensations in 2019. From streaming to editing, video apps had a field day. Some other apps grew because of Indian users.

Worldwide app downloads increased 9.1 percent to reach about 115 billion during the year. Google Play accounted for 84.3 billion of these, while App Store recorded 30.6 billion downloads, according to data from app intelligence firm Sensor Tower.

While the usual suspects - WhatsApp, TikTok, Facebook, Instagram, Messenger, Snapchat, YouTube, etc. - secured the top spots globally, a host of “new apps” also made their presence felt. Some even became viral hits in no time.

Most of these instant successes were either social, communication or video apps, but there were some surprise entries in categories like finance too. Add to that, India’s role in driving installs and new launches from biggies like ByteDance.

Photo and video editing app MV Master topped the list of 'new apps launched in 2019', registering more than 60 million installs worldwide. Its growth was driven by India, which accounted for 50 million of the installs.

MV Master is the brainchild of Tencent-backed Chinese startup Kwai, which specialises in short video apps. It benefitted from the rising popularity of ‘video status makers’ for WhatsApp around the world.

MV Master is also listed in the Editor’s Choice section of Google Play Store, and is the #1 app in the ‘Photography’ category. “MV Master is the ideal video maker tool to turn your photos into great looking video clips with only three steps,” Google stated.

Disney+, Disney’s new video-streaming app, was one of the biggest success stories of 2019. It launched in November, and soon became the most downloaded app in the US.

In Q4, Disney+ was downloaded more than 30 million times (across App Store and Google Play Store), which is more than double its nearest competitor, TikTok.

“Disney+ was the No. 2 new app globally, despite limited country availability. This was especially impressive since Disney+ launched 11 months into the year,” the report stated. In terms of revenue, too, Disney+ grossed more than $50 million in its first month, ahead of other video-streaming apps such as Showtime and HBO Now.

YOLO is one of the first successes of Snapchat’s Snap Kit platform. Built and distributed around Snapchat, it became the #1 iOS app within a month of its launch in May. YOLO ended 2019 with over 23 million downloads.

This anonymous Q&A app lets users seek feedback from their social media followers. You can log into YOLO with your Snapchat id, and add an ‘ask me anything’ sticker to your Stories.

Much of YOLO’s growth has been driven by US teens, who constitute Snapchat’s largest audience. The app’s founder has also attributed the growth to its highly searchable name (after the popular acronym for ‘You Only Live Once’).

Sticker.ly launched in April, and touched 28 million downloads cumulatively by the end of the year. At present, it is one of the highest-rated (4.8 / 5) apps on Google Play Store, and was also 2019's fifth-most downloaded new app.

Sticker.ly is a smart photo editor that converts photos into stickers, which can then be exported to WhatsApp or iMessage. You can even erase background from your existing photos and add funny texts or themes to create a sticker.

Interestingly, the stickers (or sticker packs) you create can be shared with other users through a custom link. This particular feature has prompted popular brands like McDonald’s, Coca-Cola, and others, to create their own branded stickers on WhatsApp, thus pushing Sticker.ly downloads further.

Jianying Vlog, a video editing app from TikTok-parent ByteDance, launched in May 2019, and crossed 10 million iOS installs in China by October.

It ended the year with the third-highest downloaded new app (35 million) in the world. This despite the fact that Jianying Vlog’s availability is currently limited to China and the iOS universe.

But once it launches globally and rolls out on Android, its popularity is expected to skyrocket given the unprecedented rise in the consumption of video apps. In India, too, Jianying Vlog could turn out to be a runaway success like its sister app, TikTok.

CashBean is that rare non-social, non-video app to make an appearance in the top 10.

Entirely driven by Android consumption, it was 2019’s seventh most-downloaded new app. Started in January 2019, it recorded nearly 27 million installs (across app stores) by the end of the year.

The short-term instant loan app has been developed by Canada-based PC Financial Services Private Ltd, and is focused on the Indian market.

CashBean allows users to borrow loans ranging from Rs 1,000 to Rs 60,000, and get the amount credited to their bank accounts in just 30 minutes. It is currently the #3 app in the ‘Finance’ section of Google Play Store India.