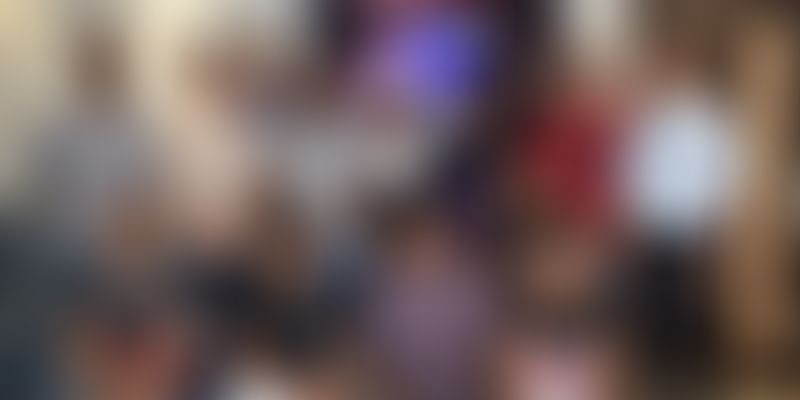 Bengaluru-based Aiosell Technologies leverages AI and ML for dynamic pricing and revenue optimisation of hotels. The startup works with more than 150 hotels and homestays across the globe.

A hotel with no vacancy doesn’t necessarily mean it is profitable. The profitability of a hotel depends on its revenue management - the art of predicting real-time customer demand and optimising room tariffs accordingly.

“Hotel rooms are a perishable commodity; like airline seats, they need to be sold at the right time, at the right price, and to the right customers, to get maximum benefits,” says Siddharth Goenka, Founder and CEO of Aiosell Technologies.

Bengaluru-based Aiosell is a B2B startup that leverages artificial intelligence (AI) and machine learning (ML) for dynamic pricing and revenue optimisation of hotels. This results in improved occupancy and higher rates, and reduces operational costs and overheads.

Founded in June 2019, the startup has more than 150 hotels and homestays from across the globe as clients. It also connects with existing online travel agencies (OTAs) and property management system (PMS) of hotels, to push rates decided by the AI system.

Jack of all trades

Siddharth, 38, is a computer science engineer from Purdue University and an MBA from the Indian School of Business. After working in Microsoft as a software design engineer and later, as a management consultant in Accenture and Carlson Marketing, Siddharth joined Octave Hotels in 2012, for personal reasons.

Currently, the Managing Director of Octave, he has been responsible for growing Octave from one hotel to seven hotels, within just five years.

In 2017, Siddharth realised that the hotel industry practices were not just obsolete, but also manual and inefficient. He was keen to automate the revenue management system using smart algorithms.

“On average, a hotel spends between Rs 20,000 and Rs 40,000 per month, for hiring or outsourcing revenue management. I decided to leverage my prior knowledge in computer science to create an AI-based price intelligence system to automate the process,” Siddharth says.

After two years of research and development, he founded Aiosell. The ‘AIO’ in Aiosell stands for “Artificial Intelligence Automation”.

The need for automation

Previously, hotels only used past data to make pricing decisions. They did not use contextual parameters to adjust price recommendations. The proliferation of smartphones and cheap internet, however, has resulted in travellers and corporate booking their hotels through OTAs and at the eleventh hour.

“This change has redefined the revenue management paradigm for hotels, and the need to change hotel prices in real time, at every hour, has become all the more important,” Siddharth says.

Aiosell’s primary product is the Automated Dynamic Pricing System. It uses several internal and external factors to determine the real-time tariff of hotels. It considers the occupancy rate, market demand, lead time, competition, season, day of the week, and the time of booking to determine room rates. It then uses AI to connect all online distribution channels, maximising revenues and occupancy.

Aiosell connects with existing OTAs, including MakeMyTrip, Expedia, and Google, to push the rates that it decides. On the other hand, it also integrates with the hotel’s existing systems, either the PMS or Channel Manager, to get real-time inventory status of rooms that are pushed down to the OTAs. Real-time bookings from OTAs are sent back to the PMS, making the entire process automated.

“We typically give all these products as free add-ons, along with our core product,” Siddhartha says.

Bootstrapped with an initial investment of Rs 10 lakh, the founder claims that Aiosell is now profitable. He adds that the startup’s revenue growth has been 15 percent month on month, since inception.

The startup also has hotel clients in Thailand, Malaysia, Singapore, the Phillipines, Dubai, the UK, the US, Kenya, Russia, and Belarus.

It currently works with clients such as Fern Hotels, Summit Hotels, Leisure Hotels, Sun n Sand Group, and Panchavti Group, among others.

“We have a healthy pipeline and wish to grow to 500 hotels by next year, with a monthly run rate of $40,000 per month,” Siddharth says.

According to media reports, the hotel industry in India is expected to reach a value of Rs 1,210.87 billion by the end of 2023. The market is endless, and there are more than 100,000 organised hotels in India, and more than 1.5 million hotels worldwide. This does not include the unorganised and homestay segment.

While Aiosell has no plans of raising external funding in the next one year, they plan to organically grow and capture newer markets. “We will focus on fast-tracking growth and technology,” Siddharth says.

WATCH: Can AI and ML help spot panthers in the wild? Tourism startup WildTrails shows you how