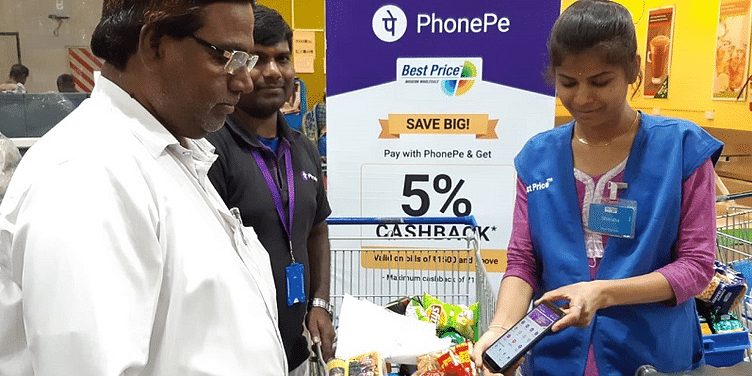 Launched on a pilot basis in Delhi NCR, PhonePe will not be charging its customers or merchants to avail the service

Bengaluru-based payments major, ﻿PhonePe﻿, on Thursday said it has announced the launch of PhonePe ATM.

Currently still in pilots, the new service will be launched in Delhi NCR, enabling neighbourhood stores to act as ATMs for the PhonePe users.

In a statement, the digital payments platform said that customers are often inconvenienced due to the unavailability of banking ATMs in their vicinity or ATMs being out of order.

With the new offering, customers in need of cash can simply open the PhonePe app, go to the ‘Stores’ tab, and click on the ‘PhonePe ATM’ icon to locate nearby shops offering this facility.

Once they reach the nearest shop, customers just need to click on the ‘Withdraw’ button and transfer the required amount to the merchant via the PhonePe app.

The Walmart-owned company also said there will not be any charges for customers or merchants to avail of this service, and the withdrawal limit for customers will be the same as the limit set by their respective banks.

“In line with our vision of democratising digital payments for the masses, we have launched the PhonePe ATM service in Delhi/NCR. The PhonePe ATM allows customers to withdraw cash without any hassle through our trusted merchant partners. It also helps merchants avoid the hassle of storing cash and making multiple trips to the bank branch to deposit their extra cash. Additionally, this new launch will also drive more footfalls for our merchant partners. PhonePe ATMs are a great way to start getting consumers and merchants to start adopting UPI payments in large numbers.“

Focussing on banking services, Paytm said at the time of launch that these specially branded outlets would bring banking access, while allowing consumers to open saving accounts and deposit and withdraw money from their Paytm bank accounts.

In December last year, PhonePe claimed it is accepted as a payment option by eight million MSMEs present across 215 cities in India.

The company further added that over 56 percent of its transactions are now driven by users in Tier II and Tier III cities.

How PhonePe is striving to change the face of Indian kiranas