Best of Weekender: A tête-à-tête with cricketer Rohit Sharma, a new web series, and our top movie predictions for Oscars 2020 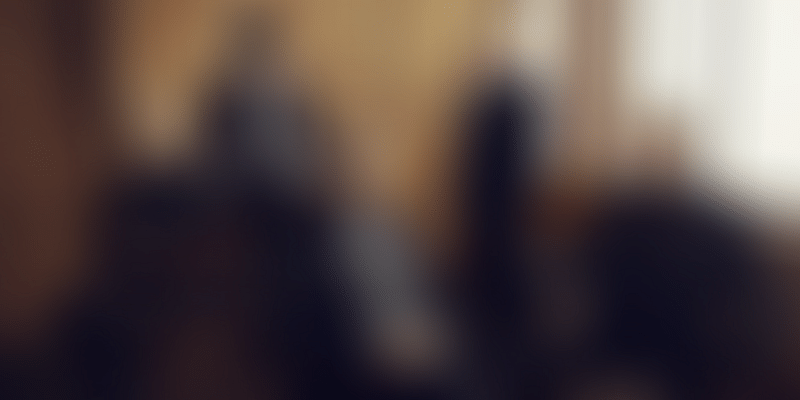 This weekend, don’t miss our exclusive interview with brilliant cricketer Rohit Sharma, enjoy some armchair travel to Vietnam, and check out what author Robin Banerjee has to say about failure and success

Who will win the glittering gold trophy at the Oscars this year? Will it be Todd Phillips’ comic book adaptation Joker, Netflix’s The Irishman or Tarantino’s Once Upon a Time in Hollywood?

Now that the Golden Globe awards are behind us, it’s time for the frontrunners for the biggest award shows of the year to take centre stage at Oscars 2020. If the buzz from the early shows of this awards season is any indication, most people believe that is going to be a Tarantino vs Scorsese kind of a year.

There are also many worthy contenders in the fray for the other trophies. Adam Driver and Scarlett Johansson from Marriage Story, Adam Sandler from Uncut Gems, DC newcomer Joaquin Phoneix, Little Women’s Saoirse Ronan, and Awkwafina are poised to make a strong case for the Best Actor/Actress – Oscar, this coming February.

Don’t miss our predictions on the top 5 movies which deserve to win the Oscars this year. Why not write to us and let us know which films should be added to our list?

As the Vice-Captain of the Indian Cricket Team, Rohit Sharma, is no stranger to ups and downs, and especially, when it is a sport like cricket in India. Rohit is the only cricketer in the history of cricket to score more than one One-Day-International (ODI) double century. He also is the only batsman to date to score three ODI, double 100s.

So, when we got a chance to catch up with him at Kanha, the Heartfulness Centre in Hyderabad, it was an interview like no other. He spoke about the importance of meditation and how it helped him cut the noise out of his life.

Read all about his thoughts on meditation and staying calm in our conversation with this brilliant cricketer.

In a country where music and romantic interludes in a film determine its box-office success, movies based on real life do not fare well. But, out of the blue came a talented director, Saad Khan, with his movie Humble Politician Nograj, a political comedy set in Bengaluru, which became a sleeper hit.

The movie connected with all Indians as it blended political satire, comedy, the disenchantment of youth and the shenanigans that make up the narrative of our daily lives, all in one film. Saad is bringing Nograj back as a series on a well-known OTT platform soon.

Don’t miss this interview with Saad where he talks about being a director, artiste and businessman.

Whether you are a solo traveller backpacking across Asia or travelling with friends or if you are looking for budget-friendly travel options, Vietnam is the best holiday destination for 2020. The country, which is home to nearly 100 million people, rich with options that can cater to every type of tourist. It also holds much historical significance due to the Vietnam War and, earlier, colonisation by the French.

As a result, tourists get to taste a unique blend of the past and the present. If you love cities and want a truly Vietnamese urban experience, head to capital city Hanoi in the North. According to our travel writer, there is an atmosphere of celebration in most pockets of the cities, as people dance, sing, and just have a good time on the streets.

So, why not pack your bags and head to Vietnam for your next break?

If you enjoy reading about the vagaries of the corporate world, and what you can learn from the experiences of other founders and entrepreneurs, check out our interview with author Robin Banerjee, who recently brought out the book, Who Blunders and How: The Dumb Side of the Corporate World. Founders and business professionals can learn a lot about the failure landscape analysed in this book.

The author is MD of Caprihans India, and has 35 years of experience in MNCs in India and overseas. He was at Hindustan Unilever, Arcelor-Mittal, Thomas Cook, Essar Steel, and Suzlon India. He is also the author of Who Cheats and How: Scams, Frauds and the Dark Side of the Corporate World. Robin talks about the importance of customer trust, business brand, and an open culture of discussing failure.

According to him, entrepreneurs in their scale-up journey should pay special heed to management issues, intercultural differences, and cash management.

Don’t miss our interview with this well-known writer.

Michelin-star chef Vikas Khanna says he is amazed that he made his directorial debut The Last Color without any training in filmmaking.

Set in the ancient Indian city of Varanasi, the film follows the life of a 70-year-old widow Noor, played by actor Neena Gupta, and her special bond with nine-year old Chhoti (Aqsa Siddiqui), a homeless girl who aspires to go to school and makes ends meet by performing stunts as tight-rope walking and selling flowers.

Chef Vikas Khanna is an Indian Michelin star chef, cookbook writer, filmmaker and humanitarian. He has hosted a show named Twist of Taste and has been a judge and guest judge on MasterChef Australia in season 6, Kitchen Nightmares, and Hell's Kitchen.

Check out the latest news about his directorial debut.

Do you love authors like Douglas Adams and Bill Gates? Is your fictional hero Tony Stark? Do you hate brittle idlis made out of rava? Is your idea of a perfect holiday involve a road trip across multiple countries with nothing but a car, tent, camping gear, and your best friends?

If yes, you will find a kindred soul in Jugal Mistry, founder of Bombay Trooper, a travel fashion brand that deals with contemporary apparel and designs. Jugal is a big-time adventure junkie who has trekked the Annapurna Base Camp twice, and also gone on other treks of varied difficulties in Himachal Pradesh and Maharashtra. His holidays are often either at a ski resort or at isolated camping spots in the mountains.

As for his motto, to be curious about exploring the unknown and finding new ways to get to the same goal, it is the best way to enjoy and experience the many exciting and beautiful facets of life.

Don’t miss Jugal’s responses to our Proust questionnaire, where he talks about his heroes, greatest regrets, his greatest achievements and more.