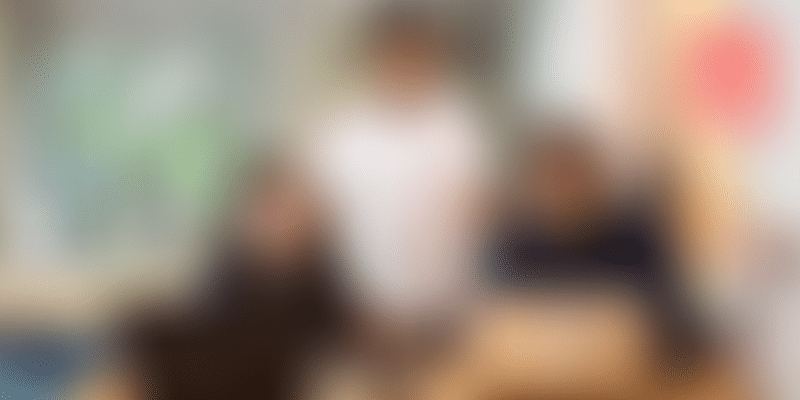 Jaipur-based ExpertRight, which bridges the gap between freelancers and service-seekers or companies, wants to on-board one million freelancers in the next three years.

Ayush Goyal, a BTech computer science graduate from Amity University in Jaipur, started freelancing in his first year of college. He ventured into data entry and was promised Rs 70 per page. For security, he was charged Rs 4,000 at the beginning of the project. After working for almost a month, Ayush discovered that he had been conned. Neither was he paid for his work, nor did he get back the security deposit.

Disappointed but keen to do something about the situation, Ayush started researching the freelance economy in India. In his third year of college, with Rs 20,000 in his pocket, 24-year old Ayush started MissionKya.com.

Founded in July 2016, MissionKya.com was a marketplace that connected freelancers and companies. To make sure that other freelancers were not conned like he was, Ayush introduced the concept of a project moderator. Every project had a dedicated project moderator who looked after timely payments.

In 2019, he rebranded the startup to ExpertRight.

“MissionKya came off as the name of a coaching centre. I wanted to build a global platform for the gig economy; a typical Indian name wouldn’t have worked,” Ayush says.

What started as a team of two is now a 10-member team. Headquartered in Jaipur, ExpertRight’s revenue in the first month was almost nil. The startup now claims to make annual revenue worth Rs 2.2 crore. In fact, it has so far served up to 500 clients, and has worked with more than 18,500 freelancers, since inception.

Ayush says, “Jaipur helps us manage our expenses better since the office rent and travelling is cheaper, when compared to metros.”

Companies, clients, and freelancers can register on ExpertRight’s platform for free. Once registered, companies (usually small to medium-sized ones) post detailed requirements on the website, after which freelancers are notified. Interested freelancers send their proposals to companies or clients, who select the right one, as per their requirements.

After the paperwork and signing of documents, clients deposit an advance payment in ExpertRight’s escrow account. Freelancers deliver the project in the stipulated time frame. After verification and confirmation from the client’s end, ExpertRight transfers an advance payment to the freelancer’s account, after deducting a 10 percent commission.

ExpertRight’s freelancers provide services such as web and app development, content development, sales and marketing, graphics designing, animation, and data entry. “Charges depend on the type of project,” Ayush says.

ExpertRight also has former Metlife and IBM employee Jitendra Singh and Ekta Maheshwari, an MCom graduate from University of Rajasthan, as its core members. Jitendra manages partnerships and alliances, and Ekta is in charge of Inside Sales.

Service as the USP

According to a study by Mastercard and Kaiser Associates, The Global Gig Economy: Capitalising on a $500B Opportunity, the gig economy currently generates $240 billion in gross volume, and is projected to grow by a 17 percent CAGR, with gross volume of $455 billion by 2023.

While there are various platforms and marketplaces like Guru, Upwork, Freelancer, and Wishup that bridge the gap between freelancers and clients, ExpertRight believes it has a differentiator.

The project moderators help freelancers negotiate with clients while making the project deal. After hiring, the manager makes sure that documents are duly signed and stamped by both parties. “This ensures that there aren’t any one-sided terms and conditions in the document,” Ayush says.

Further, during the project life cycle, the project moderator watches over the quality of work being delivered by the freelancer, maintains communication with the client, and provides a single point of reporting.

Once the project is finished, the moderator makes sure that the payments are done timely.

According to Ayush, ExpertRight gets most of its developers from the Tier I cities of Bengaluru and Delhi. Its designers and writers are from Jaipur and Ahmedabad. All animators are from Kolkata.

ExpertRight acquired its initial set of clients via Linkedin and Facebook groups. “Now word of mouth and referrals bring in most of our clients,” Ayush says.

The startup, which had only 60 clients in the first year of starting up, now has a huge client list that includes biggies like OYO Rooms, Hindustan Times, Vetro Power, Travel Triangle, Holisol Logistics, Sistema Bio, Koovs, and NIIT Technologies, among others.

“We have also seen yet-to-be-launched startups hire developers for their product and content writers for their websites,” Ayush adds.

ExpertRight’s major challenge has been turning around the image paradox of freelancers.

"Companies have been very skeptical about performance and timely deliveries. On the other hand, freelancers had their own discomfort trusting clients for timely payments,” Ayush says.

The team overcame this by assigning dedicated project moderators to look after each and every project, taking personal guarantee for the deliveries and payments.

Bootstrapped since inception, ExpertRight is planning to launch a project management automation tool by May 2020. Going ahead, it will soon raise its first round of funding to launch its services in at least three foreign countries.

“We want to tap one million freelancers in the next three years,” Ayush says.