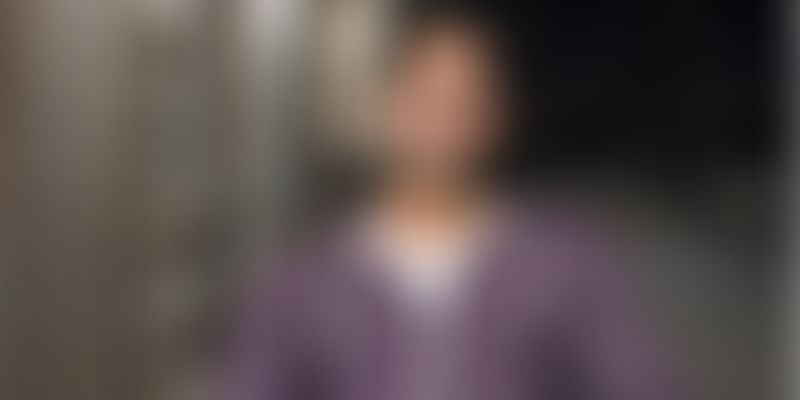 Eight years after he started a skill-based gaming startup from San Francisco for India, Junglee Games CEO Ankush Gera talks about how gaming in India has come of age and why he’s confident about 1000x growth for the industry.

Ankush Gera studied computer science and bioinformatics, but worked in a construction company during his university days. He attended college two days a week; the rest of his time was spent working. Perhaps that’s what led him to understand how to run a business at a very young age.

Ankush started up in 2004, after completing his course at the San Jose State University in the Bay Area. He hasn’t looked back since then. His company, Junglee Games, which was his second startup, was founded in late 2012 and is a pioneer in the Indian gaming space. Boasting of 30 million users, it develops cutting-edge gaming technology and customised licensing solutions for desktop and mobile platforms, and its best-known games include Junglee Rummy, Eatme.io, Junglee Teen Patti, and Howzat. The startup raised $3.5 million in 2013, and has since then breached Rs 100 crore in revenue and the company claims to have achieved Rs 500 crore in turnover.

Junglee Games is one of those companies that was “built in the US for India”.

In an interview with YourStory, Ankush talks how he faced umpteen naysayers when he decided to build online games for the Indian market, the journey of his company, and what the future holds for the gaming sector.

How a one-year-old gaming company became the No.2 player in the Fantasy Sports arena with 3 million+ registered users

YourStory: Numerous companies went after valuation the last decade. In the end, they seemed to disappoint. Why do you think bootstrapping is difficult?

Ankush Gera: Bootstrapping is what we did. I have built a company with 300 people, and it's all thanks to my team. Companies being financed and getting a valuation is not wrong at all. But, I chose to do a business that would not fit the VC tick box. I say this because for them gaming, especially for India, was unheard of at that time. Then I chose to remain in San Francisco, which would have further not fit in their frame of fundable ideas.

I bootstrapped my company to profitability after raising money from friends and family. I love founders who can build a bootstrapped company. On the other hand, in funded companies founders have to handle deal structuring to remain in control. It is important for a company to have good corporate governance. All the problems around “mythical” unicorns are rooted in the lack of corporate governance.

YS: You say you are not a gamer, yet here you are running a large gaming business. How?

AG: I began working when I was very young. I never had the time to play games. I was not an avid gamer, and I started up immediately after college. However, when I was younger I had an Atari2600. I played chess and poker. There was a competitive edge to playing these; they needed mathematical skills. So when I started Junglee Games I realised how much of my past was involved in building this startup. I knew the market in India was untapped.

Prior to Junglee Games, I had a design and services company called Monsoon where we built advanced touch screen software. In the consulting business you don't own the idea, and when I started Junglee I began to feel that I was building something that I was responsible for. I started the company because skill games are such a big opportunity. I did not build an ecommerce or wallet for India. Games entertain and engage; they’re about the mind. When I started the company people said I was wrong and advised me to go in for a niche ecommerce play.

YS: Tell us about your trip to India in 2012 and how you built your company?

AG: My earlier company, Monsoon, was sold to Capital One, and after that I hired someone to build the platform. We launched in India and we achieved product-market fit immediately. In India I hired a COO and immediately went about building a company based on values and culture.

As a founder, it is my duty to build a strong culture. My first employee, apart from the COO, was a person serving tea at a restaurant. Junglee Games offered him the role of a housekeeper. One day, I saw this employee playing a game better than our quality assurance engineer. We took him under our wing and today he is one of our senior QA-engineers. We have several such stories.

Founders have to define values early and focus on core skill sets of people. One must empower people to live a peaceful life. Only five people have quit our company since 2013. Yes, we let go of a few people who did not fit in their roles, but only five out of a 300-member team left us for new opportunities.

We now have offices in Hong Kong, Poland, Canada, and Argentina where we have game designers and engineers.

YS: In this era of acquiring customers, one must be aware of lifetime value-to-customer acquistion cost ratios. How do you look at the gaming market?

AG: We have data scientists and PhDs building the product. When building a game we have to closely monitor how much have we spent on marketing for every dollar earned. One must be careful.

Every year, I think I have not made a mistake and I find myself making one. I have made mistakes in hiring. But I have to say that I have been lucky from the beginning while building Junglee.

Building gaming businesses is not easy. Take Rovio; their 52nd game, Angry Birds, became a success. By then they were almost running out of money.

In gaming, we have two types of businesses: the freemium model and incentive games. The freemium model has not picked up in India. The Candy Crush game is bigger than several apps and online games in India. Junglee Rummy remains our most popular game.

People in India like skill games and love to be incentivised. I travel so much to India because gaming is going to be a big industry here in the next 10 years on the back of the country’s population and rise of smartphone users. Gaming has just scratched the surface. On the revenue side, I see a 1,000x growth for the industry. Yes, India is yet to find its Clash of Clans, but it is getting there.

YS: You started as desktop-first. Why was that?

AG: We could have launched mobile earlier, but we did in 2015. Our games are light and can be played on the browser. They are made for smart phones with less memory; that's why we have so many users. The browser experience is rich and it is engineered to work for India. Thanks to Flipkart, there are several product engineers available in our country. But the future, according to me, is playing over the cloud.

YS: Where do you see startups in India heading in the future?

AG: India has some great companies; Ola, for example, is not a clone, it came around the same time as Uber. As an investor I love investing in B2C companies. I like biotech, healthcare, and IT. I want to invest in startups that are changing the world. I believe the Indian startup ecosystem is going to be making big strides in agritech and foodtech in the next few years.

YS: Do you have any advice for founders?

AG: Founders must remember that they may not find mentors, but can learn so much from the ecosystem. I am in it as long as I am learning. I read more now and have been spending time on learning about cultures and leadership. I would recommend Blitzscaling by Reid Hoffman and 15 Principles of Conscious Leadership by Diana Chapman. In the end I leave founders with just one message: build a company with strong governance.