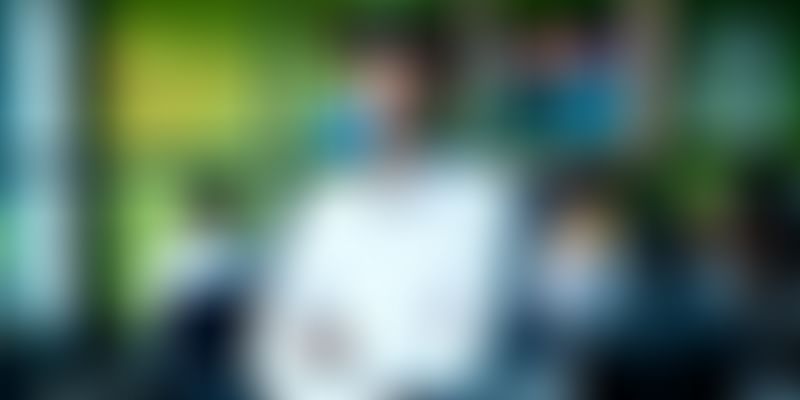 Turning Point is a series of short articles that focuses on the moment when an entrepreneur hit upon a winning idea. Today, we look at Chennai-based FreightBro, which banks on a quality user experience for the logistics industry.

Raghavendran Viswanathan’s first job was with HCL in 2010. The Cofounder and CEO of Freightbro helped develop banking products for the MNC at a time when the industry was going through digital transformation, and the focus was on delivering exceptional customer service.

After finishing his MBA from Narsee Monjee, he went on to work with logistics giant DHL in an “unplanned stint”. After another stint at Panalpina group, one of the world's leading providers of supply chain solutions, Raghavendran realised that user experience did not drive the industry, which is why it remained resistant to technological advancements or change.

In the logistics industry, something as basic as generating a quotation usually takes between 48-72 hours, thanks to the to-and-fro communication between numerous stakeholders.

Raghavendran says: “A normal shipment to a certain destination from India may require an exchange of as many as 100 emails. Such manual interference in day-to-day activities creates a major lag in operations.”

Keen to jump on to the entrepreneurial bandwagon since his MBA days where he was part of his institute's entrepreneurship cell, Raghavendran says his inefficiency radar “would often beep” while he was in logistics.

His research and analysis of the pain points in the industry led him to realise that only technology could bridge the gap and solve existing problems.

Freightbro was incorporated in October 2016 in Chennai by Raghavendran Viswanathan, Mohammed Zakkiria, and Anand Babu. Mohammed was formerly employed at DHL and Panalpina, while Anand worked at the Maersk Line, before starting Freightbro.

Forwarders can manage and control the supply chain on the go, and improve visibility of vendors and internal stakeholders. They can provide instant quotes for any type of freight request (full container load, less-than-container load, air freight, CHA), procure rates and tariffs from service providers, and track shipments. The startup also offers a custom mobile application to third-party logistics companies to perform the same functions as the platform on mobile devices.

“With digital platforms like ours, even small-sized freight forwarders can leverage technology to offer a holistic user experience,” he says.

Freightbro raised a seed round of funding from Suresh Kumar, former Global CIO of Bank of New York Mellon. He is also an advisor to the firm.

Co-founder Mohammed says 2019 has been elemental in the digitisation of the industry, with major global players collaborating with logistics tech startups to enhance their value proposition.

"This increased investments by corporates and investors in logistics innovation startups. With government policies under consideration and considerable investment in infrastructure, we are hopeful that the trend is likely to continue in 2020,” Mohammed adds.