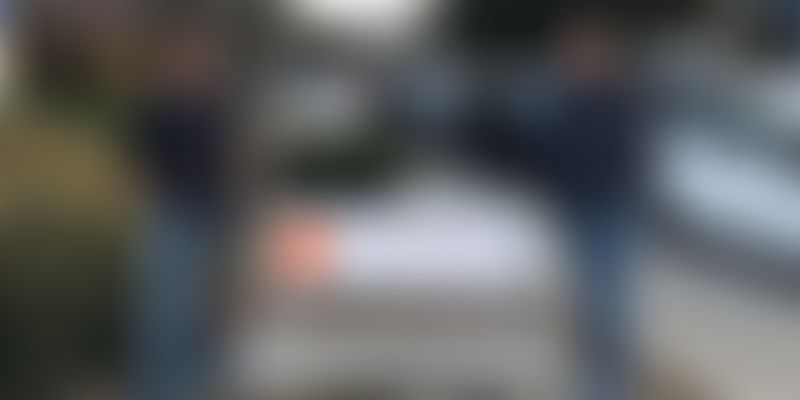 From screening of household staff of individuals to background checks on executive hires for companies, Noida-based HelloVerify, a Y Combinator-accelerated startup, uses technology to produce speedy reports on both white- and blue-collar employees.

Media reports emerged late-2019 that a top official in the Donald Trump administration had embellished her resume, making misleading claims about her professional and educational backgrounds. Mina Chang’s claims included a Harvard education, a fake Time magazine cover, and even a place on a UN panel.

That a major goof-up happened at the White House still does not come as a surprise, say Varun Mirchandani and Karan Mirchandani, Co-founders of Y Combinator-backed HelloVerify, who describe the repercussions of basic background checks as far-reaching.

The brothers, who identified the gaps in the background check space much before this incident, started HelloVerify in 2014. The Noida-based startup is an API-driven background screening platform that verifies the profile of an individual, thereby assisting in hiring, commercial, and financial decisions across industries.

"Our technology makes background checks seamless and provides results in a faster, more accurate, and affordable way to our customers. We operate at the intersection of trust and technology, and are moving a traditional industry forward by re-imagining the way checks are conducted and delivered,” says HelloVerify Co-founder Varun Mirchandani, 36.

What started with just the two of them at the beginning has swollen 325-people-strong startup that has done more than five million background checks to date. HelloVerify has even cracked positive unit economics and recently became profitable, Varun adds.

When Karan, 33, was studying in the US, he saw how seriously American companies took background checks of hires and realised that that was not the case back home. Upon further research, he understood that background checks were a costly and time-consuming affair and many companies gave them a miss to shorten the onboarding time.

“The background check experience in India is complicated, expensive, slow, and extremely lengthy. It was largely being provided for senior-level hires only,” Karan explains.

So, he returned to India in 2013 after completing his MBA and roped Varun to incorporate Delaware C-Corp in 2014 and started working on HelloVerify. It took six months for the brothers to come up with the right product.

“We had a simple tool where customers could simply send and receive cases. Our backend had to be tweaked multiple times to suit various customer requirements,” Varun recalls.

The brothers bootstrapped the startup for the first couple of years and in 2017 were accepted into the accelerator programme by Y Combinator, which found the startup’s model similar to another company, US-based Checkr, that it had incubated.

The screening market in India is now exploding. Varun points out that the job portals in India have over 50 million individuals and 75,000 companies listed on their platforms for recruitment needs. This has rendered the background verification market to be $2 billion today.

There has been a lot of activity in the global background screening space as players such as Checkr, Onfido, and other screening companies have raised large rounds. Checkr is now valued at $2.2 billion on its last fund-raise. Onfido last raised $80 million in its Series C round last year for its identity platform. There are other players like First Advantage and Sterling Backcheck doing really well as global companies like Uber, Lyft, and Airbnb look to conduct periodic background checks on the people they work with.

Closer home, HelloVerify works with customers who want to screen both white- and blue-collar employees. This, the brothers believe, gives them an edge over others who only operate in one of the areas with limited products.

“Competition is divided into those catering to companies with blue- and white-collar workers. Our competitors are focused on either and have regional presence. We are making it possible for enterprises to rapidly hire at scale with ease through our technology, which allows us to provide a report faster, catch more bad actors, thus resulting in a more accurate offering. We have built matching rules that remove the need for manual intervention and the platform can scale with the customer’s requirements,” says Karan of their USP, adding that the short turnaround time for data is another reason they are doing well.

HelloVerify works across the board, be it with large enterprises, SMEs, startups, or even individuals. “Marketplaces such as home rentals, matrimonial sites, and P2P lending are some of the opportunities where building trust through automated background checks becomes a requirement and HelloVerify caters to,” he adds.

The startup has also helped people do background checks on their household staff like drivers and house help, and worked with landlords to vet their potential tenants. It has also worked with a lending portal to assess the credit worthiness of someone using alternative data to supplement a credit bureau decision.

The profit-making startup charges per background report. Without divulging much, the co-founders add that HelloVerify is growing rapidly and works with over 100 of India's top companies across all industries.

“We aim to double our revenue each year as we expand our enterprise sales team and venture into new areas such as marketplaces screening, and integrating with HR providers to drive growth,” says Varun.

The startup’s profits are being re-invested in the future growth of the company.

Following their Demo Day raise of $150,000 at YC last year, the founders are now in the middle of raising a Series A round. “The round will be utilised for offering new products, venturing into blue-collar screening, and to bolster our data science and RPA teams to further streamline delivery,” says Karan, adding that the round would allow them to grow at 100 percent year-on-year for the next five years as they launch new products and expand their services to other sectors of the economy.

The co-founder also says that HelloVerify’s technology team and data scientists are currently working on machine learning to enable new features such as computer vision and predictive analytics for future offerings.

“HelloVerify is looking to tap into an even larger opportunity by creating products for P2P screening, the government sector, and online marketplaces. This will allow us to address a large market of 100 millon individuals in India over the next five years,” Varun says.