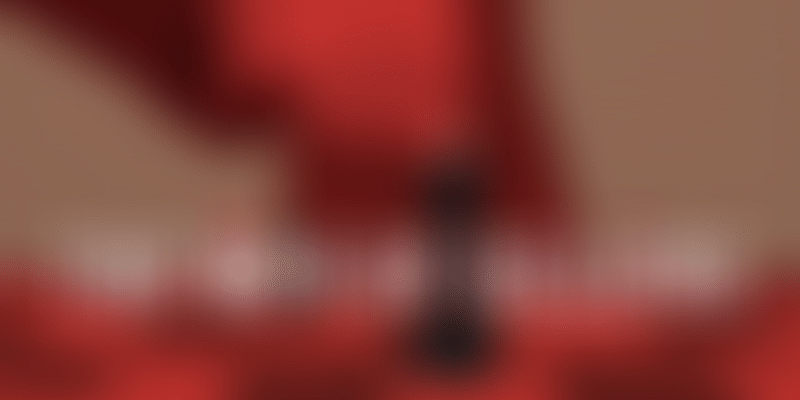 Amazon and Flipkart have studied the market to launch a series of private labels. But where does that leave other sellers, who are grappling with steep margins, visibility, and slow payment cycles?

“It really affects you deeply,” said BabyPro Founder Rachita Agarwal, commenting on Amazon and Flipkart’s private labels, and their impact on other sellers.

But a few months down the line, the startup has decided to stop retailing through Cloudtail.

“They try out categories by taking dealerships. They start their own label in categories that work really well sales-wise. It really affects your sales because no matter how much money you put in, the propped up listings are their own brands. If you are not paying for ads, your products won’t show up. And, customers obviously are inclined towards Amazon’s own products over others because of quicker delivery and the quality promise,” she said.

“Amazon is a trusted brand globally. So if it is vouching for certain products and ensuring that they reach you fast, it is no surprise that consumers opt for those.”

He also pointed out that Amazon “has legacy, which Flipkart doesn’t”, which gives the Jeff Bezos company an edge as far as its private labels are concerned.

However, selling through Cloudtail had not been profitable for Rachita, who said “margins are huge” with a chunk of 30-40 percent of the sales going to the reseller.

Cloudtail and Appario, two of the largest sellers on Amazon.in, have reportedly been renegotiating deals with brands and distributors, demanding higher margins in a bid to chase profitability, after the equity dilution by Amazon. Appario, like Cloudtail, is a joint venture between Amazon Asia and the Patni Group.

Last year, Amazon significantly reduced its stake in both Cloudtail and Appario to comply with the new foreign direct investment (FDI) rules for ecommerce marketplaces that were introduced in December 2018.

When the new rules came into effect in February last year, Catamaran Ventures hiked its stake in Cloudtail’s parent company, Prione Business Services, to 76 percent from the earlier 51 percent, reducing Amazon Asia’s stake to 24 percent from 49 percent. Similarly, Amazon also brought its stake in Appario down to under 25 percent.

‘No motivation to sell’

BabyPro’s Rachita said that over and above the steep margins, there was a “huge'' 45-day lag in the payment cycle that hurts business.

“You still have to spend on ads despite all these costs. Maybe it works for people who have a big ticket size, but it does not for smaller ticket-size sellers like us. That’s why we dropped out. We’d rather just spend on ads on Amazon and get our products listed on the first page,” she said.

As far as Walmart-owned Flipkart is concerned, the entrepreneur said there was “no motivation to sell through them”. She said there were several issues with listings, including visibility, and the entire process was slow and cumbersome, compared to Amazon.

Bengaluru-based startup myDaily’s Co-founder Arpit Gupta agreed with Rachita about Cloudtail’s steep margins. The company retails its range of products that includes whey protein, meal replacement shakes, and green tea on both Flipkart and Amazon. “We have been contacted by Cloudtail to sell our brand, but the margins are substantial,” he said.

Interestingly though, Arpit noted that having a competing product from Amazon’s private label - Vedaka Green Tea - has not affected myDaily’s green tea business “that much, so far”. In fact, he pointed out that myDaily green tea has 4-star ratings on Amazon against Vedaka’s 3.5 stars on the ecommerce platform.

“But organically, our reviews do not compare to the volume of reviews they have. They can gather that initial momentum much more than us or any other seller. They have that advantage, specifically in pricing; they know when exactly to show discounts etc., and not every seller on the platform has access to deals,” he said.

We reached out to Cloudtail to get their side of the story, but did not receive a response.

Deepak Agarwal, Co-founder of Delhi-based startup Auric, believes that Amazon, as part of its marketing suite to sellers, provides a “very evolved keyword algorithm structure that can help new brands reach out to customers in cheaper ways”.

Auric retails its Ayurvedic beverages on both Flipkart and Amazon, but as a seller Deepak prefers Amazon over Flipkart.

“On Amazon, you can do sponsored ads just like Facebook and Google. As an entrepreneur, it becomes easy to try out stuff on a budget. You can reach out to consumers in a bigger and better way,” he said. He termed the Flipkart selling platform “very mechanical, with no human interface”, whereas with Amazon “there is an Amazon representative handholding you on a weekly and even daily basis to get you prime spots, if you are a part of Amazon Launchpad, which is their special programme for startups.”

Auric is one of the startups selected by Amazon for overseas brand marketing and exports, keeping in mind the western world’s increasing fascination with Ayurveda and Ayurvedic products.

Last month, Amazon Founder and CEO Jeff Bezos committed to using the global ecommerce giant’s footprint to give a fillip to India’s exports.

An Amazon spokesperson, in a written statement, said: “We are a customer-centric company and our goal is to provide the widest selection to them while filling need gaps, if any. While we are filling these gaps in selection, we are also encouraging local manufacturers and sellers to launch and build their own brands on Amazon.in as part of the Amazon Accelerator programme.”

The programme has seen brands such as Clotham and Cotton Shoppy in sarees, ESNINO in kids apparel, Supples in diapers, Skrubble in dish wash, Divine India in beauty, Xmate in Bluetooth earphones, and Zinq in powerbanks, among others find success on Amazon.

The Amazon Accelerator programme helps create stealth private labels for small manufacturers along with supplying products for its own brands.

Amazon’s private labels include the likes of Amazon Basics, Solimo, Presto, Symbol, and Vedaka, which are present across various product categories.

According to the terms of agreement of the programme, which Times of India reportedly reviewed in November, Amazon will have an option to acquire these brands at a mutually pre-determined price. One of the riders by Amazon is that these brands cannot be sold on any other marketplace globally, without Amazon’s written permission, the newspaper had reported.

Flipkart’s private brands include the likes of MarQ, Perfect Homes, Billion, and Smart-Buy. The Walmart-owned company’s fashion arm, Myntra, too has created a number of private labels such as Roadster, HRX, Dressberry, Mast & Harbour, All About You, Moda Rapido, and Anouk.

When we reached out to Flipkart for a comment, the company said the concerned team was travelling and it “won’t be able to participate this time.”

Retail consultancy Wazir Advisors’ Co-founder Harminder Sahni said every retailer internationally tends to get into private labelling. “There are certain product and price segments with no brands, so they launch private labels to complete the portfolio. And as far as existing categories are concerned, there is premium in doing it at a lower price with private labels. Ultimately, the aim is to increase gross margins,” he said.

In India, there are still not enough brands across categories, compared to what is available globally, Harminder added. Building successful private labels is no easy feat though and needs as much detail and investment as building any other brand.

“Brands are aspirational and consumers are looking for brands. The private labels need to be projected as brands to be successful.” Consumers may not care about brands for sugar, salt, bakery items etc. as much, but for all other things they are extremely conscious, he said.

On the issue of private labels versus other sellers, Harminder said competing with customers and partners was a “bit of a conflict inherent in private labels”. He added, “The market is already so competitive. Brands get more irritated because margins are tight.”

According to Harminder, the sellers’ irritation was not misplaced at all. “You are basically learning shopping behaviour and replicating. The irritation is well placed.”

However, he was quick to add that it was, after all, a private space and not a state platform, and “only natural for these companies to look at profits”.

Concerns over Amazon allegedly using consumer behaviour data to launch private labels that give it an undue advantage over smaller sellers have also been raised in the US.

Last April, US Senator Elizabeth Warren criticised Amazon for its dual role as a marketplace for selling third-party goods and as a direct seller of its private labels.

“When Amazon can tilt the online marketplace in its own favour, small businesses see an immediate impact in their profits. That can be absolutely crushing; it's not fair, and I'm fighting to end that,” she had said.

Back in India, in December 2019, the Confederation of All India Traders (CAIT) had staged a day-long hunger strike across 500 cities, demanding government action against Amazon and Flipkart’s allegedly “unhealthy and unfair business practices”.

CAIT claimed that Amazon and Flipkart were involved in a preferential seller system, where over 80 percent of their sales were fulfilled by only 10 to 15 preferred sellers on the platform.

“There is naturally more interest on part of Amazon and Flipkart in selling their own private labels than the rest of the sellers registered on the platform. Ultimately, the order securing, the inventory, and everything is controlled by these people. These private labels disturb the total retail ecosystem of India,” he said.

Last month, the traders body said it would launch its own ecommerce stores to take on Amazon and Flipkart. CAIT said it had successfully completed a pilot in Madhya Pradesh to create individual e-stores for traders, and would soon launch it nationally. The platform would have an in-built mechanism to check price distortions and deep discounting, he added.

Late last year, the government reportedly sought details from Amazon and Flipkart on private labels, according to a Times of India October report.

The government’s Department for Promotion of Industry and Internal Trade (DPIIT) is said to have sought several details such as the private label’s contribution to total sales in terms of percentage, their sourcing, and the categories in which the ecommerce giants sell their private labels.

The DPIIT also reportedly asked Amazon and Flipkart to clarify whether factors such as ads affect listing of products.