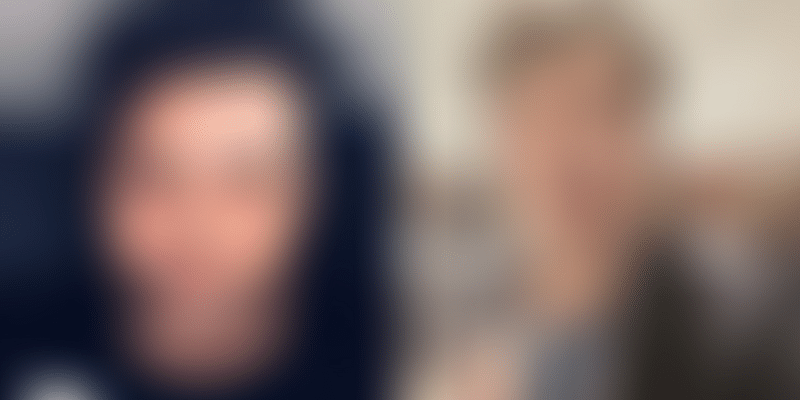 In our increasingly divided world, sport is often the connection that binds people together. People in the digital age are opting for fantasy sports, games where the scores that define possible outcomes are based on real facts.

The founders of Argentina-based TradeStarts want to tap this very market.

Built on a simple premise - ‘How much is your sports knowledge worth?’ – the platform runs a “fantasy sports stock market game where users can trade tokens that represent real-life sport performances”. Think of it as the “Nasdaq of Sport”.

TradeStars is a fantasy sports platform powered by the Ethereum blockchain where users can own, create, trade, and monetise digital assets that represent real-life sports performances.

On top of the game

Christian Hentschel, the CTO of TradeStars, says the fantasy sports industry has had “a great boom in the US” over the last 10 years.

“The rise of smartphones and legal restrictions on sports betting led to a new format. This turned out to be very successful, creating an industry of about $13 billion by 2019, only in the US and Canada,” says Christian, a software engineer and tech entrepreneur who has spent more than eight years in the fantasy sports and blockchain space.

Gaston Maluendez, Co-founder and CEO, is an economist, a blockchain enthusiast, and serial entrepreneur who built and sold his previous companies in the retail industry before starting TradeStars.

The first version of the product was released to a pool of private users by September 2018. The first signed-up users were close friends, who gave feedback and opinions before the public launch.

The private beta was launched by May 2019. For the public beta launch, the startup drafted out a roadmap and reached out to multiple online communities in the industry.

This groundwork led to many people signing up and sharing, which helped on-board around 7,000 users in a few hours, Christian says.

We will invest in blockchain startups that solve Indian problems: Nikola Stojanow of AE Ventures

It is based on simple, but unique, economic incentives and a few concepts represented through digital assets on a public blockchain.

The CTO says the startup is tokenising public sports data into fractionable and non-fungible tokens and that the marketplace model works pretty much “like a decentralised exchange”.

Users register on the TradeStars platform and are presented with different sports cards (NFTs), which they can use to trade shares. The user must back his favourite athlete, keeping in mind performance as s/he builds a portfolio. It is up to every user when to sell, buy, or trade as the market fluctuates.

Interestingly, two of the most popular sports worldwide – football (FIFA) and cricket - are not that popular in the US.

The CTO says there is a huge opportunity to extend a better fantasy sports model in other geographies, and leverage blockchain to innovate and enhance user experience.

India, which has seen an unprecedented rise in fantasy gaming, can be a huge market. From only a handful of companies until a few years ago, there are an estimated 70 fantasy sports platforms in India now. Tencent-backed Dream11 has a market share of almost 90 percent, with a user base of over 55 million.

"Tradestars is unlocking the potential of blockchain gaming with their fantasy sports game. Powered by Matic Network, they have have been able to scale to provide a platform to monetise sports knowledge for 15,000 registered users."

The roadmap so far

The team began by garnering seed funding and acquiring relevant partners to help grow their network.

“Since then, we worked on enhancing user experience, scalability, and many other changes, thanks to feedback from our first users. We secured more funding from some well-connected angels in Latin America, and, in January 2019, launched the public version of the product,” Christian says.

The business model is based on transaction fees; the startup takes a 2.5 percent cut on every purchase operation. It gets a 3 percent cut in NFT trades.

The fantasy sports startup is witnessing an average of $650 a day in trades, which is incremental.

“We’re building a unique product on top of a public blockchain. Using smart contracts, we are enforcing the game and economic rules while ensuring that the system is decentralised, transparent, with continuous liquidity, and virtually borderless,” Christian says.

“Even though we are a fantasy sports platform, these are huge differences from others like Draftkings or Dream11,” he adds.

The team had its fair share of challenges, including building the product and user acquisition, but the founders had only one goal: simplifying overall user experience.

One of the major challenges blockchain products have is the need for users to understand crypto wallets, private keys, and signatures. This is a natural significant barrier to mass adoption of any blockchain-based product.

“We worked very hard to hide technical details as much as possible for users while keeping the privacy, security and decentralisation levels intact,” Christian says.

The platform was built on top of Ethereum. Since a trading game was being built, another major challenge was the urge to have “almost-instant transactions”.

After months of investigation and trials, TradeStars crossed paths with the Matic network team, which allowed it to “provide almost real-time transaction speeds while lowering costs of operations by 100x”.

Christian says he and his team are keen to change the fantasy sports space. Their vision is to provide true digital ownership with transparency, liquidity, and decentralisation, while bringing in newer ways for people to communicate and express their passion for sports.

“We have a marketing plan to reach a million users by the end of the year, focusing on cricket, football and possibly e-sports. This is an ambitious plan and can turn TradeStars into a decentralised application (DApp) with more registered users,” Christian says.