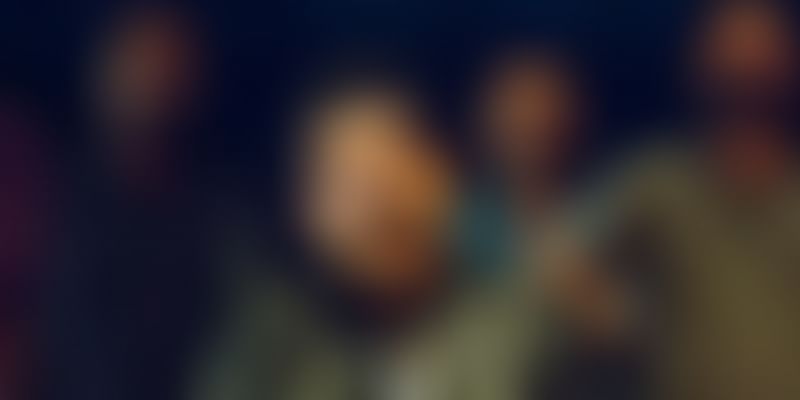 This weekend, don’t miss our interview with Jatin Sarna, best known for his role as Bunty in Netflix’s famous web series Sacred Games.

As Nazi-hunting nun Sister Harriet, Kate Mulvany is fierce and unapologetic in a new show that is now on Amazon Prime, called Hunters.

Known for her roles in 2013’s The Great Gatsby and 2010’s Griff the Invisible, Kate has worked extensively with Australian theatre, and won the Helpmann Award for Best Female Actor in a Play for her role in Richard III. In Hunters, the actress is seen as Sister Harriet, an MI6 agent and she is now a part of a group helmed by Offermen (Al Pacino).

Check out our rapid-fire questions with Kate Mulvany, and don’t forget to catch the show on Amazon Prime this weekend.

Jatin Sarna, best known for his role as Bunty in Netflix’s famous web series Sacred Games, made a big impact on the screen as Nawazuddin Siddiqui's hitman. Now, his movie, 83, is all set to release in April.

But this was not where Jatin started. There was a phase in his life when he could find no work in the Mumbai and had planned to leave the city and go back home in despair. It was only after he bagged a role in the movie, Meeruthiya Gangsters and Saat Uchakkey that people started noticing him.

Read all about his ups and downs as a struggling actor and how he made it finally.

Did you know that you can taste food even before eating it? This is Chef John Wood's maxim in the kitchen. As a Michelin star holder, John is well known for being the Executive Chef at the world-famous Burj Al Arab in Dubai and for founding Kitchen Cut in 2007, which is a cloud-based software that helps in managing a restaurant, track allergens, note the nutritional value of recipes, check calorie values, and more. Kitchen CUT is now operational in 56 countries.

Chef John Wood was in Bengaluru as a judge at the sixth edition of the International Young Chef Olympiad 2020. When we caught up with him, he spoke at length about his culinary journey, the flavours and ingredients that go into making a fine dish and his great love for the versatility of bread.

Don’t miss our exclusive interaction with this celebrity chef.

From soft suits, sturdy waistcoats, to Cuban-collared shirts and multipurpose cross body bags, men have a wide range of fashionable choices this year. So, it is time to toss out anything that looks tired or worn out and try out all the new styles out there, says our fashion writer.

As summer rolls around, it is time for a wardrobe upgrade and to check out all the new trends in the market before going shopping.

Find out all about the styles of the season in our article on the hottest trends in men’s fashion this year.

If you love art, don’t miss an art show that is currently underway in Bengaluru, curated by artist M G Doddamani. This show will support the cause of Bembala, which is an initiative of Whitfield Rising (a citizens' group) that provides support and guidance to women and children facing abuse and violence.

The art show is called ‘oorja’, which means ‘energy’ in Sanskrit and it aims at getting people to observe and enjoy art created by famous artists as well as youngsters. As an artist who has been curating art for over 20 years, Doddamani likes to encourage young aspiring artists to pursue their dreams.

Ten of the 24 artists who are portraying their work at the Oorja show are Doddamani’s own students. The show features over 80 works from 24 artists, including popular senior artists such as Gurudas Shenoy, Basuki Dasgupta, and JMS Mani.

Don’t miss viewing this collection of art and supporting a noble cause.

Do you love writers like Arthur C Doyle, Asimov, Douglas Adams, Terry Goodkind, and Robert Jordan? Is your fictional hero Sherlock Holmes? Do you have a bucket list of 30-odd wishes that range from learning fine art to flying a plane and tap dancing?

If so, meet Arjun Sagar Gupta, the man behind The Piano Man group. He is an Electronics engineer and a Fulbright music scholar who has pioneered several distinct brands under the group, like a musical supper theatre in a jazz bar and a Eurasian restaurant. Currently, The Piano Man group also owns and manages The Piano Man Jazz Club, The Piano Man Bakery, Dirty Apron, and more. His journey with jazz began in his early teens and his love for music grew from an appreciation of the music to an aspiration to play it.

Arjun has been an active member for several years on board the Capital Jazz, and was one of GQ’s 50 most influential young Indians in 2017. And his motto, ‘Avoid excessive avoidance of excesses and always be honest with yourself’, is the best way to be true to yourself and let your true potential shine.

Don’t miss his responses to our Proust questionnaire where he speaks about his greatest loves, regrets, achievements, heroes, and much more.