Decoding Budget 2020: Cigarettes, cooking oil, other items that will cost more from April 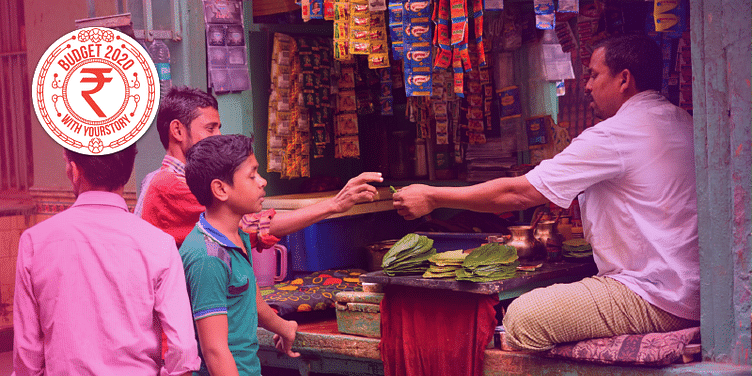 Most industry experts expected Union Budget 2020-21 to be people-friendly and directed at increasing consumer spending. But, customs duty hikes on almost all items of daily usage indicate otherwise.

The longest-ever Union Budget in Indian history comes into effect on April 1, 2020.

Besides the new income tax structure that is driving average Indians into a whirlpool of calculations, some other aspects of their daily lives stand to get impacted too.

This Budget was expected to boost consumer spending to arrest the slowdown in the economy. But, with most household and daily use items getting more expensive, spending might remain low in the new financial year too.

Items that get costlier

Finance Minister Nirmala Sitharaman announced an increase in excise duty on cigarettes, hookah, and other tobacco products. “As a revenue measure, I propose to raise excise duty by way of National Calamity Contingent Duty on Cigarettes,” she said in her speech. However, duty rates on beedis remained unchanged.

Analysts estimate that the price of cigarettes will increase by 5-6 percent across small and large sticks. Even if cigarette-makers were to absorb a share of the price hike, consumers would still have to shell out 3.5 to 4 percent higher on packs.

Following the announcement, cigarette stocks on the BSE tanked. ITC, which accounts for nearly three-fourths of India’s cigarette sales, shed almost seven percent of its value.

Food items like cooking oil, ghee, butter, cheese, and chewing gum will get more expensive from April 1. Customs duty on tableware, kitchenware made of porcelain or China ceramic, clay, iron, steel copper has also been doubled to 20 percent.

The FM also increased customs duty on imported footwear (by 5 percent), footwear parts (by 10 percent) and furniture goods (by 5 percent) - including, seats, mattresses, lamps, lighting, illuminated signs, and others.

Sitharaman explained this move was aimed at boosting ‘Make in India’ production, and also at curbing “cheap and low-quality imports” that were hurting the growth of MSMEs in these sectors.

“Special attention has been taken to put measured restraint on import of those items which are being produced by our MSMEs with better quality,” the FM said.

Imported toys such as tricycles, scooters, pedal-cars, scale models, dolls, etc. are set to face a massive custom duty hike (from 20 percent to 60 percent). So, if you are a parent with a young child, now is the time to stock up.

Mobile phone chargers, power adaptors, fingerprint displays, earphones and headphones will also become dearer due to a 5 percent increase in customs duty on imported goods in this segment.

But given a lion’s share of these items are already being made in India, a narrow impact is likely to be seen on their MRPs, as per telecom analysts.

A five percent health cess will be imposed on the imports of portable medical devices such as blood pressure monitors, insulin infusion pumps, etc. The FM clarified that this was being done to give a fillip to the domestic healthcare ecosystem.

“I propose to impose a nominal health cess, by way of a duty of customs, on the imports of medical equipment keeping in view that these goods are now being made significantly in India. The proceeds from this cess shall be used for creating infrastructure for health services in the aspirational districts."

‘Other miscellaneous items’ including glass beads, artificial flowers, bells, gongs, statuettes, trophies, frames, and mirrors will also get costlier. Duty on these products have been hiked from 10 percent to 20 percent.

Items that get cheaper

Products used in the manufacturing of some electronic items have been exempted from customs. These include components of printers, CD Writers, MP3 or MP4 or MPEG 4 players, pre-recorded cassettes, colour television tubes, etc.

Customs duty on the import of electric vehicles has also been reduced.

Sports goods like cricket bats, rackets, etc., will be added to the list of “duty free imports”. Newsprint too is getting cheaper, which could lead to a nominal deduction on the cover charges of daily newspapers.

“The government seeks to embrace broader goals of liberation of technology and electronic movement, boost its Make in India initiative by laying down additional customs duties... This has also been supplemented with the withdrawal of exemptions or increase in rate of customs duty on import of certain electronic goods.”

He added, “Changes in the customs sphere seem to align the country’s policies with global norms set in the current environment.”