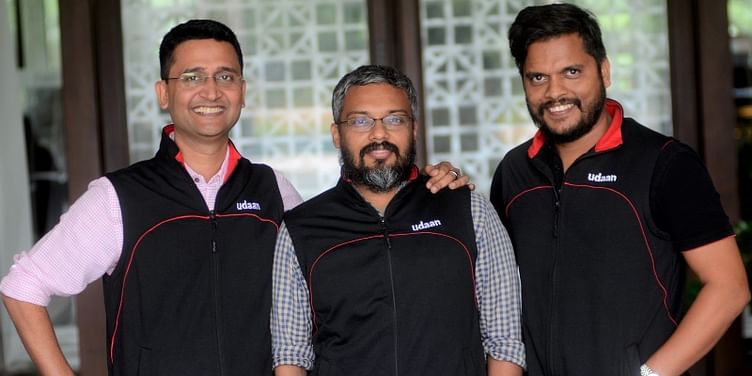 Founded in 2011, Ahmedabad-based startup PetPooja aims to be the operating system of an F&B outlet, and provides billing, menu, inventory management tools, CRM, online delivery as well as payments solution to restaurants.

B2B ecommerce platform ﻿Udaan﻿ has made its first investment by infusing Rs 14 crore (or approximately $2 million) in point-of-sale and restaurant management software provider PetPooja, show company filings with the MCA.

Udaan has made the investment through its Singapore entity, Trustroot Payments Pte Ltd., picking up 6667 Series A CCPS shares at a premium of Rs 20,590 each. It also picked up another 100 equity shares in the company for Rs 20,680.

Founded in 2011, Ahmedabad-based ﻿Petpooja﻿ aims to be the operating system of an F&B outlet, and provides billing, menu, inventory management tools, CRM, online delivery as well as payments solution to restaurants.

According to its website, the platform has more than 10,000 restaurants on the platform, and charges customers around Rs 10,000 annually for its services.

This investment comes at a time when Udaan has already launched QR-code based UPI payments, in a phased manner since November, for retail outlets, restaurants as well as merchants. The ecommerce unicorn has reportedly partnered with YES Bank to launch the service.

“With the fragmented and unorganised channel, payment reliability is one of the biggest problems in India. Typically, sellers have to keep working with their channel and keep collecting payment in small amounts over a period of time. Udaan solves the issue of delayed payments with its reliable on-time, and full payment system.”

Founded in 2016, Udaan is focussed on horizontal B2B ecommerce, and currently has operations across lifestyle, home and kitchen, staples, fruits and vegetables, FMCG, toys, and general merchandise. The platform currently helps SMEs like small manufacturers, brands, mills, and farmers to sell their products across the country at a low cost.