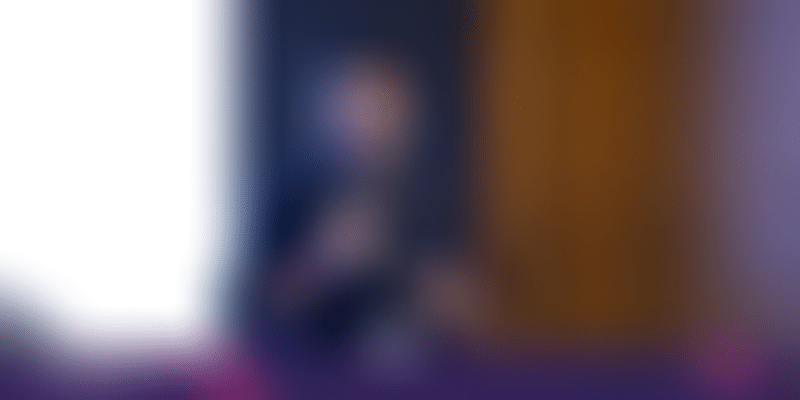 At the third edition of YourStory’s Future of Work conference, Ankush Sachdeva, CEO of local language social networking app ShareChat, reveals what needs to be kept in mind while building a social media platform for Bharat.

To urban India, social media is often synonymous with English, but that doesn’t hold true in the hinterlands of India. Reason enough for local language social networking app ShareChat to bet big on Indian language internet users, who are likely to account for almost 75 percent of India’s internet user base by 2021.

Four years after it was launched, ShareChat now serves 60 million users each month in 15 regional languages.

At the third edition of YourStory’s Future of Work, India’s largest product-tech-design conference, top ShareChat executives discussed what it was like to be “Building a Social Media Platform for Bharat”. They shared interesting nuances on the online behaviour of residents of Bharat, typically non-English speaking and residents of small towns or rural areas.

Ankush Sachdeva, Co-founder and CEO, ShareChat, said, “Every social network that has become big has an interesting story behind it.”

He revealed how a simple WhatsApp group around cricket icon Sachin Tendulkar led to the creation of social groups, and provided valuable insights into how people were craving for “relatable content”.

He reiterated that existing social media platforms like Facebook and WhatsApp are popular, but have not really made headway into Tier III India and beyond. “Sometimes, they have a bias when they explore the internet as majority of the conversation is in English, and they are not comfortable with it,” Ankush says.

Mithun Madhusudan, Director of Product Management, agreed. “Search is not something they (Bharat residents) are used to as the whole construct is in English.”

Future of Work 2020: 5 key insights from Amod Malviya on how Udaan stays lean and drives impact

Mithun added that the ShareChat mission was to simplify the whole process as they were “reaching out to people exploring the internet for the first time”.

Over the course of research, the founders realised that people were sharing content in various languages and majority of this related to ringtones, jokes, festivals, and more. The ShareChat team also learnt that whenever people shared something, it was also downloaded. This resulted in organic growth and a very large user base.

This led the social media startup to explore new genres of content that would lead to an instant connect with users from Bharat. Soon, topics like Salman Khan, festivals, and Good Mornings led to major engagement.

“There is a reason people come here and share this kind of content. It is culturally relevant and we are putting them in a place where they call it home,” Mithun said.

This led the startup to further explore models that could connect better. Along the way, the team realised that people from Bharat were not very comfortable with text search, but do well with “vibrant colour and images”.

Mithun said ShareChat was constantly looking at “building content where it creates a larger connect”.

According to a report, Unlocking Digital for Bharat: $50 Billion Opportunity, the next wave of innovation in India needs to focus on serving the unique needs of the 500 million-plus population base, which is either using the internet or making a transaction on the internet for the first time.

The journey to reach out to next big set of internet users will always be an exciting challenge for technology companies and social media organisations.

“India will have its own social networks because of the many local languages. It depends on who understands what users want,” Ankush said.