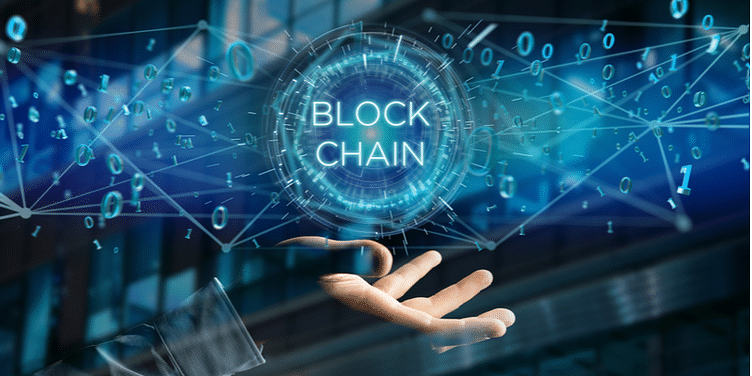 The draft discussion paper titled 'Blockchain: The India Strategy' suggested that regulatory infrastructure should be put in place for evolving a vibrant blockchain ecosystem

A ﻿NITI Aayog﻿ discussion paper has made a case for using blockchain technology to resolve business and governance process inefficiencies.

The draft discussion paper titled 'Blockchain: The India Strategy' suggested that regulatory infrastructure should be put in place for evolving a vibrant blockchain ecosystem.

It also pitched for the creation of a National infrastructure for deployment of blockchain solutions with in-built fabric, identity platform, and incentive platform.

The paper also suggested that the government should adopt blockchain solutions for procurement process.

Blockchains can broadly be defined as a new type of network infrastructure (a way to organize how information and value moves around on the internet) that create 'trust' in networks by introducing distributed verifiability, auditability, and consensus.

Blockchain is seen as a technology with the potential to transform almost all industries and economies.

The World Economic Forum (WEF) anticipates that 10 percent of the global GDP will be stored on blockchain by 2025 and lists blockchain as one of seven technologies that are anticipated to revolutionize various aspects of our lives.

Earlier in January , Niti Aayog said that it will develop a National Data and Analytics Platform (NDAP) to make all government data accessible to stakeholders in a user-friendly manner.

Releasing the Vision Document for the NDAP, Niti Aayog vice-chairman Rajiv Kumar said the NDAP will strive to ensure that the data is assured, consistent, coherent, and credible.

"Given that data is the new oil, we at Niti Aayog feel the need to modernise our data system," Kumar said.

According to the vision document, data across sectors should be coherent to support analysis and dissemination.

"In addition, there should be easy access to the most recent data, published reliably," the document noted.

The NDAP will host multiple datasets, present them coherently, and provide visualisation and analytics tools.

The first version of National Data and Analytics Platform is proposed to be released in 2021.

NDAP will be a reliable platform for up-to-date data. Standard Operating Procedures (SOPs) will be developed to keep data updated, it said.