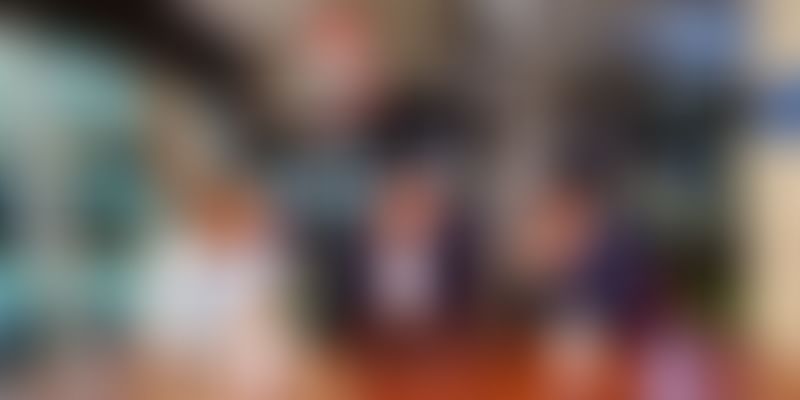 Kuvera claims to be India's second-largest personal finance and wealth management startup after Zerodha. It also competes with Paytm Money, ETMoney, and several others.

Wealth management in India has traditionally been a chequered sector. It is plagued with a dearth of trust and transparency, and inundated with mis-selling and misrepresentation. Only about two percent of equity investments by individuals generate returns, according to industry estimates.

However, in the last three to four years, wealth management has got a digital makeover, with the advent of tech-led personalised financial planning platforms or robo advisory startups.

Kuvera is one such robo advisory platform for personal financial planning and investing that wants consumers to be their own wealth managers.

“The financial services sector has a transparency shortfall. Due to our background, we were quite aware of how banks misrepresent and give customers a rosy picture. They are sold stuff that is not appropriate for their needs. Even online, systematic mis-selling can happen. With Kuvera, we wanted to fundamentally change that.”

The platform was built on the premise that it would use technology to nudge users towards actions that were needed based on their specified financial goals.

In three years, Kuvera has signed up 500,000 users and manages assets to the tune of Rs 8,000 crore. It has processed 12 million transactions along the way.

The startup’s growth has been particularly impressive in the last 12 to 15 months, with assets under management growing 3.5x and the customer-base expanding 5x.

Kuvera has also started generating revenues from a quarter ago, and claims to be growing at 25 percent month on month. At present, its average portfolio size is Rs 10 lakh. Most of its customers are aged 30 or above, and belong to the mass-affluent section in India’s top metros.

“Most of our growth has been through positive word of mouth. We haven’t spent much on marketing. In fact, our ad budget is less than one-fifth of some of the big players in the market. It is our existing users who have referred Kuvera to their friends and peers. They have helped start conversations around personal financial planning.”

How the AI-led platform works

On Kuvera, customers can enter their personal details, set up financial goals from tax-saving to house-buying and retirement or child’s education, and more.

The platform uses artificial intelligence algorithms to assess the customer’s credit profiles and risk appetite, and recommends suitable financial products based on their goals.

A variety of investment products are on offer on the platform, thus reducing customer’s cost of access too. They can choose from mutual funds, digital gold, and the just-launched savings account-like offering known as SmartSave. It also allows users to have a single-window view of their entire family’s mutual fund portfolio.

By the end of this financial year, Kuvera plans to expand to other verticals like lending and insurance products. “We are also building a portfolio management system product for advanced investors,” says Co-founder and COO Neelabh.

Kuvera, which has offices in Mumbai and Bengaluru, is also among the handful of wealth management services in India to provide a ready ‘deactivate’ option for users to close their accounts in a quick and hassle-free manner.

“Once an account is closed, all the data is archived and never used again,” Gaurav says. “We not only make it easy for users to set up an account and start investing, but we also make it easier for them to leave, which is important,” he adds.

Last April, Kuvera raised $4.5 million in a Series A round from Eight Roads Ventures, the proprietary investment arm of Fidelity International Limited. Prior to that, in March 2018, it had raised a bridge round of $250,000 from a clutch of angel investors. The startup deployed the capital primarily on product development and hiring talent.

Alokik Advani, Head of Fintech Strategic Investments at Eight Roads Ventures, who also sits on the board of Kuvera, had said at the time of funding,

“This is our team’s first investment in India. We are really impressed by the platform, which is at par with the best. We will leverage our close relationship with Fidelity to support Kuvera in serving the Indian consumer.”

The founders reveal that their next fund-raise will likely take place in four to six months as the platform expands its advisory offering across financial products. The 46-member startup also plans to ramp up its deep-tech algorithms to provide more targeted advisory as it signs up more — and diverse — users.

Given the dramatic growth in the wealth management and robo advisory space in India since 2018, creating a differentiation is almost imperative.

Kuvera competes with the likes of Zerodha (which leads the market), Paytm Money, ETMoney, Groww, Sqrrl, Scripbox, Cube, INDWealth, Monitree, and several others. “But, we are the clear #2 right now behind Zerodha,” Gaurav asserts.

He reckons that with fintech leaders like Paytm, and even PhonePe and Mobikwik, venturing into the personal wealth management space, the sector can only gain.

“There are about 60 to 70 mutual fund startups in India. But, with big players like Paytm Money splurging all the marketing money to educate users, it benefits everyone else. Now, there is a lot more conversation happening around personal financial planning, tax-saving exemptions, and so on.”

Then, how does Kuvera stand out in the clutter?

“There will always be a distinction between a transactional platform and a relationship platform,” Gaurav says. “We are focusing on the latter.”

Sure, it takes longer for the platform-user relationship to grow, but it also means that customer stickiness is that much more. And, that is what Kuvera is chasing.