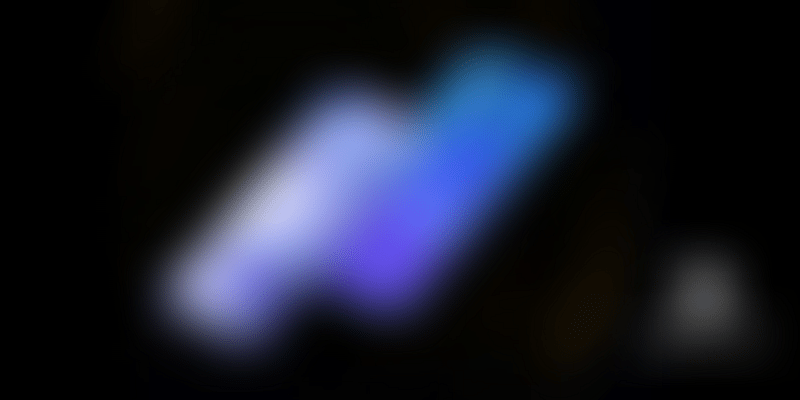 The Poco X2 is a good value-for-money option if you’re looking to upgrade from your old Xiaomi device, but there are some limitations.

When Pocophone (then part of the Xiaomi brand) launched the Poco F1 back in 2018, it took the “value flagship segment” by surprise.

Eighteen months later, the smartphone is still a roaring success. It’s on sale in many markets, including India, despite several new entrants in the space.

The company took a hiatus in 2019 and went through internal changes. At the turn of the decade, Xiaomi has hived off Pocophone as an independent entity. And, the Poco X2 is its debut product.

Essentially, it is a rebranded version of the Redmi K30 that launched in China recently. For now, the Poco X2 will retail only in India. While it might not have taken the market by storm as its predecessor did, the Poco X2 is still an attractive proposition.

We reviewed the Atlantis Blue colour variant of the device, and here are our impressions.

The Poco X2 design is immediately striking. On the rear of the device, you see the prominent ‘POCO’ branding at the bottom and a circular ring around the vertical quad-camera setup.

The ring comes with a ‘designed by Poco’ branding around the 64MP AI Super Camera setup. It doesn’t quite do justice to the design, the Poco X2 would have been better off without it. The colours are vibrant and blend seamlessly into the phone’s build.

The device is pretty light and can easily be used one-handed. The problem though lies in the fact that it can be quite slippery without a case. Even with Gorilla Glass 5 on the rear panel, you may not want to be caught without a case on it.

The most prominent element in the front of the device is the punch-hole display. There are dual-front cameras that are pushed to the right, leaving a lot of empty space, which might remind you of the Samsung Galaxy S10 Plus.

The Poco X2 has a 6.67-inch LCD panel (2400x1080 resolution) with a 120Hz refresh rate. The refresh rate makes a world of difference when scrolling. Once you experience it, you can never go back to a regular 60Hz panel.

But, the LCD display has its downsides. There’s no provision for an in-display fingerprint sensor, and it doesn’t have an always-on option.

That apart, the display is standard for a device in this price bracket. But, the software isn’t optimised to take full advantage of the refresh rate. MIUI, Xiaomi’s native OS, is to blame here. Compared to the 90Hz refresh rate on the OnePlus 7T, we noticed some lag on the Poco X2. And that’s disappointing given its high refresh rate on paper.

What works for the display is its vividness and the sharpness of text. Reading is a delight on the device.

You get a Snapdragon 730G chipset which is pretty capable of day-to-day tasks. There’s liquid cooling for managing the thermals during lengthy gaming sessions. It works for the most part, except while the smartphone is charging and/or casting onto a TV.

The smartphone has a 4,500mAh battery which handles the power-hungry 120Hz display and is also bundled with a 27W charger that takes just over an hour to go from 0 to 100 percent charge. The Poco X2 also comes with fast-charging capabilities, which means it can go from 0-60 percent in just half-hour.

While the hardware is pretty good on paper, it is let down by a half-baked OS.

The major difference between the Poco X2 and other Xiaomi phones is that it sports an app drawer. The device runs MIUI 11 based on Android 10 and comes with a default Poco launcher feature. The good part is that the X2 is not burdened with sleazy ads that most Xiaomi phones throw up at the user. This one has ads integrated within the Mi browser and allows you to delete them.

There are two downsides to the software. First, it has an automatic brightness issue. You have to turn the feature off and manually adjust the brightness depending on your surroundings. Second, push notifications are inconsistent. There is a lag for some apps, while some other notifications fail to show up completely.

You get about 24 hours of battery life for medium-to-heavy usage. Added with fast charging, you’re good to go.

Xiaomi is no stranger to 64-megapixel sensors. But, the Poco X2 is the first smartphone in India to use the Sony IMX686 sensor.

Daylight photos with the 64-megapixel sensor are fantastic. You get vivid and accurate colours that are not oversaturated. It’s got above-average dynamic range as well. But, the low-light performance is unsatisfactory. There is a loss of details and a dearth of colour accuracy.

Portrait shots turn out well though. The edge detection is up there with the best, and the Poco X2 can capture small objects very well. The macro lens disappoints and produces passable shots at best.

The phone also has a t20-megapixel front shooter and a 2-megapixel portrait lens, producing decent results.

Verdict: Is the Poco X2 worth a buy?

It is a great option for those considering an upgrade from an older Xiaomi device, especially because they are already familiar with MIUI.

But, the Poco X2’s main competition comes from Xiaomi’s own similarly-priced Redmi K20, which sports added features like an AMOLED display and a pop-up selfie camera.

Nonetheless, the X2 is a good buy in the sub-20,000 smartphone segment, even though it is hardly as groundbreaking as the Poco F1 was.