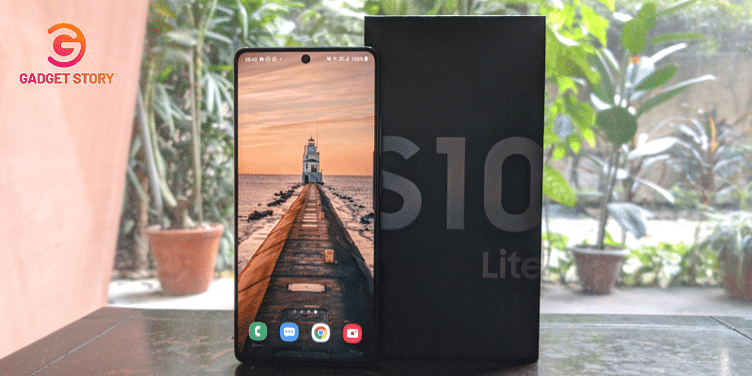 The Samsung Galaxy S10 Lite, a watered-down flagship, recently went on sale in India. Is this finally the smartphone that can reinstate the company’s position in the market?

Samsung’s watered-down flagship Galaxy S10 Lite, which went on sale in India only recently, is a fun smartphone to explore.

While 2019 may have been a mixed bag for Samsung, its concerted effort with its budget M-series and mid-range A-series devices seem to have paid off. Consumers are finally beginning to take the company seriously in the below Rs 30,000 segment.

The budget and mid-range segments are now getting competitive hardware to match, and even outmuscle, the competition.

The South Korean manufacturer has been consistently losing market share to one company over the past few years – OnePlus. Now, with Galaxy S10 Lite and Galaxy Note 10 Lite, it looks like Samsung is taking the Chinese smartphone maker head-on.

Snapdragon and a snappy UI

The Galaxy S10 Lite is Samsung’s first flagship with a Qualcomm Snapdragon processor in a long time.

With a Snapdragon 855 processor and 8GB of RAM, it breezed through most tasks, performing better than several flagship smartphones of 2019.

In the day spent testing its limits, the S10 Lite only stuttered for a couple of seconds while switching between heavy games. Safe to say, there isn’t anything ‘lite’ about this smartphone.

Samsung seems to still have a few tricks up its sleeve with the One UI 2.0, which is based on Android 10. On the Galaxy S10 Lite, it is snappy and responsive, without the bloatware burden previously seen with TouchWiz.

Huami Amazfit GTS: Apple Watch clone that falls behind in OS and performance

Beefier battery for the win

The Galaxy S10 Lite has a 4,500 mAh battery, larger than the S10 Plus’ 4,100mAh battery. With a flagship processor, a ‘lighter’ UI, and a beefier battery, it can last for a really long time on a single charge.

It lasted for almost 36 hours on medium usage, even comfortably yielding five hours of screen-on-time (SoT).

However, if you game and watch videos a lot, the Galaxy S10 Lite will probably last only a day, extending into the early hours of the morning.

But fret not, the phone supports 25W super-fast charging, and you can get from zero to 50 percent in about half an hour, and needs one and a half hours to get to 100 percent.

The only downside is that the Galaxy S10 Lite doesn’t support wireless charging, mainly because Samsung doesn’t extend ‘wireless charging’ to any of its non-flagship smartphones, which won’t be changing anytime soon.

A camera to die for

What gives the Samsung Galaxy S10 Lite another point among many other phones in the company’s portfolio is the Super Steady OIS camera.

The macro lens on the Galaxy S10 Lite works great marginally better than most, giving you clean and pretty sharp images of objects observed from a distance.

If you have an Android smartphone, look no further than the Samsung Galaxy Watch 4G

Samsung Galaxy S10 Lite doesn’t have a curved screen or a glass back. Neither does it have the gradient effect that was in the vogue on the S and Note series smartphones of 2019.

But, it still looks and feels quite premium. The smartphone has a brand-new triple camera setup in the top left corner, which protrudes just a little and is rectangular.

The device is also not heavy to hold in one hand, living up to the ‘Lite’ in its name, mainly thanks to the slimmer bezels on the front. The back and the sides are made of polycarbonate, which is only noticeable on close inspection.

One of the S10 Lite’s most surprising perks is its call quality. Whether on a Bluetooth headset or directly using the phone, the receiver and speaker were very clean.

Joys of the big screen

The Galaxy S10 Lite is larger than any of the other Galaxy S10s, sporting a 6.7-inch (2400 x 1800) AMOLED display. While, it is obviously not as premium as the flagship Note/S series smartphones, but it has great viewing angles.

Text looks crisp and the display has adequate brightness. Its ‘automatic brightness’ felt a bit buggy, but that can easily be fixed with a software update.

The front is almost all-screen except for the tiny punch-hole cutout in the top centre for the selfie camera. The bottom features a very thin chin, which is hardly noticeable with a case on.

The bad and the ugly

No device can come without problems. For the Samsung Galaxy S10 Lite, one of the off-putting aspects can be the large “Super Steady OIS” branding on the camera setup.

Another negative is the glossy nature of the phone, meaning that the device is a fingerprint magnet. But, Samsung seems to have thought it through at least in India, and select other markets. In these markets, a transparent case is included in the box, which helps keep the fingers from touching the rear panel.

One of the biggest letdowns was that the Galaxy S10 Lite would heat up while casting with the Amazon Fire Stick within an hour of streaming – warm enough to get pretty worried. The phone also heated up during some cycles but that was barely noticeable.

The device is also not as sturdy as the S10 or Note 10 series. The protective screen it came with wasn’t as effective and got scratches within a day of use.

One understandable downside – with regards to cost – is that the Galaxy S10 Lite isn’t waterproof nor is it dust resistant.

Last but not least, the device has a single loudspeaker, a disadvantage for those who want to binge-watch without earphones. At over 75 percent volume, the audio starts to distort, ironic given the brilliant display.

Who Samsung’s target market is for this phone is the question of the hour. In India, it’s targeting the OnePlus 7T clientele. When the Galaxy A71 (below Rs 30,000) and the Galaxy S20 series (starting at Rs 65,000) launch in India, the Galaxy S10 Lite will prove to be a middle-ground, yes.

But the question is – will it be enough? There’s nothing really premium about the Galaxy S10 Lite. It’s clear that some corners were cut to reach this price point but it is also far from a budget offering.

With OnePlus stealing the ‘premium segment’ market share in India, Samsung needed an offering to match and Galaxy S10 Lite perfectly fits this void. It may not be as fast as the OnePlus 7T, but it’s an equally capable package with better cameras.

To sum it up, the Galaxy S10 Lite is a solid, mid-range smartphone with a fantastic display, great battery life, more than capable cameras, and snappy performance.

Will it win over the OnePlus? Only time will tell.

Meet Amazon Echo Flex, the most affordable way to carry Alexa around the house