The Ambrane Fireboom is an innovative 2-in-1 speaker with limited range, but great battery life 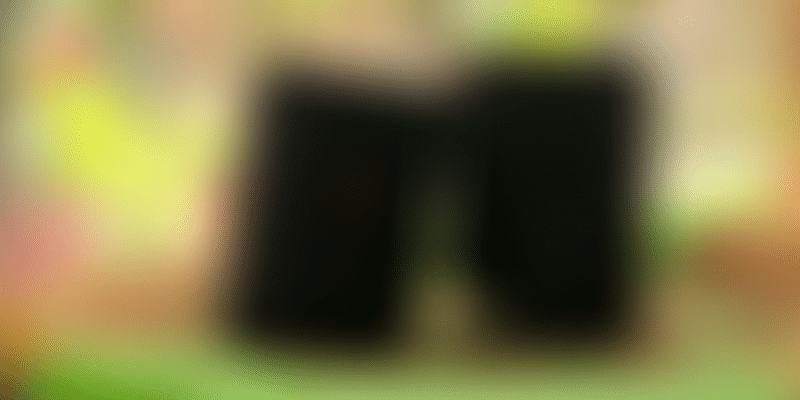 The Ambrane Fireboom 2-in-1 detachable speaker has an innovative design, solid build, good battery life, and decent audio output. But is it worth the price?

Ambrane isn’t a brand you would usually look for while buying audio products. It isn’t a household name yet, but that doesn’t mean the products aren’t good.

The brand new Ambrane Fireboom 2-in-1 detachable speaker took inspiration from the design of the TWS earphones and adapted it to a Bluetooth speaker. It’s no surprise then that the Fireboom has won the RedDot Design Award for 2019.

The Fireboom comes with a 3,000mAh battery that can run for eight hours on a single charge. The range isn’t much but with an asking price of just Rs 3,999, is this worth spending your hard-earned money? Let’s answer that for you.

The Fireboom is a 20W speaker (or rather a boombox) that can produce 360-degree sound. It has mini-woofers on either end, and can be twisted and separated into two mini 10W units.

A silicon strap holds the two speakers together, but it’s your choice whether to use them at all. The strap doesn’t connect the speakers; it’s only there to serve as a makeshift stand. As a bonus, there’s also a loop at one end that can be used to hook the speaker up to a knob on the wall or your bag.

The two speakers have angled designs and can be kept on a table without worries of them falling off. The design also serves a second purpose. The mini-woofers can be pointed in any direction. Both speakers have volume controllers, which double up as a fast-forward/rewind button. The power buttons double up as a play/pause button.

Each speaker has an individual micro-USB port for charging purposes.

Last but not the least, the Fireboom has an IPX7 rating, which means it is dustproof and waterproof. It can withstand up to one metre of water for up to 30 minutes. But we don’t recommend that you don’t try this.

For optimal sound, it is recommended you place it flat on the power buttons. So what if it rolls over? You don’t want to muffle the mini-woofers. Also, keep the two speakers together. If you’re buying this product to place them in different parts of the room, remember that there will be a lot of audio drops as the range isn’t very good.

With both the speakers together, the 20W output provides for a rich and balanced sound. When one is watching sports, it almost feels like one is inside the stadium. That’s as good as it can get for a Bluetooth speaker of this calibre.

The problem is that the design doesn’t do much to help improve the quality of the audio. The mini-woofers don’t provide the bass you might be hoping for.

Still, keeping all that in mind, the speaker does a fine job with low frequencies and even the highs don’t crack unless it is at full volume. Speaking of which, the full volume isn’t as loud as you’d expect it to be. Don’t expect these speakers to drown out a party when needed. They’ll be good for background music, though.

The problem I faced was both with connectivity and range. Trying to get both the speakers to work together was a huge pain. I tried multiple smartphones and even my Galaxy Tab S6, but both speakers just wouldn’t work in tandem most of the time. The speakers would connect to individual devices, but both wouldn’t connect to the same device.

Ambrane needs to create an app to better control this. It’s a simple fix with a software update/app, and we hope the company pays heed to it soon.

Lastly, the range of the speakers isn’t much. Just a couple of metres for optimal connectivity. Go further away and you’ll notice many drops in sound, some for a few seconds, and some lasting far longer. Keep the speakers close to your device and they work almost flawlessly.

The Pebble Twins Stereo Earpods are affordable, but your ears deserve better

Ambrane has done a good job vis-a-vis battery life. I got close to eight hours on a single charge. That’s what the company claims and it delivered. Considering the 20W output, this is pretty good indeed.

One has to individually charge both speakers, and though there isn’t any fast charging, the speakers don’t take too long to charge. Each speaker takes about two-and-a-half hours to fully charge after being completely drained.

Are the Fireboom speakers worth the price?

At Rs 3,999, the Fireboom Bluetooth speakers from Ambrane are a decent buy. If you’re okay with occasional drops in sound then this should be on your shopping list.

The Fireboom has an innovative design, a solid build, good battery life, and solid audio output.

However, the frequent loss in audio may prove enough to deter potential customers. One hopes that is fixed with a firmware update or in the upcoming Fireboom 2.0 (assuming its successor is in the works).