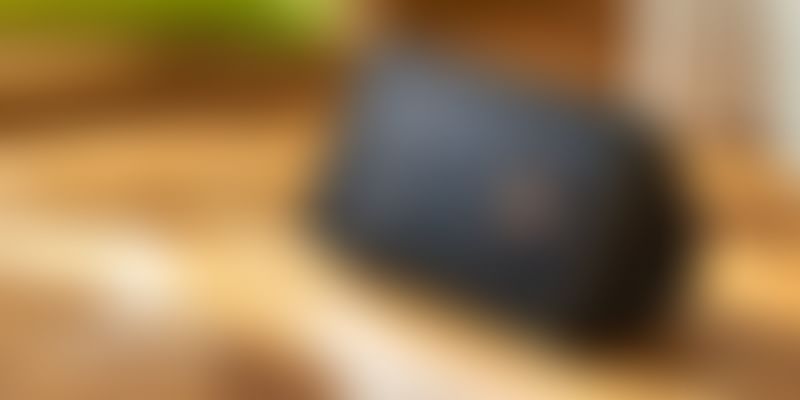 Amazon’s latest Echo device in India is the cheapest till date and comes with a multipurpose touchscreen along with an Alexa-enabled smart speaker.

It definitely looks like Amazon wants everyone to have Alexa. The Echo Show 5, which launched in India earlier this year, is priced at a pocket-friendly Rs 8,999 and is the most affordable Echo device till date.

While a bigger size is always better for ‘smart display’ devices, the Echo Show 5 sits pretty at just 5.5 inches. (Amazon has rolled out a larger 8-inch Echo device, but that is yet to launch in India.)

So, we made do with the Echo Show 5 for this review and took it for a good spin (well, kind of).

Smart speakers are good, but a display adds extra functionality. Instead of merely listening to a food recipe, for instance, one can actually watch the food being made on YouTube.

The Echo Show 5 is triangular in shape and the display rests at an angle. It has a 5.5-inch touch-sensitive display with a 960x480 pixel resolution. While this does not match up to the full HD displays of modern smartphones, it is vibrant enough to serve as a visual aid for the Alexa voice assistant.

This Echo Show has a solid build. It gets a good grip from the rubber foot on its base and stays sturdy on a flat surface. There are three buttons on top for volume control and the microphone mute.

There is a 1-megapixel camera, too, in case you want to make a voice-cum-video call from the device. But, if you don’t really want to reveal your bedroom or kitchen’s look, there is a notch to cover the camera too.

Just like the previous Echo devices, the Echo Show 5 too, comes with a ‘Drop-In’ feature, which allows you to call your friends and family without them having to press ‘accept’ to answer the call. With this feature enabled, the camera on the device gets activated in five seconds.

And, last but not the least, there is a 3.5mm audio jack, a micro-USB port for attaching external speakers, and a power port.

A display that is really ‘smart’

A smart display at just Rs 8,999 could turn out to be the biggest selling point of the Echo Show 5.

The touchscreen allows you to browse the internet, flip through photos, watch movie trailers, cooking videos, music videos, news, and much more. Despite the small display, the text legibility is good.

You can also set alarms and customisable clock-faces using on-screen navigation. The alarm can be snoozed by either directing Alexa to do it or hitting the top of the clock (like in old times).

Another feature slowly brightens the display right before the alarm goes off. This is meant to mimic a sunrise and is functional only between 4 am and 9 am.

For a device of this size, the quality of audio will surprise you. Listening to music on the Echo Show 5 is a pleasure. The two microphones are quite powerful too.

Amazon asserts that the Echo Show 5 can hear you from any part of your house. We tested this by speaking close to the device, as well as, from far away. And, Alexa could indeed catch the commands quite seamlessly.

What could have been better

Unfortunately, since the Echo Show 5 has to be connected to a power source at all times, you can’t simply pick it up and take it around with you.

Another downside is the lack of a home button. One has to pull down a menu from the top and then find their way back to the homepage.

The other shortcoming of the Echo Show 5 is that it is not really meant for multi-tasking. You cannot search for something without closing the current task that Alexa is completing.

Do you need it?

Well, if you want an added dose of smartness on your bedside table or in the kitchen, get the device. Alexa is helpful with recipes and also as an alarm clock.

The screen is an added visual treat. News, music, and videos – getting it all without the touch of a button is something a lot of people might sign up for. Amazon has nailed the pricing too and made it appealing for the price-conscious Indian segment.

But, if you already own an Echo device, you could perhaps skip the Show 5.