Amid coronavirus, China reports death due to Hantavirus: here's what you need to know 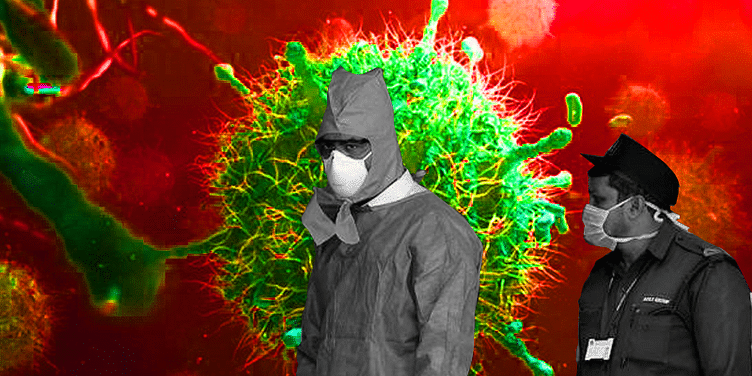 As per reports, a man died on Monday in China while travelling to Shandong Province for work on a chartered bus. He tested positive for Hantavirus.

At a time when coronavirus cases continue to rise across the world, media reports revealed a death in China’s Yunnan province due to hantavirus.

According to a tweet by China Global Times, a man died on Monday while travelling to Shandong Province for work on a chartered bus. After being tested positive for hantavirus, 32 other commuters on the bus were also tested.

A person from Yunnan Province died while on his way back to Shandong Province for work on a chartered bus on Monday. He was tested positive for #hantavirus. Other 32 people on bus were tested. pic.twitter.com/SXzBpWmHvW

Amid the COVID-19 crisis, this news spread like wildfire, causing panic across China and around the world. However, there is no need to worry about human-to-human transmission, according to reports. As per the information provided by the Centers for Disease Control and Prevention (CDC), hantavirus cannot spread from one person to another.

While CDC mentions human transmission is not possible, a news report by DNA India says that the possibility of person to person transfer cannot be ruled out.

Here are some other details you should know about hantavirus:

According to CDC data, hantavirus can cause Hantavirus Pulmonary Syndrome (HPS), a serious respiratory disease, and Hemorrhagic Fever with Renal Syndrome (HFRS) among humans. It is a family of viruses which is spread mainly by rodents.

CDC also states that the disease is not airborne and spreads when people come in contact with urine, feces, and saliva of rodents carrying the virus.

“Breathing in the virus is the most common way of becoming infected; however, you can also become infected by touching the mouth or nose after handling contaminated materials. A rodent's bite can also spread the virus,” the CDC report said.

Deer mice, which are four to nine inches long, are reportedly the primary carrier of the virus which causes HPS in humans. According to CDC, deer mice are found throughout the United States, except in the Southeast and East Coast.

How will COVID-19 affect startup funding

According to the CDC, the symptoms of HPS may appear within three days to six weeks after the infection. The initial symptoms include fever, headache, abdominal, joint, and lower back pain. One may also experience nausea and vomiting.

Apart from these, the major symptom of HPS is difficulty in breathing caused due to build up of fluids in lungs. In chronic cases, this may accelerate into complete inability to breathe.

According to WHO data, prior to this, the Argentinian Ministry of Health and Social Development pushed an alert regarding an increase in cases of HPS in Epuyén, Chubut Province on December 19, 2018. The report revealed that a total of 29 cases, including 11 deaths, were reported in Epuyén in between October 28, 2018 and January 20, 2019.

Prior to this, the Panama Ministry of Health had also reported increasing number of hantavirus cases in Los Santos Province, Republic of Panama

According to CDC, there is no specific treatment for hantavirus infection. The report reveals that people who are detected with the infection early on are intubated and provided oxygen therapy to deal with the respiratory troubles.