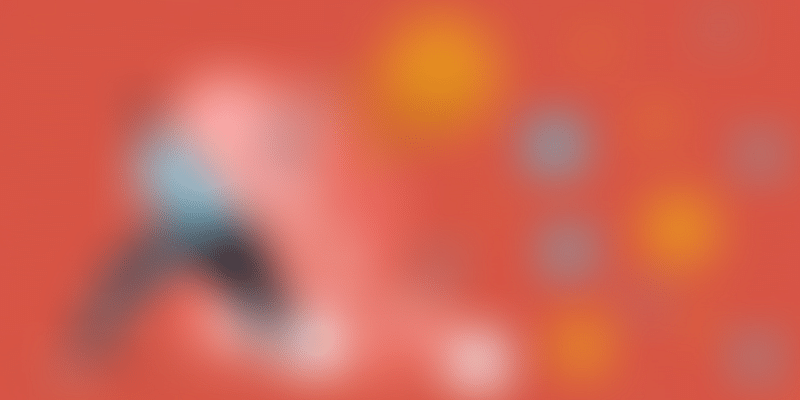 The predominant sentiment among VCs in the coronavirus-hit world is caution. But early-stage startups seem to be better placed to receive funding from VC firms than their mid- and late-stage counterparts. Here’s why.

Across the world, the spread of coronavirus has upended the established order of things. Countries are locked down, industries are struggling, and people are reeling under the unprecedented crisis. The world of investments is also coping with the COVID-19 uncertainty.

It may seem like early days, but anxiety is palpable among venture capitalists (VCs), entrepreneurs, and startups over what the future may bring, post-coronavirus.

The startup ecosystem in India seems to have moved into the zone of “status quo” as far as investments are concerned.

Pranjal Kumar, CFO, Bertelsmann India Investments, says, “It (COVID-19) started to hit home in mid-February. So, there is uncertainty and no one knows what is going to be the outcome.”

This situation was amplified globally when marquee venture capitalist Sequoia put out a white paper on how COVID-19 would impact the ecosystem.

In a memo to founders and CEOs, Sequoia equated coronavirus with the “black swan of 2020”, stating it could have far-reaching implications. Its guideline to startups was simple: question every assumption, be it the business, cash runaway, fund raising, sales forecast, marketing, headcount, capital funding, the list goes on.

“Right now, there is no major change for most investors. But having said that, we have to see how things will pan out in the next two to three weeks. Everybody is tentative; we don’t know what is going to happen.”

The world of investments is interconnected as funds into startups come from multiple sources, be it the stock market, real estate, savings, or profits generated by companies.

Siddarth Pai, Founding Partner of VC firm 3one4 Capital, says, “The primary source of funds for investors is the stock market. When that goes down, it has a spillover effect on investments into unlisted entities.”

Stock markets across the world have been constantly declining on a daily basis, with trading often halted. In such a scenario, the predominant sentiment is “caution”.

Ganesh Rengaswamy, Co-founding Partner, Quona Capital, says, “The sentiment is cautious but positive for investments in early-stage startups. Adversity could present opportunities, too. The situation is evolving, and the uncertainty is the big challenge.”

YourStory research reveals the downward trend over the last couple of weeks. In the week ending January 3, the total investment into startups was $21 million. It reached a high of $318 million in mid-February, but declined to $29 million by the second week of March.

In war against coronavirus, value preservation and survival come first

However, the number of deals during the first two-and-half months was steady in the range of 15-19.  The fact that the quantum of money has come down but the number of deals remains the same shows that early-stage startups are still getting attention.

The dominant view among venture capitalists is that early-stage startups will not find funding a very big challenge; the later stages could pose a problem as uncertainty looms large.

Rutvik Doshi, Managing Director, Inventus (India) Advisors, says it’s too early to comment. “If one thinks logically, seed stage or Series A and B startups should not be impacted as we take a five-seven-year investment view.”

The lack of face-to-face meetings between investors and founders, a must before taking the crucial call before investment, may also affect the pace of funding.

Sanjay Swamy, Managing Partner, Prime Venture Partners, says, “From a logistics point of view, the preliminary meetings are only happening via video-conferencing. It is important to meet founders before investing. So, it is natural that there will be short-term delays.”

Innoven Capital, in its recent note titled Startup Outlook Report 2020, says founders are expecting a weak venture funding environment this year. “While 75 percent of founders had a favourable funding experience in 2019, almost 58 percent of founders expect fund-raising to be more challenging in 2020,” the note says.

In an environment where there is consensus that fundraising will be a challenge, the only silver lining perhaps is segments that will remain immune to lack of investments.

Sanjay says, “We believe that seed and early-stage companies continue to be least impacted. There won’t be a major slowdown for them. But the bar for Series A investments and above will definitely go up, and a lot of focus will be on unit economics rather than ideas of wild scale.”

Caution has taken precedence, and is closely followed by protection.

Pranjal says, “Investors are thinking of protection before investing. They are looking at their own portfolio first, and assessing what is needed in terms of commitment of capital before looking at new deals. Ongoing talks are still on. However, no new deals are being scouted for, I would say.”

For VCs, this is a time to reassess their portfolio investments and check whether their startups can weather the storm.

In such a scenario, Ganesh feels setbacks for a couple of quarters are par for the course for startups, and that VCs are looking for something more fundamental. “What we really test is whether we are fundamentally excited about the opportunities a startup is looking for,” he says.

However, a majority of investors that YourStory spoke to believe that startups looking for Series C, D, and funding beyond that will find it “very challenging in the current environment”.

As Sanjay says, “For later-stage rounds, my guess is that it will take at least two to four quarters for things to come back to normal.”

Clearly, it will be six months to a year before the funnel of funds opens up.

Funding houses, meanwhile, are dealing with their own challenges. VC firms that have already managed to raise a new fund are “relatively safe”, but not those who had planned to.

Siddarth says, “The three key markets for fundraising are the US, Singapore, and China. Now, with restrictions on travel, it becomes difficult to raise a fund as it requires face-to-face meetings.”

Seasoned investors, who understand the cycle of ups and downs in investment, are confident that the wheel will soon spin towards growth.

However, Ganesh feels that this situation will be “a rude awakening for startups which received fast money through the pump-and-dump model”.

The uncertainty over coronavirus is also likely to impact the quality of entrepreneurship.

Pranjal says, “My view is that startup quality will get diluted if this slowdown continues for nine to 12 months. This is because the risk-taking appetite of entrepreneurs will get affected, which will impact investment opportunities for growth-stage investors.”

Amid this season of gloom and doom, there seems to be one light at the end of the tunnel: the fact that some defining shifts in the Indian economy happened during past crises.

For instance, the dotcom bubble burst in 2000 pushed Indian IT companies like TCS, Infosys, and Wipro into the billion-dollar league. The global financial meltdown in 2008 led to the emergence of the Indian startup ecosystem where the leading unicorns of today Flipkart, Ola, and Paytm were born around this time.

(Disclaimer: 3one4 Capital is an investor in YourStory)