Record deal volumes, marquee exits, new funds: Why 2019 was a blockbuster year for VCs in India 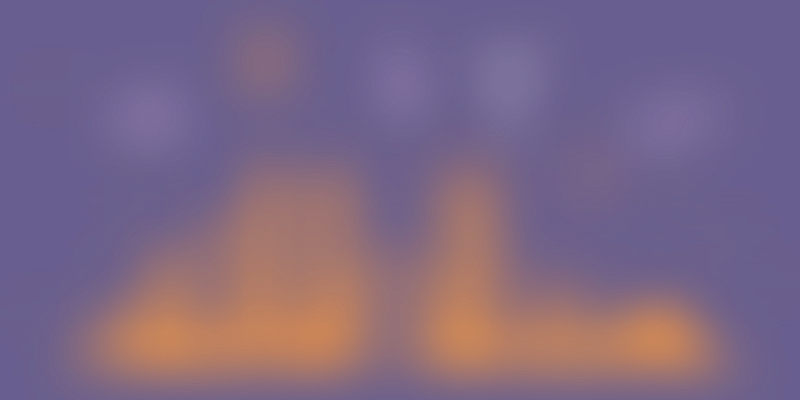 VC funding battled a slowing economy and other macroeconomic concerns to scale new heights in the world’s third-largest startup ecosystem in 2019. But, despite the hullabaloo, less than 10 percent of India’s startups are funded.

“Venture capital is about capturing the value between the startup phase and the public company phase.” — Fred Wilson, businessman and a top venture capitalist.

After a decade of VC investing in India, there is no better way to capture the state of venture capital in the world’s third-largest startup ecosystem.

Over the last 10 years, the Indian VC industry has traversed three distinct phases.

Between 2011 and 2015, it witnessed unprecedented levels of activity, almost amounting to “euphoria” as one investor puts it, mainly because VCs operated on a small base of startups, and there were hordes of new entrants into the Indian market.

This was followed by 24 to 36 months of moderation and rationalisation from late-2015 to early-2018 as VCs became cautious due to uncertainties surrounding exits. They were more inclined towards fewer, higher-quality investments.

Then came the watershed moment in May 2018 – Walmart’s $16-billion buyout of Flipkart – which many believe validated India’s entire startup economy.

It also gave Flipkart’s early backers – both international and domestic – huge exits, something that had become a bone of contention for VCs operating in India.

At the time, a leading serial entrepreneur and investor had told YourStory, “This is good from multiple angles. This deal demonstrates that Indian startups can start from scratch, take billions of dollars in investments, and give massive exits. It answers a lot of armchair critics.”

The Flipkart-Walmart deal also breathed new life to VC investing in India, and institutionalised capital started re-flowing into startups across all stages (from seed/early to late/exit).

In 2019, the VC industry invested a record $10 billion in startups, showing a 55 percent spike from 2018. Deal volumes went up by 30 percent, with the average deal size growing by 20 percent, according to a joint report by the Indian Private Equity & Venture Capital Association (IVCA) and consulting firm Bain & Company.

The number of deals increased primarily due to more seed and early-stage rounds, which accounted for 70 percent of the deal volume growth. Other factors included a rising competition among VCs when it came to cutting cheques, and an improvement in the quality of founding teams.

In fact, since 2018-end, the VC industry in India has witnessed a renewed growth phase buoyed by marquee exits for investors of Flipkart, MakeMyTrip, and OYO, along with high-growth in sectors like SaaS, fintech, and ecommerce.  Add to that a host of sector-specific initiatives launched by the government, and a kinder regulatory framework.

Besides, India’s ranking on the World Bank’s Ease of Doing Business improved significantly from 130 in 2016 to 63 in 2019, improving investor confidence in the regulatory ecosystem.

“All this could not have happened without the support of the current government and the exits driven by first-generation entrepreneurs in the last few years.”

India is home to 20 unicorns today, trailing only China (206) and the US (203). “The unicorn tribe continues to grow with several firms in ecommerce, SaaS and fintech currently leading the way,” says IVCA. “There is a massive pipeline of soon-to-be unicorns. Some unicorns will become decacorns by 2025,” it adds.

Overall, India has an estimated 6,400 funded startups, and this number is growing at a CAGR of 19 percent. At least one-fourth go on to raise subsequent rounds of funding.

IVCA-Bain reveals that 43 new funds participated in Indian investing rounds in 2019. As high as 50 percent were made by new funds investing for the first time in Indian startups.

The most notable among them were Tanglin (founded by former Tiger Global executives), A91 Partners (launched by former Sequoia partners), Arali Ventures (a seed fund focussed on deeptech businesses), Samsung Ventures (launched by Samsung Corporate Venture Capital), and ITI (an early-stage fund by Investment Trust of India).

Several exits were of more than $100 million, with the top 10 being OYO, Yatra, PolicyBazaar, Delhivery, ShopClues, Qwikcilver, IndiaMART, UrbanClap, Dream11, Lenskart. “VC exit momentum in 2019 was in line with 2018, with secondary/strategic sales leading the mode of exits,” stated the report.

Buybacks, meanwhile, emerged as the second-biggest mode of exit.

This was led by OYO founder Ritesh Agarwal’s $1.5 billion share buyback from Sequoia Capital and Lightspeed Venture Partners. It was followed by Yatra’s strategic sale to Ebix at an enterprise valuation of $338 million, and Tiger Global’s partial exit of $150 million from PolicyBazaar.

Consumer tech has long been the investor-favourite in India. In 2019, the segment pocketed 35 percent of investments with many deals exceeding $150 million.

Within consumer tech, vertical ecommerce emerged as the largest sub-segment. Investments also ballooned in other segments like transportation and mobility, healthtech, foodtech, and edtech.

Transportation and mobility deals grew by a whopping 418 percent, making it the fastest-growing sub-segment in consumer tech.

“Investor activity was primarily seen in electric vehicles and two-wheeler-based models in both vehicle rentals and ride-hailing services, while ecommerce shifted from broad-based horizontal and vertical commerce to newer models like social and assisted commerce,” according to IVCA-Bain.

Interestingly, all these were late-stage (Series D+) deals, establishing a definitive trend in the industry.

IVCA-Bain further indicates that the average deal size of Series D+ investments grew a whopping 130 percent last year – the highest across all stages.

Rise of fintech; return of payments

After lending emerged as the hottest segment of fintech in 2018, payments returned in 2019 to dominate the sector when it came to deal volumes.

It not only valued the fintech unicorn at $16 billion – up from $10 billion – but also went down as the year’s biggest VC deal in the Indian startup ecosystem.

IVCA reckons that the sustained growth of fintech has been enabled by a host of targeted, sector-specific initiatives.

These include the government’s push for UPI adoption and allowing third-party apps to use the infrastructure, the DigiDhan Mission enabling consumers and merchants to undertake real-time digital transactions, the disbursal of NBFC licenses to P2P platforms leading to explosive growth in the lending market, and so on.

Overall, B2B ecommerce saw 82 deals last year, up from 38 deals in 2018, with investments in the sector going up by 184 percent, according to IVCA-Bain.

Several factors contributed to increasing investor interest in the sector.

One, GST has made goods transportation between states more seamless and affordable. Second, a large under-penetrated market of small merchants is witnessing rising digital adoption due to improving internet connectivity and the growth of B2B payments post demonetisation.

However, despite the unstinted growth of VC investment in India in the last few years, only about eight percent of the 80,000-odd homegrown startups are funded. The rest are still scouting for capital to get off the ground, scale up, or go international.

This leaves room for sustained long-term investing in the near future.

Additionally, limited partners (LPs) see India as the world’s third-most attractive investment destination after Southeast Asia and China. This is despite the country’s slowing economy and the recent turmoil triggered by the coronavirus outbreak.

“Despite the global economic climate, India’s startup and VC ecosystems continue to thrive as investors take a long-term view based on the country’s growth potential. They see the current slowdown as more cyclical than structural."

“We go into 2020 with record-high levels of dry powder, counter-balanced with caution and an underlying optimism in the long-term potential,” he added.