In tough times like these, entrepreneurs need to work on finding new solutions: investor Tim Draper 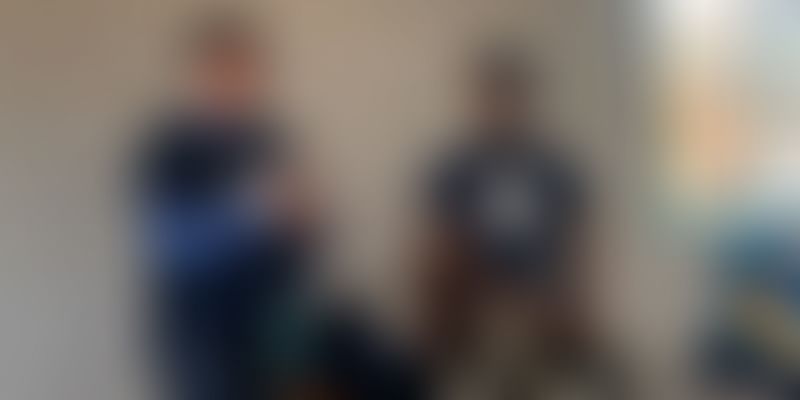 Popular American investor Tim Draper was in India last week meeting startup founders and entrepreneurs, encouraging them to channel their innovative and disruptive thinking in the time of coronavirus.

The coronavirus, which has halted business and travel plans for companies, did not deter American investor and venture capitalist Timothy C Draper, popularly known as Tim Draper, from taking a tour of India last week and meeting several founders and entrepreneurs across Mumbai and Bengaluru.

Founded by Vikram Bharati in Singapore, Tribe Theory came to India with the acquisition of Construkt Startup Hostels founded by Shashikiran Rao and Karan Bahadur.

A different India in seven years

At the invite-only AMA (Ask Me Anything) session, Tim spoke about the Draper Network and his view of the Indian startup ecosystem and entrepreneurs.

“We have a Draper Venture Network of venture capitalists who come to one new location every year. And India was the location this year. My first trip to India was seven years ago. I felt like I was in another planet and it all had then seemed so foreign to me. And in seven years, everything has changed. It is unbelievable,” Tim Draper said.

During the session, the investor even got a few impromptu elevated pitches by the startup founders housed at Draper House.

Calling Indian entrepreneurs “world-class”, Tim Draper said, “I have met 30 or 40 of them during this stay. And there are times when I feel that I should be here in India to be relevant. Technology has gotten better, the quality of people in the country has gotten better. Looking at it, I feel this is at least parallel with the Silicon Valley, and the cost of living is much lower.”

Get away from the tribe mentality

Tim Draper recalled a time when countries could afford to remain closed.

“Countries were always tribal. Humans have not wanted to cross a particular line, because if we respect that we don’t have to go to war,” he said.

He however pointed out that today, these lines of demarcation don’t mean that much.

“We can travel easily, communicate through Skype and Zoom, and see each other no matter where we are in the world. We can all do business with each other. That is very scary for people in governments today, because their way of thinking is determined by tribalism. And now with the virus threat, it again is creating a form of tribalism.”

Tim Draper believes that the world today has gone beyond that form of tribalism. The time has come for governments to look at providing better forms of service. Estonia, he added, was one of the first countries to do that, with its virtual residency programme.

Tim added that Estonia has 100,000 virtual residents who aren’t the citizens of Estonia. This, he said, is the beginning of the Estonian government competing to provide better services, instead of controlling everybody.

Finding innovations in the toughest of times

Answering a question from YourStory on what specifically entrepreneurs can do in tumultuous times, especially with the coronavirus pandemic pinching business operations worldwide, Tim advised entrepreneurs to be persistent.

While in the current situation it may become difficult to meet people, Tim Draper added that there are several hacks around that.

“The number of people who are going to die because of the economy collapsing is going to be very big. The fear is the scariest thing in the world for me. Be kind and persistent. Talk to investors through Skype, Zoom, talk to them on the phone and through messages. That persistence always pays off. They will be attracted to the mission, and if you show that you’re doing something extraordinary, people will gravitate towards you. If you are unstoppable people will pay attention.”

He added that when the economy is slumping and things get difficult is when new innovations and inventions are born. He concluded saying,

“Bitcoin was invented in the 2008 economic crisis. So, while times can get tough and difficult you as entrepreneurs need to think and find new solutions. When the going gets tough, the tough get going,” Tim Draper said.