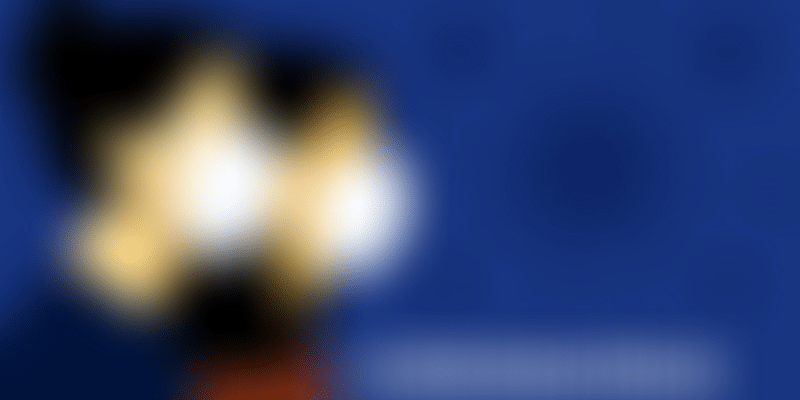 Prateek Sharma of Nanoclean says the startup has sold over five lakh packs of masks produced by it, generating a revenue of Rs 5 crore in the last 30 days.

The coronavirus outbreak, which started in China, has claimed over 3,000 lives and infected more than 81,000 people across six continents.

The epidemic, declared a ‘global health emergency’, by the World Health Organisation (WHO), has not only led to a widespread shortage of masks, but also a proliferation of counterfeit masks that are being sold on online sites like Amazon.

While governments are taking initiatives to contain this outbreak, individuals are taking measures such as wearing face masks, which has resulted in another crisis – the shortage of masks in the market. IIT-Delhi alumni’s startup Nanoclean rose to the occasion and launched a product, Naso mask, to address the issue.

The startup has sold over five lakh packs of Naso masks.

Prateek Sharma, Co-Founder and CEO of Nanoclean, tells YourStory that in the last 30 days, the startup has generated a revenue of over Rs 5 crore and is doing 10 times its usual business. “Clearly, the reason is a shortage of face masks supply in the Indian, as well as international market,” he says.

Delhi-based Nanoclean specialises in the development of preventive measures for polluted air, and products for air filtration. It is already famous for its product ‘Nasofilter’, a kind of nasal filter that costs only Rs 10.

Prateek says that the startup is being informed by government officials of China that at least 500 million face masks are required every day and China has a capacity of producing only 100 million per day.

“No face mask company including ours has ever forecasted such a demand but we at Nanoclean our putting our best efforts. On a daily basis, we are exporting our products in affected regions,” he adds.

Prateek says Nanoclean had won the Startup National Award conferred by the President of India in 2017. He says that Nasomask is a N95/FFP2 grade facemask and is specifically designed to protect against contagious viruses. “This is tested for its efficiency of more than 99 percent against viruses,” he adds.

Prateek explains that Naso mask is a four-layered product made from nanofiber technology, in which the startup specialises. “The nanofiber layer is sandwiched inside the mask and is effective in blocking viruses, bacteria and ultra-fine dust,” he adds.

The startup is retailing the product at Rs 149 and sells for even lesser for bulk orders. Ever since the coronavirus outbreak started, the startup has sold over 5 lakh packs of Naso masks.

However, the Nanoclean team is facing raw material supply shortage as the masks are sold within 48 hours of its production. Prateek says the startup further wishes to ramp up its production capacity and is looking for capital investment.

“This would certainly be helpful during such scary epidemic days,” he adds.

The CEO says such demand is because Nanoclean is not only catering to demand in China, but also in India. “There are companies in India who previously used to import masks from China and were reselling it under their brand. But due to coronavirus outbreak in China, import is paused. We at Nanoclean are also supplying our product to such companies,” he says.

Prateek explains that these companies procure Nanoclean’s products and white label them under their brand. “We have signed a confidentiality requirement so I cannot reveal the names. But they are also known brands in this domain,” he says.

Most recently, as one of the safety measures, the Indian government banned mask exports to China. However, Nanoclean is exporting its masks in similar volumes to other countries. Nanoclean has been exporting all its products to 30 countries, and is using the same network to supply its masks as well.

In a previous interview with YourStory, Prateek had said that the company is clocking 75 percent of its business from exports across Thailand, Indonesia, Vietnam, Gulf countries, France, and the UK, among others.

Launched in early 2017, Nanoclean was founded by IIT-Delhi alumni Prateek Sharma, Tushar Vyas, and Jatin Kewlani. The startup receives multiple grants from the Government of India, including the Department of Science and Technology, and a recent joint-grant with IIT Delhi from the Ministry of Human Resource Development.

Nanoclean has been recognised by the Government of South Korea, which extended an undisclosed amount of financial support for its operations in Seoul. It has also been recognised as one of the top 100 startups in the world in Hong Kong.