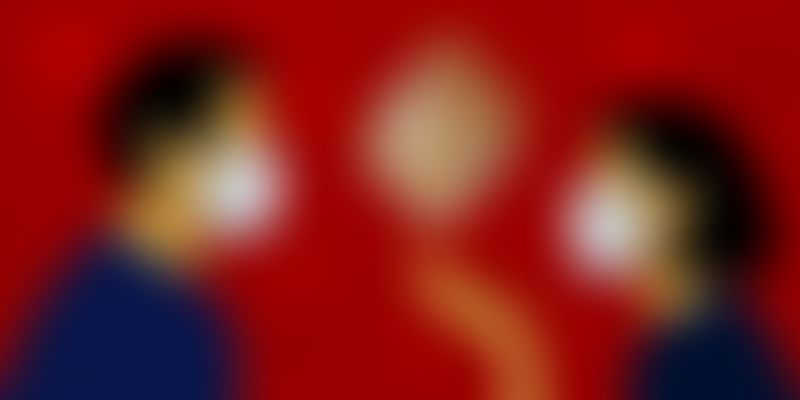 The human cost of the coronavirus outbreak is rising, and so are the economic consequences. With China central to a series of global supply chains, experts say the contagion may cause the world’s GDP growth to stall for the first time in a decade and impact startup ecosystems.

A few weeks ago, Wuhan in China reported a spurt in cases involving a mysterious, pneumonia-like illness. Since then, the coronavirus, now named COVID-19 and thought to have spread from bats to another species before being transmitted to humans at one of Wuhan’s live-animal markets, has infected thousands of people across the world.

The outbreak has also infected and shaken the global economy, disrupting almost every major industry and sector.

US-listed shares of Alibaba dropped by 2.4 percent since last Thursday. In an Aljalzeera report, the Chinese giant said the virus had changed buying patterns, with food delivery going up, and clothing, electronics, and luxury items lagging.

People are staying indoors and stores are empty, with many shut down. The contagion has put the brakes on travel, leisure, and business, bringing movement of people and goods to a halt.

Business travel has stopped, which means fund-raising activity for Indian startups may slump.

“Founders largely travel to Singapore and China for funding. But since January end, all travel plans have been indefinitely postponed. Funding conversations have stalled and been deferred,” says a founder, who is looking to raise Series C funding.

Chinese investors have been active in India since 2016. China’s venture capital (VC) investment in the Indian startup ecosystem grew five times at $5.6 billion in 2018 compared to $668 million in 2016.

Brij Bhasin, General Partner, Rebright Partners, says: “There is no doubt that funding will be impacted for startups in talks with Chinese investors. There is no on-ground movement; bank work will be stalled. But, it is currently early days.”

He adds that there will be a major impact if the problem continues for more than a month.

“Some companies are currently in the wait-and-watch mode, as travel has been restricted for two to three weeks now. There is enough depth in the market in terms of investors from Japan, Korea, US, and domestic ones. But, this is a time to be cautious,” Brij says.

Especially given that the virus has even hit funding across Asia.

The end of 2019 led to a slowdown in Chinese investments, which began with the US-China trade tensions. CB Insights said investments in Asia dropped by 42 percent in 2019. After the coronavirus, there may be a 10 to 20 percent decrease this year, according to an early-stage investor.

“Various investment firms have told startups that funding activity will drop, at least for two quarters, as the firms are waiting and watching now,” an analyst at a top consulting firm says.

Analysts believe that there may be a shift in investment patterns. The focus may move from services, travel, logistics, and retail to food, home entertainment, and essentials.

An Oxford Economics report said there would be a whopping four percent drop in the Chinese economy in the first quarter of the year, as compared with last year.

International retailers like Swedish furniture brand Ikea and US-based coffee shop chain Starbucks have shut down operations in the country. Shops and entertainment venues have been closed due to quarantine measures.

Shipping companies have reported a sharp drop in container volumes. As many as 24 airlines have cancelled flights and routes to and from China.

Within China itself, movement has taken a hit. “There is movement of cabs, but there are hardly any people taking them or moving out. People have been confined in their homes for several weeks now,” a techie based out of China said, seeking anonymity.

On Friday, it was reported that cab drivers and private hire drivers would now be able to tap a $77 million package to tide them over the drop in business caused by the coronavirus. The $77 million has been co-funded by the government ($45 million) and taxi companies. Over 40,000 drivers are eligible for over $20 relief a day for the next three months.

Taxi drivers have reported a 25 percent drop in business in the past one week while private hire drivers have seen a fall of more than 30 percent.

A cab driver operating out of Hong Kong said Hong Kong has been the hardest hit, with the number of riders down significantly.

This is also because most employees are now working from home. “Also, most people are not shopping or dining out,” the driver added.

The number of drivers has also fallen, with 15 percent drivers suspending work.

The change in online buying patterns

The investor focus shift may also be in line with the shift being seen in consumer behaviour patterns.

Alibaba’s Chief Financial Officer Maggie Wu told Aljazeera that the epidemic had negatively impacted the overall economy, especially the service and retail sectors. She added that production had been severely impacted.

Delivery of food and groceries has been consistent, but there have been logistics concerns. “Food and grocery delivery time has increased from one hour to over 24 to 48 hours. Also, the number of items available are limited or get out of stock in minutes,” said a China-based techie.

Companies like Alibaba have started rolling out special programmes to support merchants. This includes providing subsidies to delivery personnel and lowering the fees they charge.

Bloomberg reports said Alibaba’s sales may drop with its core China retail marketplaces and local services business in the coming quarter even with the outbreak subsiding.

Users have been having trouble returning items. While Alipay has extended its grace period, the giant has suspended its Zhima Credit facility. This hits the rental and sharing economy.

Alibaba has also declared a waiver of some service fees for merchants on its Tmall platform. This will also cut the company’s topline, and eat into the company’s revenues.

The impact on manufacturing, sales, and logistics is bound to make an overall dent in the Chinese economy.

Coronavirus outbreak in China may impact the supply chain: Xiaomi

Impact on ecommerce in India

While companies in India are seeing a strong impact, a trickle-down effect is being seen in different Indian sectors like pharma, electronics, consumer durables, and toys.

Now, most factories are facing shutdowns.

A large number of these white labelled goods are sold online in India - TVs, electronics, smartphones, air conditioners - and are believed to contribute to half of the $31 billion gross merchandise value (GMV) of Indian ecommerce sales.

While industry experts are reluctant to quantify the impact of sales in this quarter, many believe the contagion is like to lead to a massive drop.

“Most of India’s manufacturing, whether it is smartphones, electric vehicles, or other items, is heavily dependent on China. The products are built here, but raw materials are sourced from China. We have a distributor network and manufacturer in China; things have been adversely affected due to the lack of movement,” a startup founder says.

It is early days to attempt to quantify the economic consequences of the outbreak.

Experts say a lot is riding on how well – and quickly – China is able to contain the virus.