Disney Plus rollout in India on hold amid coronavirus scare 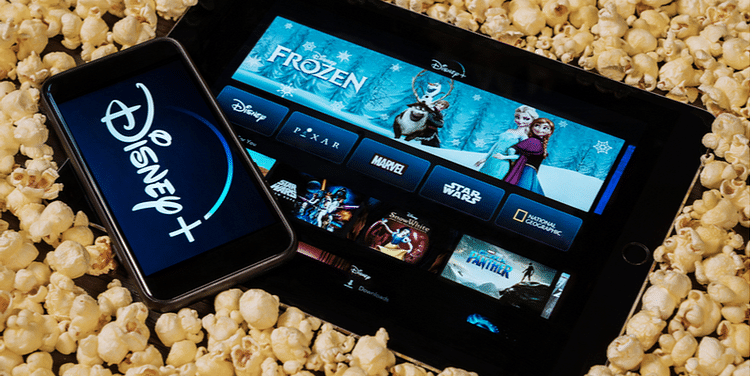 The rollout of Disney Plus, the streaming platform from Disney, in India through Hotstar has been put on hold, the company said on Friday, due to the coronavirus infection.

The rollout of Disney Plus, the streaming platform from Disney, in India through Hotstar has been put on hold, the company said on Friday amid coronavirus scare.

Some of the Disney Plus content, including Star Wars series The Mandalorian, that became available to Hotstar users ahead of the streaming service's launch in India on March 29, is no longer available on the app.

Disney Plus to launch in India on March 29 through Hotstar

Recently, in February 2020, Disney announced that its subscription-based streaming service Disney Plus, which was launched in the US in November last year, will arrive in India on March 29 through its Hotstar app.

The announcement was made by Disney CEO Robert Iger during the company's quarterly earnings call.

Given the delay of the season, we have made the decision to briefly pause the rollout of Disney+ and will announce a new revised premiere date for the service soon, Uday Shankar, President - The Walt Disney Company APAC and Chairman, Star & Disney India, said in a statement.

Though he did not specify, the IPL season was put on hold due to coronavirus scare, which has led to cancellations and delay in events, movies and film festivals across the globe.

Disney had acquired Hotstar streaming service in 2017 as part of its acquisition of Fox Studios, which also included the entire Star India group. As of now, most of the premium Disney content is available on the Hotstar app.

Iger said the company is yet to finalise the pricing aspect of the rebranded streaming service, but it will be offered in two categories.

During the earnings call, Iger also announced that Disney Plus has so far amassed 28.6 million paid subscribers after its debut in the US on November 12, 2019.

Besides India, Disney Plus is also set for rollout in the UK, Ireland, France, Germany, Italy, Spain, Austria, and Switzerland on March 24.