Is failure the new success? 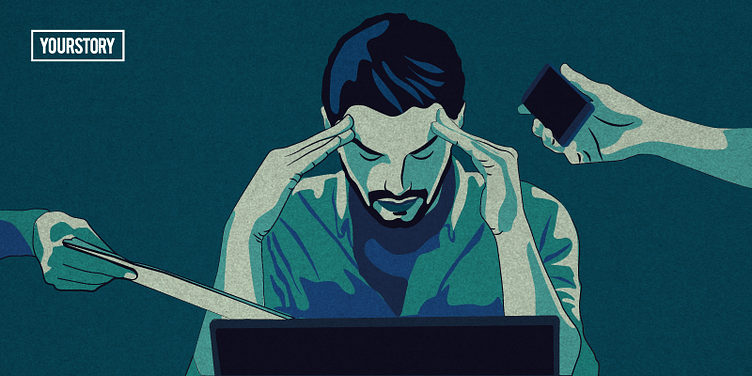 A painful or uncomfortable situation could be a startup teetering on the edge of failure or a relationship that is floundering. But transformation and success usually occur when you reflect on the event in ways that bring about change.

The 1992 Olympic Games in Barcelona, Spain. Clouds hang heavy. A rapt crowd awaits. It’s the 400m sprint semi-finals. The athletes line up. One man is pipped to be the favourite — sprinter Derek Redmond, a world-record holder.

As the gun pops, Redmond, a champion sprinter looks assured, aiming for the final finish. But with 100m to go, Redmond pulls his hamstring and goes down in agony. Just like that, his Olympic dreams come to a stumbling halt.

Yet, in moments that would redefine the meaning of courage, he picks himself up, crying in pain, and aided by his father hobbles to the finish line. A moved crowd gives him a standing ovation.

Derek’s story is one of the most inspiring stories. By the traditional measure of success, Derek failed. In fact, he was disqualified due to outside assistance. Derek didn’t participate in another Olympics after that injury. But footage of that epic race was used by Nike in its ‘Courage’ commercials, by Visa, and the International Olympic Committee.

He would go on to become a personal trainer, a motivational speaker, and start a sports equipment manufacturing company, continually transforming the seeds of that failure into wider avenues of success.

And then, there is an old story of Angulimala — the ferocious bandit who created a necklace from the thumbs of his victims. Yet, when Angulimala met the Buddha, he is believed to have been filled with remorse for his acts, transforming his life after that and becoming one of his greatest disciples. There are many dramatic stories like these not just in sports or in mythology, but also business.

Walt Disney filed for bankruptcy when he was in his early twenties before turning around to create one of the world’s most successful entertainment companies.

Steve Jobs was fired from the company he founded only to come back to take the helm and carry it to unprecedented heights.

My point — inspiring as these stories are — is not merely to provide inspirational succour but to consider our failures, our losses, and endings as reflective points on our life’s personal and professional journeys. Failure can shake us. Failure can be defeating, but it need not be debilitating. How can we use failure as transformational triggers in our life?

The power of reflection

All transformation comes from deep reflection. A transformation usually occurs from a painful or uncomfortable situation that causes us to reflect on the event in ways that bring about change. In this case, an uncomfortable situation can be a startup that failed. Or a relationship that is floundering. Or a job that we lost. An interview that we didn’t clear. We then choose our future actions based on our struggles with that situation.

John Maxwell, in his book, Failing Forward, makes the pertinent point that successful people take a specific approach to failure. They tend to take responsibility for their actions, learn from the mistakes, understand that failure is part of the learning process of life itself, and despite the fear of failure, continue to take risks and persevere. Maxwell, in the book, called this approach “failing forward.”

TechSparks 2019: Innovation happens when you fail, fail, fail, and then succeed, says Naveen Tewari, Founder and CEO of InMobi

Ideally, when we fail, we should think about what can we learn from that. Why did we fail? What didn’t work? We don’t have to romanticise our mistakes, but we do need to learn from them. But we often don’t. We don’t see the benefits of reflection in the pain of our failure.

There is a tendency to say, “It wasn’t my fault at all!” it was someone or something else. That is not a thoughtful reflection on all the reasons why something didn’t work out.

I have met with founders who are looking to start a new company after their last startup failed. Some, of course, reflect upon their previous experience, understand what they learned from that, and what they would do differently the next time around.

“Our experiences are tools in our transformational process” — Daaji Kamlesh Patel, The Heartfulness Institute.

I have learned through the course of my life that we need not allow failure to define our capabilities or cast limitations on our growth.

In Star Wars: The Last Jedi, Yoda said, “The greatest teacher, failure is.” In that spirit, I really believe that looking at what I got right, both in my personal as well as professional life, and what I got wrong, has taught me not only some important things about life’s many situations but also how I can use these tools of reflection to build a stronger outlook on life.

These aren’t guiding principles but ways of thinking that help me reflect and analyse better the outcome of any situation.

The story of BPL’s amazing comeback, riding the online wave on the shoulders of Flipkart

Failure is a constant learning opportunity

Given today’s overly glorified success stories, we often don’t think of failure as providing us with immense chances to learn. But we must follow up failure with an in-depth analysis. The problem is that our failures become contaminated by our emotions. But we must try to disregard the negative emotions surrounding that experience and reflect on all the relevant steps we undertook to reach the point we are at now.

In the 1950s, Taiichi Ohno, who developed the Toyota Production System, used the “why” method to ask workers to reflect on problems on the shop floor. His method was simple: Just ask “why” five times to arrive at the root cause of a problem. Toyota would go on to use this system successfully over the next few decades.

For example, if your digital marketing campaign failed, you could ask:

Why did our marketing campaign fail?

“Because we didn’t have a sufficient budget.”

Why didn’t we receive a sufficient budget?

We tend to look at all our failures, personal or professional, from the same perspective: we did something wrong. We failed. We didn’t succeed. Full stop.

I believe the point of reflecting well is not to affix blame — not on yourself and not on others — but to truly reflect and develop an understanding that will help improve the chances of success in the next venture, job, or relationship. Being open to learning means that you can reflect on the painful situation without becoming defensive or egoistical. Encouraging a learning environment, be it at home or work, means that we can sow the seeds of transformation without fear.

Why, how, and with what purpose did you or the team do this?

What was the trigger for the action?

Was there an alternative path that you or the team could have taken?

How would other people react in the same situation?

Whether it’s the failure of a startup or even an idea, failure, rejections, or challenges, these things often force us to confront the parts of ourselves that are hidden away, the dark shadows that cast a shroud on our experiences.

But reflecting on the situations that don’t go as you planned, or life’s challenges that didn’t work out, can cast light on these dark crevices and present us with solutions for the next set of challenges that we undoubtedly will face.

What didn’t work well? Could you have done something better? Worked harder? Were we prepared better? These are the kind of questions that can transform us. This kind of self-reflection helps you to accept failure and constantly improve. If we live in denial of our failures and challenges, we will never learn from them.

Disclaimer: Views represented in this article are that of the author do not represent the views of YourStory. This article was originally published here on LinkedIn.