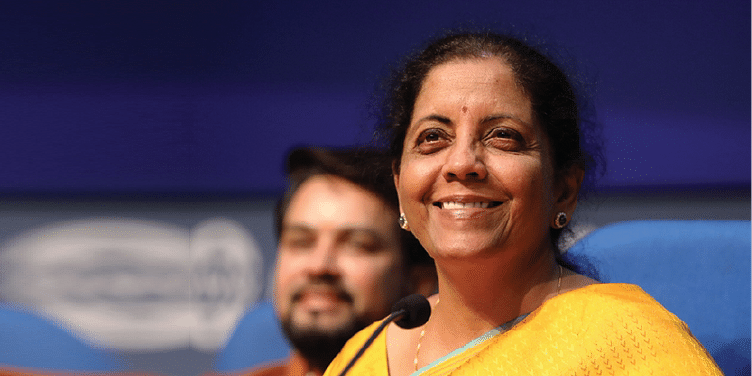 The FM said this fund is aimed at supporting and assisting the construction workers so that they "stay at home and don’t expose themselves to the risk because everything has come to a halt."

Finance Minister Nirmala Sitharaman announced a slew of measures for women, poor people, and construction workers to combat the impact of the coronavirus outbreak which has already led to a complete lockdown in the country for 21 days.

Nirmala announced that the Government of India will pay Employees' Provident Fund (EPF) contribution of 12 percent each for employee and employer (24 percent) for the next three months. This is for companies in the organised sector having up to 100 employees with around 90 percent of the employees drawing a salary below Rs 15,000.

The Finance Minister also announced that the provident fund scheme regulations will be amended to allot a non-refundable advance to workers. These workers can draw 75 percent of the amount from the fund.

This will benefit 4.8 crore workers registered with EPF, said Nirmala.

Nirmala also announced a welfare fund for building and other construction workers to the tune of Rs 31,000 crore. She said that directions would be given to the state government on the utilisation of this fund to support and assist the construction workers so that they "stay at home and don’t expose themselves to the risk because everything has come to a halt."

Coronovirus cases in India reached 640+ today with 18 deaths. Currently, the maximum cases are in Maharashtra, followed by Kerala and Karnataka.