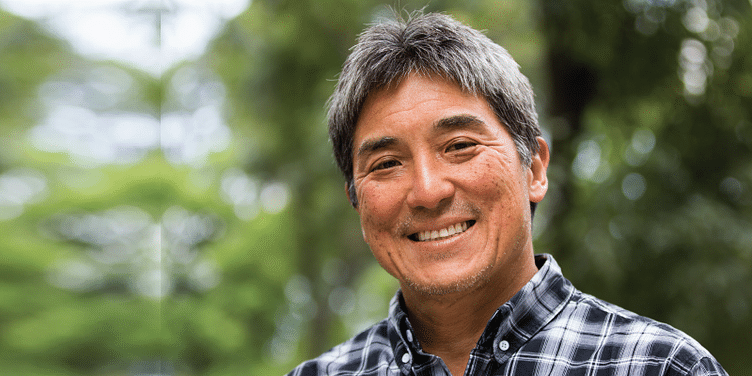 Guy Kawasaki is a marketing specialist, author, and Silicon Valley venture capitalist. He was one of the early Apple employees responsible for marketing the Macintosh computer line in 1984. Here are 15 Guy Kawasaki quotes to inspire you and help grow your business.

A former Apple employee, he has also been an advisor to successful companies like Google and Microsoft.

Guy Kawasaki was also a part of ‘Wikimedia Foundation Board of Trustees’, a non-profit organisation of Wikipedia, from March 2015 until December 2016. He has also expressed his thoughts, views, and opinions on subjects close to his heart through his books, which include The Macintosh Way (1990), The Art of the Start (2004), and Wise Guy (2019).

And when it comes to entrepreneurship, Guy Kawasaki is one of the top experts. Apart from writing many best-selling books, he also came up with ‘The Essential Guide to Entrepreneurship by Guy Kawasaki’, an online course for ﻿Udemy﻿, which has some useful advice for entrepreneurs. Some of the topics include the dos and don’ts of being an entrepreneur, tips on putting together a killer pitch, and techniques for supercharging your marketing.

Here’s a list of 15 quotes by one of the most prominent sales experts about entrepreneurship and business growth.

“Everyone would love to have a large and growing market, perfected technology, and infinite capital. Under those conditions, anyone can be an entrepreneur. The question is what you are willing to do and can you do when the conditions are far from perfect.”

“A good idea is about ten percent and implementation and hard work, and luck is 90 percent.”

“Organisations are successful because of good implementation, not good business plans.”

“The purpose of a pitch is to stimulate interest, not to close a deal.”

“Call me idealistic, but the genesis of great companies is answering simple questions that change the world, not the desire to become rich.”

“Also, like the Holy Grail, the business plan remains largely unattainable and mythological. Most experts wouldn’t agree, but a business plan is of limited usefulness for a startup because entrepreneurs base so much of their plans on assumptions, “visions,” and unknowns.”

“What’s more important than making a startup attractive to investors in a beauty-contest format is to make them viable in real life.”

“Investors are looking for people who can implement ideas, not only come up with them.”

“My hypothesis is that the more an entrepreneur insists on a nondisclosure agreement, the less viable the idea.”

“A real business is one with something to sell — not one where people have business cards and letterhead.”

“Doing, not learning to do, is the essence of entrepreneurship.”

“Entrepreneur is not a job title. It is a state of mind of people who want to alter the future.”

“Do you think we need a real CEO? Answer you’re looking for: “Maybe, someday. But probably not right now. What you really need right now is a great product.”