Oppo Enco Free: This entrant in the true wireless earbuds market is a worthy competitor 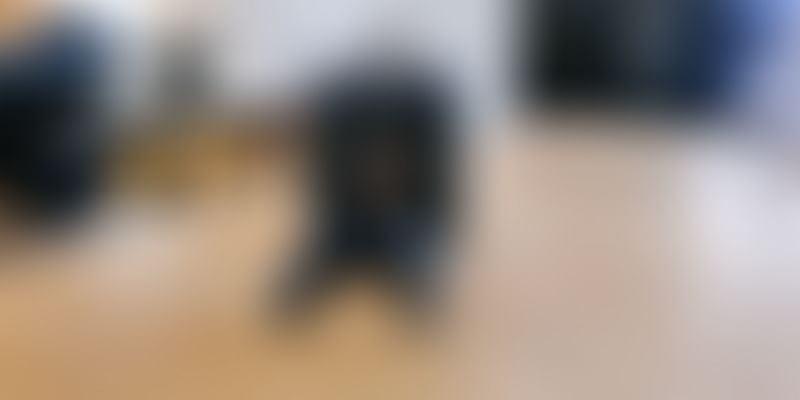 Oppo has come out with Enco Free true wireless earbuds that are priced at Rs 7,999 and were launched alongside the Reno 3 Pro smartphone in India

Not a month goes by without an announcement for a brand new truly wireless earbuds product. True wireless earbuds have been one of the fastest-growing product categories across the world in the consumer tech industry. It’s not just companies like Jabra, Sennheiser, and Bose that specialise in audio products, but smartphone manufacturers are also getting into the game.

I’ve been using them for over three months and here’s what I think about them:

While budget True Wireless Stereo (TWS) earbuds are all the rage - thank the Realme Buds Air for creating a stir in the market - Oppo has gone with a mid-range but affordable pair with the Enco Free. The Enco Free’s are priced at Rs 7,999 which make them more expensive than 1MORE’s Stylish True Wireless earbuds (currently retailing for Rs 6,399 on Amazon India).

The most striking thing about the Enco Free is their striking similarity to Apple’s AirPods, the current market leader. Not just the design of the earbuds seem to have been copied, but even the case as well.

The case is tiny but looks premium, comes in three colours and has an LED indicator that blinks when the lid is opened and also serves as a battery indicator.

There’s a Type-C (Thank God!) port at the bottom and a Bluetooth pairing button on the right-hand side. The Enco Free uses Bluetooth 5.0 for connectivity with devices and to achieve a better range.

The Ambrane Fireboom is an innovative 2-in-1 speaker with limited range, but great battery life

Even the earbuds feel premium while holding or using them. But the problem is, despite all that, nothing really stands out. It’s got this glossy texture that attracts fingerprints and the dull matte texture doesn’t help with the looks. They look good, yes, but not outstanding.

These outer-ear fit truly wireless earphones feel comfortable even during extended use. The problem is, despite a secure fit, one feels like they might fall out at any time. This may be due to the design but also because of their weighing just 4.6g. Yet, they were more comfortable for long use than Realme Buds Air.

Finally, taking off either earbud will pause the music and putting them back on in your ear will resume the playback.

Learning these gestures doesn’t come natural, at first. But performing the motion is easy enough. However, getting the buds to register is a whole other ball game. Sometimes the volume would adjust normally and sometimes it won’t. Sometimes I’d be able to simply skip to the next track and at other times it took me a couple of tries.

The Pebble Twins Stereo Earpods are affordable, but your ears deserve better

The earbuds can also invoke the assistant on your smartphone. You just simply have to touch the earbuds for three seconds.

I had a couple of problems with the ‘wear’ gesture. While taking off an earbud, the music would stop after about two or three seconds. However, while wearing them, I couldn’t get it to resume. Instead, I had to pull out my smartphone and manually hit the play button.

For the most part, I do like these gestures (especially adjusting of the volume) but the inconsistency does get annoying. Maybe what’s needed is a software update.

The Enco Free’s shine when there is less clattering of instruments or when it is just one voice at a time, like in a podcast. The audio is crisp and clear as a bell. The clarity shines through as long as you keep the earbuds at a volume below 85 percent. Beyond that and there is going to be a lot of distortion. While the vocals shine, it’s also the repressed bass that some may take a liking to. The bass never gets in the way of the mids and highs like some of the other “bass boosted” truly wireless earbuds on the market.

However, you don’t get the booming bass with the Enco Free’s. You also don’t get the depth in the sound that some competitors (1MORE Truly Stylish and Jabara Elite 75t) provide. Furthermore, the clarity of jazz tracks, in which a lot of instruments are clamouring for your attention, is lacking. Many a time, you just aren’t able to pick out one instrument from the other.

The sound does come outward in, which means there is a good soundstage. The Enco Free’s are best suited for podcasts, sports, or pop tracks where there isn’t a lot going on in the background.

When using the Enco Free’s to make a call, I faced almost no problems. The connectivity was stable, even when I was walking around the streets of Delhi, and the voice from the other end came in with good clarity. I was able to understand what the other person was saying with relative ease.

The only problem was that the sound that came in was relatively soft even at maximum volume. I don’t know why this is. A quick software update can fix this.

Verdict: Good but not the best

Priced at Rs 7,999, the Enco Free’s justify the price to the consumer looking for a stable pair of outer-ear fit truly wireless earphones. It’s got a good sound signature for the casual listener without putting too much of a dent in one’s pocket.

There are cheaper options out there on the market but those come with problems of their own.

If you want more audio quality from your earbuds then you’ll either have to shell out more for the Apple AirPods or change the style of truly wireless earbuds that you want and go with the 1MORE Truly Stylish or Samsung Galaxy Buds.

Or maybe you can wait for the Enco Free’s to be on discount at around Rs 5,000-Rs 6,000 and then these would be great value-for-money buy.