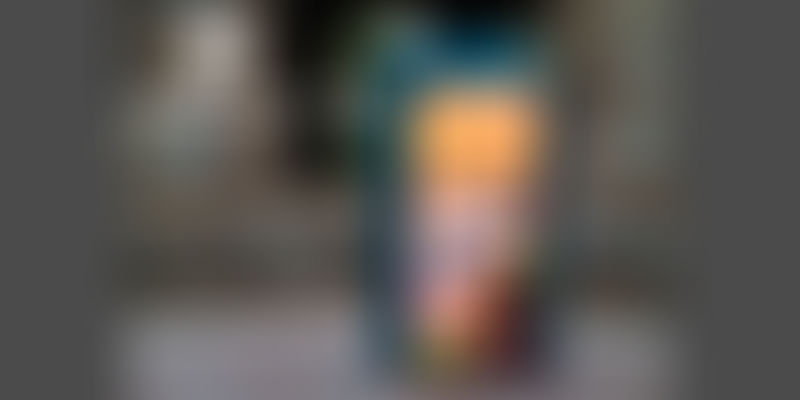 Oppo’s Reno 3 Pro released in India on Monday. We give you all the details and specifications and tell you whether you should buy this smartphone.

As the official mobile handset and headset partner of ICC and all associated ICC events, it is hard to miss the Oppo Reno 3 Pro hoardings at the ongoing Women’s T20 World Cup in Australia.

Closer home, actor Ranbir Kapoor can be seen across billboards teasing out the Oppo smartphone.

While the Sky White unit that we received for review attracted a lot of fingerprint marks, the overall look was good.

Oppo’s Reno 10x Zoom took the market by surprise when it was launched in June last year. The design of that smartphone—including the bump to prevent the camera from coming in contact with any flat surface—was elegant and made the smartphone stand apart.

However, Oppo Reno 2, and now the Oppo Reno 3 Pro, have fallen short of expectations.

The design is quite standard with the quad-camera setup tucked away at the top left corner, and the Oppo logo on the bottom right.

There’s just nothing unique like the revolutionary shark-fin selfie camera on the Reno 10x Zoom to differentiate the Oppo Reno 3 Pro from the competition.

Realme C3: The smartphone that punches above its weight with brilliant gaming performance

Unlike the earlier model, the Oppo Reno 3 Pro feels a little too light in the hand. It did slip out of the pocket when we were out and about. While it fell on the display, there was no damage to the screen—a testament to the Gorilla Glass 5 that has been used.

Let’s take a deeper look into the pros and cons of the smartphone.

Fit and feel: While the smartphone is light to hold, one can use the Oppo Reno 3 Pro and its 6.4” display with relative ease. The grip in one’s hand is solid and it can be easily handled with one hand. Just like the S20 Plus is lighter than its predecessor, so is the Oppo Reno 3 Pro, weighing in at 175gm. You can spend hours using it and not grow tired of the feel.

Display: Oppo has always been a step behind other smartphone makers like Samsung and Huawei in the display department. While Reno 3 Pro doesn’t change that fact, one can safely say that Oppo has done a better job with the display for Oppo Reno 3 Pro when compared to the Reno 2 and Reno 10x Zoom.

The 6.4” Super AMOLED display (20:9 aspect ratio) is a treat to look at and its maximum brightness of 800nit will have easily sorted out for sunlight legibility.

A couple of minor downsides: one, the adaptive brightness feature sometimes failed to work, but that’s an issue with a lot of competing smartphones—especially OnePlus models—and something that can be easily fixed with a software update. Second, while the text was crisp, the display somehow didn’t seem as sharp as one would expect. Again, a software update should bring about a fix.

Performance: Oppo Reno 3 Pro uses a MediaTek Helio P95 processor. Whether it was gaming, clicking lots of pictures, or switching between YouTube videos, WhatsApp calls, and Google Chrome tabs, the MTK P95 chipset performed admirably well. There was no stuttering or lag and the smartphone did not freeze up even once. Playing games is an enjoyable experience, even if it is not a patch on ASUS ROG II in the gaming department.

Battery life: The 4,025mAh battery lasts through the morning of the second day. The device affords a minimum of over five hours of screen-on-time (SoT), a basic requirement for any smartphone in 2020.

Oppo has introduced the 30W VOOC Flash Charge 4.0 solution with the Oppo Reno 3 Pro and it has improved the charge rate from 1.5C to 3C. The Flash Charge allows for a 50 percent burst in just twenty minutes. This was enough top-up to last for several hours in a day.

Fingerprint sensor: The Hidden Fingerprint Unlock 3.0 delivered one of the best experiences of the smartphone. It worked like a charm unfailingly every time.

Software: Oppo had released ColorOS 7 last year and the Reno 3 Pro takes full advantage of the new software based on Android 10. It’s got a minimalist UI along with full support for Android’s notification features, something that was missing in previous iterations of ColorOS. It’s also got a better dark-mode implementation than stock Android.

But, unlike OnePlus’ Oxygen OS or Samsung’s One UI 2.0, the ColorOS 7 has a lot of bloatware, including a separate app store.

Single-firing speaker: The single-firing speaker on the bottom of the Oppo Reno 3 Pro is pretty loud and crisp. It’s good for short YouTube videos and casual gaming. It falls short when it comes to watching movies and listening to bass-heavy songs. However, the Dolby Atmos is much appreciated as it provided boost to the speakers’ capabilities.

Camera: Unlike the Reno 10x Zoom, the camera on Reno 3 Pro is very ordinary. The quad-camera setup does not help the smartphone stand out.

In good light, the Oppo Reno 3 Pro takes some good well-exposed shots. The 64-megapixel camera, which isn’t enabled by default, affords a lot of extra details that are quite sharp and not at overexposed. The 64-megapixel mode doesn’t support zoom.

You can easily populate your Instagram feed with photos taken using 2x optical zoom and 5x hybrid zoom. However, the 20x digital zoom shots lose out on a lot of the details.

The ultra-wide camera is also impressive, although you may lost out on a lot of detail if you plan on zooming in and cropping the photo.

The Reno 3 Pro has a good camera, but with the Realme X2 Pro and Samsung’s Galaxy S10 Lite/Galaxy Note 10 Lite in a similar price range, Oppo could have done a slightly better job here.

Ultra-Dark Mode: While Oppo’s night mode (using the AI scene detection) worked decently well, it was the Ultra-Dark Mode that was a huge disappointment when taking photos outdoors. The photos were overexposed and all details were lost. There was a lot of noise as well. It looked like the flash had been turned on.

Indoors, the Oppo Reno 3 Pro’s Ultra-Dark Mode seemed to work a little better though I wouldn’t want to buy the smartphone for this feature.

Portrait shots: Edge detection left much to be desired on the Oppo Reno 3 Pro; while the feature helped the phone detect where to focus, if the item was small then edge detection did not do work well.

Face unlock: We had quite an issue using the face unlock feature. A number of times it failed to recognise the face despite sufficient lighting and distance.

The verdict: should you buy the Oppo Reno 3 Pro?

The Reno 3 Pro from Oppo is a solid mid-range premium smartphone, in the same space as the OnePlus 7T, the Galaxy S10 Lite/Note 10 Lite, and Realme X2 Pro.

But, there isn’t much setting it apart from competition. What it gets right—the display, battery life and performance—it does so well.

However, its camera leaves a lot to be desired, and those who have experienced Oppo’s Reno 10x Zoom would wish the smartphone maker returns to its design roots with its next offering.

The Realme X2 Pro is selling for cheaper. In fact, the V19 from Vivo is expected to be cheaper than the Reno 3 Pro when launched next month. Another cheaper option is the Galaxy A71 from Samsung.

But, with an ever-improving software experience (one just hopes the dual-app store is done away with) and the impressive VOOC Flash Charge, the Reno 3 Pro is a good option in this price segment.