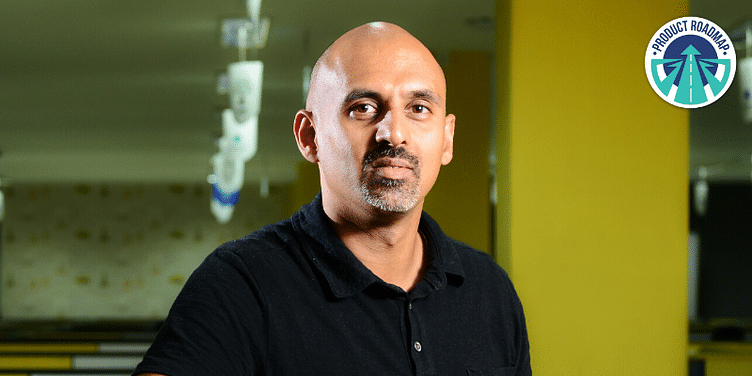 A product roadmap clarifies the why, what, and how behind what a tech startup is building. This week, we take a closer look at edtech startup Simplilearn, which offers short-term online training courses to help professionals get certified and move up the career path.

IIT-K alumnus Krishna Kumar started edtech startup ﻿Simplilearn﻿ as a blog in 2010 after selling off his startup, TechUnified. He blogged about his experiences, and offered advice on career and project management.

Over time, he realised that his personal blog held the potential to become an online business that could cater to the training needs of professionals.

Today, the edtech startup caters to the growing demand for professional certification by offering a blended learning model and focuses on working professionals looking to upgrade themselves.

Simplilearn claims to have helped more than one million professionals and 1,000 companies across 150 countries get trained, acquire certifications, and reach their business and career goals.

But how did it get here?

When Bengaluru-based Simplilearn was founded, massive open online courses (MOOCs) were the norm. These were essentially online videos that people could watch in their free time. There was one bug problem: most users did not end up completing courses and there was no way to measure success.

Anand Narayanan, Head of Products at Simplilearn, says the startup had one objective: not just to provide digital skills, but see users through to the end of the course.

“We wanted users to acquire specific outcomes that would help their careers bloom. However, that might be,” Anand tells YourStory.

Simplilearn works like university-based textbook learning where books provide basic fundamental concepts. However, there’s one big difference: the concepts are taught in a video format.

The startup has synchronous interactions for students with market experts. It hires faculty from universities or industry practitioners, and interactions are based on the curriculum.

In these interactions, the focus is not just on theory; application in real-world scenarios is also studied. After this, just like at any university, the user visits an online lab application, integrated with the learning environment, and practises his/her skills.

This loop is repeated for every single skill, whether the aspiration is to become a data scientist, a cloud engineer, or a DevOps engineer. The user gets a certification only after the skill requirements are fulfilled.

Anand says, "In a synchronous level, the 24/7 support coverage reactively or proactively calls students to ensure they are progressing towards their goals. This is actually a big differentiator in terms of being able to drive student engagement, course completion, and outcomes."

Prior to the product deployment, Simplilearn had its tech stack on PHP, Angular, Java, and React. The engine is partially run on Amazon Web Services (AWS), and partly on Google Cloud and MS Azure.

The initial version of the product experience was very simple, and barely justified the entire learning environment.

Anand says the industry's overall net promoter score (NPS) was in negative values around 2010. The NPS is a management tool that can be used to gauge the loyalty of a firm's customer relationships. This led the team to realise that the product needed to be stronger to enhance user engagement and the learner's experience.

"One reiteration came in 2012, and we had another in 2015. With the second one, we relaunched the entire product to make sure that the user experience was streamlined. The product journey was also very reactive; it was mapped based on user feedback,” Anand says.

These tweaks led Simplilearn’s NPS to 40-45, which was “still very average”.

Anand says the team was able to create a custom-built learning environment with strong feedback loops that were intersectional between the sales and product team. This, he says, brought Simplilearn’s vision of pedagogy to life.

The reiterated product, which went live in early 2016, was refined further continuously. It has evolved over the last few years to reach the current stage. The evolution has given the startup an NPS close to 80, which Anand calls “an industry benchmark in edtech”.

Fundamentally, a startup never has enough resources to do everything together. The software engine at Simplilearn ran on monolithic architecture, like at most technology teams.

The problem with monolithic architecture is that any modification in existing features or addition of new features spills over to every other part of the engine. Most engineering teams carry out large-size regression tests to deal with this, and Simplilearn's product team came across a problem.

"We did two things. We went back to building micro services, which was a painful process. We had to deal with feature changes without touching the core. The second was upgrading the quality assurance team to automated testing,” he says.

Until 2016, which was when the latest product went live, the tech team was used to waterfall engineering. This means that it would work on a requirement for six months and deliver a massive product that often brought along problems.

Anand says, “In 2016, we just did not change the architecture; we did it in an agile way. The team did not know anything about agile methodologies at the time. It was an interesting phase where we ran two-week sprints continuously, to improve and maintain the product.”

One growth hack Anand mentions is changing the lead management system. The team had its own homegrown system for customer experience and support, which was “pretty strong”. But the team realised that it was never going to be the next Salesforce. This is when Simplilearn decided to move to Salesforce.

The homegrown engine was born out of tough ambition with an investment of six months, but by then the capacity of lead generation and management had grown manifold.

Anand says he follows the 80-20 rule to run engineering teams. According to the Pareto principle, for many events, roughly 80 percent of the effects come from 20 percent of the causes.

“Eighty percent of the team owns the product, which goes into feature improvement, and 20 percent works on tech improvement, modifying the architecture,” he says, adding that this approach has been highly beneficial while scaling.