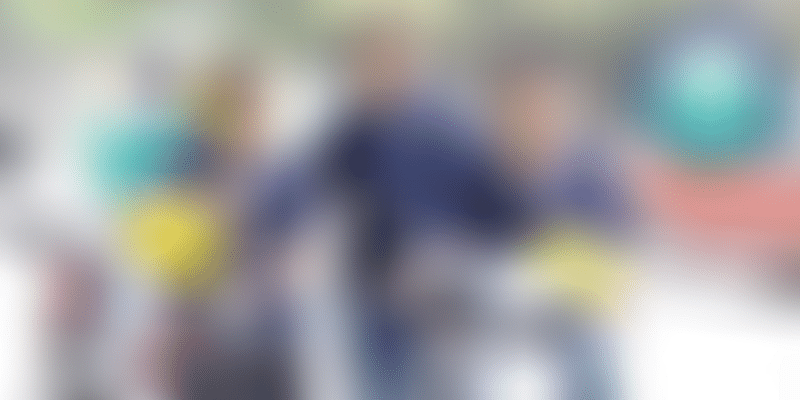 A product roadmap clarifies the why, what, and how behind what a tech startup is building. This week, we take a closer look at bike-sharing startup Rapido, which scaled its product to launch in 25 cities in three months, and is touching profitability in Bengaluru, Hyderabad, and Delhi.

Rapido also wasn’t the first bike-sharing platform in India. There were other players such as Baxi and M-Bike; Ola and Uber had also launched their bike taxis.

But the others ran into trouble: Ola and Uber had to restrict operations to a few cities, Baxi pivoted to a delivery model, and M-Bike shut shop.

Rapido, on the other hand, managed to survive the regulatory tug of war and grow. It now has around 5,00,000 Captains, and claims to be serving over 10 million customers. It has more than 20 million app downloads and 15 million paid transactions.

Present in close to 90 cities, the startup will be profitable in Bengaluru, Hyderabad, and Delhi by the end of this fiscal year. Other cities will be contribution-level positive by the end of the year.

How did Rapido do it?

“When you start, you just focus on fulfilling orders. Initially, our focus was on building the two-way marketplace effectively. It took us a month to reach 500 rides per day and get the critical mass of 10,000 downloads,” Aravind says.

As per documents filed with the Registrar of Companies (RoC), the ride-hailing startup recorded a 13x jump in revenue to Rs 10.64 crore in FY19, against a revenue of Rs 79.90 lakh posted for the previous financial year.

Revenue surged, but Rapido also posted a 5x increase in losses for this financial year. Last year, the company posted a loss of Rs 10.34 crore; in the financial year ended March 31, 2019, losses widened to Rs 53.29 crore.

But there has been substantial growth.

But to reach this scale, the team had to rework the app to suit the needs of both, the user and the ‘Rapido captain’.

Start with hitting the snooze button

All types of bikes – scooters, motorcycles, e-bikes - are available on the platform. Rapido captains and pillion riders are given helmets to ensure safety.

On the commuter side, Rapido works like any other taxi-booking app. Users have to sign up and enter pickup and destination points. Once the booking is confirmed, the name, photo, and bike number of the captain is shared with them.

The Rapido founders soon realised that customers focus on reliability and availability of the captain.

“Once you open the app, you need to find a vehicle. Initially, because of the use case, demand was always higher than supply. When no bikes were available, the app would say there were no captains,” Aravind says.

In a few weeks, however, the team received consumer feedback that people were willing to wait.

The very first feature they added was a “snooze” button. If a consumer is looking for a ride and doesn’t find one, hitting the snooze button prompts the app to look for a Captain for the next 10 minutes. This helped in consumer retention.

By 2016 end, the team decided to expand to a new city, but realised that the architecture wasn’t built for scale.

Learning from experiences and mistakes

However, a lot of variables come into the picture as systems mature.

Rapido added a logistics layer, tying up with hyperlocal players for delivery. That meant making the app and systems compatible and seamless for deliveries and rides, and understanding the difference between the two.

“We learnt from our mistakes and some that others made. We focused on core services: on how the order management works, which captain should go where, and once they accept the ride, how the ETA logic comes into play,” Aravind explains.

He adds that operational efficiency is key to the business. You can’t have people on ground “as the business is of low ticket size but of high volumes” and “high volume businesses need to be highly operationally efficient”.

“We are in different cities, and irrespective of the volumes in those cities, we have two people in each city to take care of on-boarding, marketing, and everything. A lot of things have been built with data to understand if a city is performing well or not,” Aravind says.

“These are small ticket sizes with large volumes. The machine should tell you what you need to do, and use local nuances to enhance decision making. We try to automate anything you do for a week or two,” Aravind says.

Focus on safety and captain on-boarding

One of the biggest challenges that Rapido faced was changing user perceptions.

“A lot of people were wary that two-wheeler rides weren’t safe. So we launched insurance from day zero. The app was in-built with a mechanism to track the speed of the captain. He would be deactivated if he went beyond a particular speed,” Aravind says.

There were cases where the consumer wouldn’t get helmets or have complaints about captains.

“Before that, we did a lot of things on the captain app to make sure that on-boarding was seamless for captains. We on-boarded through calls, WhatsApp, or the Rapido app, where the driver shares details,” Aravind reveals.

This led a drop in the feet on street needed to on-board captains. A centralised captain care centre ensured that the on-boarding happened online.

Aravind says Rapido was able to launch in 25 cities in three months after expanding the scope of its systems.

A twist to the existing gig economy

In the existing gig economy model, drivers are paid once a week, a fortnight, or a month. However, Rapido realised that it was working with a different base of supply consumers.

“Many people were looking to make money with short rides, and we didn’t want our payment mechanism to restrict that,” Aravind says.

The team built a ‘redeem’ feature on the captain app; this transfers whatever money a captain makes into the ‘captain wallet’. S/he can then redeem the money into a personal bank account.

“How much money is deducted, how much money the captain makes with every ride, and instant payments helped us gain trust,” Aravind adds.

During the second year of operations, the founders realised that majority of their consumers were using Rapido for the daily commute, and were used to the bus/metro pass system.

“If someone is committing to do x number of rides in a month, we should offer some benefits. This is when we launched the subscription service. Close to 70 percent of our Tier II users have never used a ride-sharing product, and close to 50 percent of our volumes come from Tier II cities. Features like this help users in Tier II and III cities,” Aravind says.

The subscription costs range from Rs 99 to Rs 200 a month, and a 10 percent or Rs 15 discount is offered, depending on the package.

The product may be scaling and growing, but the lack of clarity on the regulatory front persists. Bike taxis are legal in some cities; in others, there are no clear rules regarding their operations.

There may be a long way to go, but Rapido believes there has been “a lot of evolution”.

“Our core markets, Bengaluru, Hyderabad, and Delhi, will hit profitability in the next three months while other cities will be contribution-level positive by the end of the year,” Aravind says.