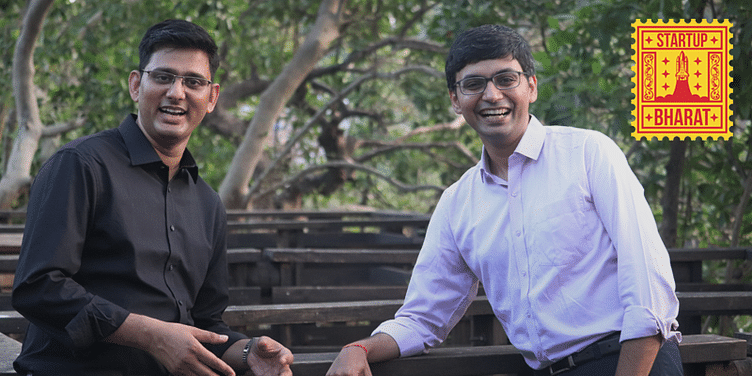 Like most engineering students, IIT-Kanpur graduates Amarsh Chaturvedi and Ashwani Rawat were discussing how data technology can help transform the functioning of cities in India. They felt there was a need to come up with a solution that was scalable, and solved for the growing urban-civic issues.

This led the duo to start Transerve Technologies in Panjim, Goa, in 2010. The startup helps map geographic locations and structures in cities. This eases the revenue and tax collection process since the information about all properties are stored centrally in a database, and can be retrieved when required.

According to the founders, considering the increase in population and diversity of Indian geographical locations, India has undergone a rapid change in the past decade with a strong emphasis on sectors like smart city development, urbanisation, and in implementing the e-governance system and digitisation of workflows.

However, growing urbanisation means the need for a solution to solve urban issues such as revenue collection, managing utilities like water and sewerage system, traffic management, etc. Transerve Technologies aims to help solve for all of that.

The startup currently has offices in Bhubaneswar and Delhi.

It took around five years for Transerve to understand the market and develop the product. The founding team includes Amarsh Chaturvedi, Ashish Raj, and Ashwani Rawat. Amarsh and Ashwani have technical domain expertise while Ashish looks after the operations and derives numbers. Ashish was previously associated with IL&FS Technologies Ltd. in the capacity of Senior Vice President.

The platform’s approach for spatial data analytics was envisaged by all three co-founders together, keeping in mind the big gap in urban tech and smart cities.

With a 50-member team, Transerve invested a couple of million dollars to build the platform over a period of five years.

The co-founders invested the seed funding they receiving from the Centre for Innovation, Incubation & Entrepreneurship (IIM-Ahmadabad) and CIBA. Transerve also received a Pre-series A funding of $1.6 million from Omidyar Network and IL&FS Investments in 2017.

It helps urban local bodies maintain an accurate database of properties on their spatial platform. The platform claims it has the capacity to acquire and process information smoothly in a brownfield city, running simulations, and anticipating possible problems along with managing special events or even emergency situations.

According to the startup, by leveraging the platform’s capabilities, users can design forms, collect information on ground at a large scale with location-integration, manage, analyse, and publish it online. It also helps design applications to derive and share intelligence with all the stakeholders in an organisation.

“Our analytics experts help unlock the power of location to create interactive maps and dashboards. Tracking live locations and receiving seamless data through IoT is changing the way assets are being managed on ground on a daily basis,” says Ashwani.

Transerve follows a SaaS model to share applications with its customers, and there is also an on-premise installation plan available for enterprises.

“Startups in India face challenges with government’s procurement policies, which are not friendly. The payments do not come on time, and all government contracts are one sided and ambiguous. We have diversified our business in various sectors, including private enterprises, in order to de-risk ourselves,” says Amarsh.

“Spatial knowledge has gained importance in India due to large-scale implementation of projects and urban planning. Implementation of ML in GIS to solve revenue shortage and collection inefficiencies in urban local bodies has been a big hit, which is one of the first problems that Transerve managed to solve,” adds Amarsh.

According to ‘Catalyzing Civic Tech in India’ report by CIIE, the civic-technology space in India is gaining momentum. But unlike other developed nations, the industry won’t be self-sustaining and requires support from both the government as well as investors to make the industry more scalable.

“In the last three years, Transerve has successfully recorded an impressive average growth of 376 percent, and plans to receive another level of funding by the second quarter of FY2020. The civic-tech industry will continue to grow at a steady pace in 2020,” says Ashwani.

The SaaS platform works from on-premise installation. There is open API and the architecture is based on National Urban Innovation Stack. This allows the team to create a system which can evolve and expand with minimal efforts.

Transerve also wants to create a collaborative programme where industry experts can come and build applications to solve complex problems for industries.

According to the founders, its pricing depends on the solution which the clients look for. SaaS-based pricing is normally paid on an annual basis, whereas one-time fee is paid for on-premise licenses.

“We are flexible with our offerings given the nature of the product, and are open for customisation as per the requirements,” explains Ashwani. Transerve tries to maintain 40-50 percent of gross margin to enable the company to stay committed to R&D.

Transerve is investing more in technologies like machine learning, artificial intelligence, and virtual realities to help customers in data analysis and visualisation. The startup is also appending its technology with industry standard products for building plan approval system and municipal ERP’s with partnerships with industry leaders.

Speaking of their future plans, Ashwani says, “Transerve will be shortly releasing a unified urban platform covering the entire urban landscape, utilising open standards to offer a non-proprietary platform that can be used by any city across the globe. We are targetting implementation into more than 250 urban local bodies (ULBs) in 2020, and in five large corporates. We are currently working with Big Fours to implement the solution globally.”