[Startup Bharat] Telemedicine is a bright spot in the future of healthcare, says Vikram Thaploo of Apollo Hospitals Group 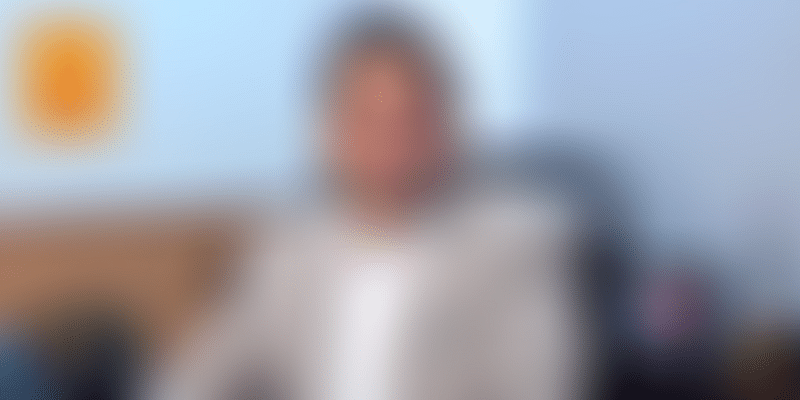 With the govt focusing more on Digital India, the telemedicine sector is at an all-time high. Apollo Hospital Group has been a pioneer in the sector, which now runs about 700 healthcare centres across India.

To make matters worse, most of these doctors are based out of metros, making it all the more difficult for patients residing in the rural parts of the country to get access to quality healthcare services.

To bridge the rural urban health divide, telemedicine was started in India in 2001. The Indian Space Research Organisation (ISRO) began a pilot project linking Apollo Hospital in Chennai with Apollo Rural Hospital at Aragonda Village in Andhra Pradesh. Since then, telemedicine has come a long way. In September 2005, the Ministry of Health and Family Welfare constituted a National Telemedicine Taskforce.

YourStory recently caught up with Vikram Thaploo, CEO of TeleHealth at Apollo Hospitals Group, to discuss telemedicine and its scope, Coronavirus awareness, and staying relevant in a fast-moving technological world.

An Indian School of Business (ISB) graduate in healthcare management, Vikram started his career in the hospitality industry in 1999. He was a part of the founding team at Barista Coffee Company, and also worked with Big Apple Supermarkets, which is now a part of the Future Group. He also founded retail consulting startup Steeplejack.

Vikram joined Apollo Hospitals Group in 2010. He aims to make healthcare accessible to all using the convergence of technology, telecom, and medtech ecosystems.

YourStory (YS): Do you think TeleMedicine is the future of healthcare in a developing country like India?

Vikram Thaploo (VT): Telemedicine journey started in India with Apollo starting its first V-SAT enabled rural hospital at Aragonda in Chittoor District of Andhra Pradesh. For several years since then, its reach and viability were very limited. However, things changed over the past decade with the rapid penetration of smartphones and the widespread availability of internet services.

Telemedicine is indeed a bright spot in the future of healthcare today, and is already playing a significant role in improving the accessibility of healthcare services for remote and under-served populations.

For a country like India, where the doctor-patient ratio remains skewed, hospitals are overloaded in urban areas, and healthcare service providers remain sparse in rural areas, telemedicine has the potential to act as a major leveller.

YS: What are the factors constraining the growth of telemedicine in India?

VT: Despite holding a major promise in reducing barriers of distance and affordability, telemedicine has been a slow starter in most parts of the world.

Among the main factors that were constraining its growth till last decade were lack of adequate ICT infrastructure, including internet penetration and speed issues, as well as limited private interest in the domain. Other factors included lack of policy thrust, patchy implementation, and absence of standardised practices or regulatory bodies to oversee the functioning of tele clinics.

Today, we have overcome some of these obstacles by ushering in widespread penetration of internet and broadband services. This has also helped many private sector organisations and social entrepreneurs to take a renewed interest in telemedicine services.

Similarly, with the government’s focus on Digital India, the attention on this sector is at an all-time high. NITI Aayog itself has initiated discussions with stakeholders on the greater use of telehealth to improve primary care. Many state governments are also actively coming forward to establish PPPs to operationalise telemedicine centres.

YS: How will telemedicine be able to break the geographical boundaries and reach rural India?

VT: About 70 percent of doctors are concentrated in urban areas while the rural population remains grossly under-served in our country. According to media reports, Community Healthcare Centres (CHCs) in India face up to 82 percent shortage of specialists. This is where telemedicine plays a vital role.

Telemedicine works by providing remote doctor and specialist consultations to patients. For a village from where the nearest hospital is 40 km away, a telehealth centre can be a major boon. It can enable people seek consultations from specialists and experts through video conferencing by sitting far away. Based on symptoms, diagnosis, and response to medicine, serious patients or those who need greater care can be referred to hospitals.

It also reduces the need for hospital visits and long hours of travelling. A robust platform with Clinical Decision Support System (CDSS) supported by Point of Care Testing (POCT) will be able to bridge the geographical barriers along with clinical service disparity.

YS: Indian telemedicine is growing rapidly like never before. How is Apollo TeleHealth going to participate in this growth?

VT: Apollo TeleHealth currently runs about 700 healthcare centres in PPP mode across India, and also operates about 120 TeleClinics across 17 countries.

As the sector grows, we are actively partnering with governments and other healthcare providers to expand the reach of telehealth services further. We aim to touch the lives of as many as 30 million people by 2022. As we expand our services, we are also looking to recruit around 25,000 people over the next five years.

YS: At a time when there are multiple players leveraging technology in the telehealth market, how will Apollo TeleHealth manage to stay relevant?

VT: Our defining markers are providing global standard of healthcare with best-in-class clinical quality using a mix of standard treatment guidelines (STGs) and Apollo Hospital’s 3.5 decades of healthcare delivery. We also have access to Apollo’s pool of doctors, including top-class specialists.

We keep the edge by investing in best-in-class technology and training our remote care staff members to provide the best possible care. We are also investing in mentoring startups, which are solving healthcare problems. Apollo TeleHealth is focused on creating a virtual hospital where the focus would be on dealing with all health issues remotely and propagating wellness. The patient should visit a hospital only in case of physical intervention.

YS: Is Apollo taking any measures to spread awareness with the outbreak of Coronavirus?

VT: Our telehealth centres do educate visitors about basic hygiene practices and precautions to prevent outbreaks. Not only Coronavirus, but we also do it regularly for outbreak of diseases like dengue, chikungunya, H1N1, etc.

In context of Coronavirus, Apollo has conducted several physical camps, webinars, and social health education sessions in both urban and rural India.

YS: Apollo Hospitals recently signed an MoU with TeleHealthcare in Malaysia. Can you comment on this?

VT: Under this MoU, Apollo TeleHealth will upgrade 100 primary healthcare delivery centres of the Government in collaboration with a local partner in Malaysia. The scope broadly involves providing technical know-how and remote specialist consultations. As many as three million people living in rural Malaysia will be benefitted under this programme.