Women’s Day: These women entrepreneurs are tapping tech to take India's legal system into the future 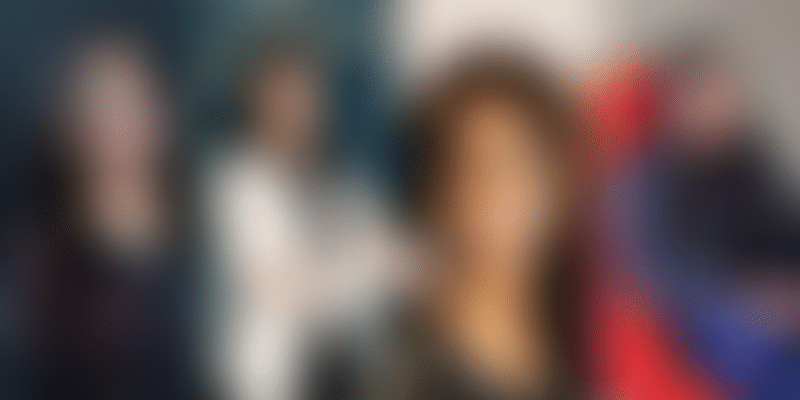 On International Women’s Day, we're sharing the stories of four extraordinary women from across India who are using technology to better the Indian legal system.

International Women’s Day isn’t just a day to celebrate the idea of womanhood but to also recognise the achievements and success stories female entrepreneurs and leaders in various fields. In this article, we celebrate the achievements of women currently working in the legal-tech space, so that more women are encouraged to join the field.

According to the National Judicial Data Grid, over 31.26 million cases are pending in Indian courts. Even if no new case is filed, it will take over 300 years to just clear this backlog.

As per a state-funded survey conducted by Daksh Foundation, 40,000+ cases are filed each day and Rs 80,000 crore per annum is lost due to delays in court hearings. This is one of the reasons why the legal space needs greater participation of women.

Each one of the women listed below is working to achieve that. With their startups and leadership, they are aiming to improve the legal system in India and to bring justice quicker to those who need it:

Akshetha Ashok is the Co-founder of Sama, a Bengaluru-based legal-tech startup that aims to improve the justice system in India.

Founded in 2015, Sama helps people resolve disputes without having to go to court and in a more amicable manner by providing online mediation, conciliation and arbitration services.

“Mediation is a way of resolving disputes where two people sit across the table and, with the help of a neutral third party called the mediator, reach a settlement. It is a collaborative process that focuses on win-win solutions. Sama helps people save time, money, and relationships,” Akshetha says.

While an average case in India can go on for five years, Sama takes between three weeks to three months to settle a case, Akshetha adds.

Owned and operated by ODRways Solutions Pvt Ltd, Sama works on a fully online platform to resolve disputes between businesses and customers, employers and employees, landlords and tenants, professionals and clients, or anyone else. The startup can help resolve disputes of a wide variety in almost any location in India.

Akshetha is also the Chief Coordinator of Indian Mediation Week (IMW), the access-to-justice campaign that aims to create awareness and educate the layman about the benefits of resolving disputes by communicating and collaboration, instead of in court.

Sama-backed IMW is officially supported by the Supreme Court Mediation Committee, NITI Aayog and Ministry of Law and Justice, Government of India.

Based on the motto “Suljhao, Magar Pyaar Se” (Resolve, But With Love), the campaign was conceptualised and initiated in Kolkata and has spread to 102 cities across India, with more than 2,000 volunteers working with it.

In less than 18 months, it has sensitised more than five lakh people about the benefits of mediation, and resolved over 600 cases, ranging from consumer disputes and family issues to mining disputes of over Rs 400 crore, with the help of professional mediators.

Going forward, Sama intends to resolve 25 lakh disputes by 2024 and also aims to build a repository of one lakh mediators and arbitrators in the country. The startup’s online dispute resolution platforms aim to cut down the time taken to resolve a dispute to two-three hours.

Sama is presently working with ICICI Bank, the largest private bank in the country in terms of assets, to help resolve 10,000 banking disputes through online conciliation and online arbitration services. It has 114 mediators and 79 arbitrators working in 21 cities across India. The startup also claims to have a strong online case management system with 849 trainer case managers in 16 cities across India. Sama has a 60 percent resolution rate, taking an average time of 2 hours to resolve a dispute.

Meghana Srinivas is the Founder and CEO of TrustIn, a seven-month-old Bengaluru-based legal-tech startup for reporting and redressal of POSH (Prevention of Sexual Harassment) cases and also supports end-to-end implementation.

“At TrustIn, we believe everyone should feel safe and empowered to pursue their goals. And we know this sense of safety matters at the workplace - companies and college campuses - where we spend most of our time,” Meghana says.

Starting with the Prevention of Sexual Harassment (POSH) legislation, TrustIn’s reporting-redressal system encompasses all labour, civil, and service laws to implement safety at the workplace.

“We're also integrating sensitive support structures that enable all employees to educate, escalate, and advocate for themselves, with real-time updates and support dashboards for complainants and respondents of each active case,” she adds.

Meghana is a UC Berkeley graduate and is passionate about enabling equitable access to all. She has managed multiple programmes and teams in the social impact space at major nonprofits, including Teach For India.

While the US, UK, and some other countries have platforms for complaint escalation, there is little to no support or standardisation for the underserved Asian workplace safety market, according to Meghana.

Apart from India, 15 other Asian countries employ a civil court system of adjudication for workplace misconduct (including Singapore's POHA, or the Prevention of Harassment Act). TrustIn aims to bridge the implementation gap across these countries by empowering both enterprises and employees.

Sonam Chandwani is the Managing Partner at KS Legal & Associates, a Mumbai-based law firm representing a wide range of geographies and disciplines.

KS Legal has established itself as a legal powerhouse in the areas of dispute resolution, insolvency and bankruptcy, general corporate, banking and finance, media and entertainment and real estate laws. The firm has advised more than 200+ corporate clients, including some of the most reputed Fortune 500 companies.

“Our lawyers and support staff strive to exceed the expectations of clients, which include corporates, government bodies, regulators, trade bodies and non-profit organisations, by providing the highest quality advice and legal insight. We combine global standards with in-depth local expertise,” Sonam says.

The new-age firm makes use of modern legal and business technologies and methodologies, to adapt to the growing and ever-changing needs of its clients and the legal industry. The firm leverages technology to improve quality, efficiency, and client experience.

KS Legal employs over 50 lawyers from across India who are dedicated to delivering quality legal services to clients locally and internationally. The firm has a presence in Mumbai, Pune, Delhi, Bangalore, and Chennai, and plans to expand to three more cities this year.

Namita Shah is the Co-founder of Presolv360, a Mumbai-based online platform that provides access and encourages the use of alternative dispute resolution (ADR) via an insurance-based approach to resolve commercial disputes.

Founded in 2017, Presolv360 offers an insurance-based model that encourages parties to resolve contractual disputes without the need to litigate. Contracting parties pay a nominal annual commitment fee to insure their agreement, and if a dispute arises concerning that agreement, Presolv360 uses its online platform to resolve the dispute via negotiation, mediation or arbitration - as per the choice of the initiating party.

Presolv360, which uses AI and data analysis, claims to be a first-of-its-kind online dispute management platform, accessible from computers, laptops, and even smartphones.

“This not only saves costs, but also serves as a commitment from parties to choose alternative mechanisms over litigation, thereby making dispute resolution affordable, accessible, and convenient in the true sense,” Namita says.

Presolv360 currently works with several MSMEs, digital lending platforms and insurance products, and has been recognised by the Ministry of Law and Justice. It has so far served clients from Mumbai, Pune, Guwahati, Puducherry, Bengaluru, Dubai, and the UK.

The startup currently has resolved over 100 cases, some free and others paid pilots. When it comes to securing agreements, it has recently opened its platform to commercial use and is currently doing pilot projects with NBFCs and banks in Mumbai.

So far, Presolv360 has remained self-funded but is now looking to raise funds to further automate dispute resolution.