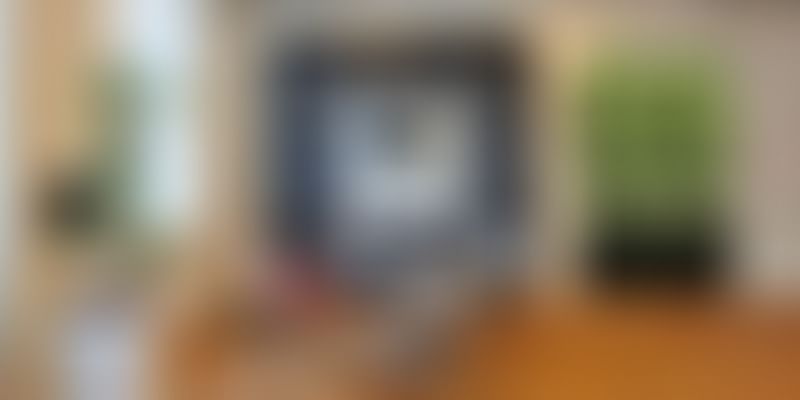 One of the most critical conversations in the ongoing pandemic is whether COVID-19 will behave the same way as common coronaviruses and influenza particles do – fizzle out in hot and humid climes.

Science journals and news media worldwide are buzzing with research and analysis on this issue.  The World Health Organisation too is considering the possibility of airborne transmission (besides physical contact) of the novel coronavirus.

While the jury is still out on that, Alan Evangelista, a microbiologist and virology professor at St Christopher’s Hospital for Children in Philadelphia, has propounded the theory that COVID-19 will follow the laws of physics and “as humidity increases, the viral ﻿Droplette﻿size will grow larger and settle out of the air rapidly”.

This is also the founding principle of OxyGarden, a Gurugram-based ﻿Cleantech Water﻿startup that builds air sanitisers for indoor usage.

After more than two years of prototyping and testing, OxyGarden launched its first commercial product – Forest – in January 2020.

OxyGarden was founded by serial entrepreneur (he also owns a water sports company in Goa) Abhishek Gupta when he wanted “healthy” air in his room.

Abhishek, who holds a mechanical engineering degree and supervises a team of six, tells YourStory,

“It has been scientifically proven that the right IAQ index reduces airborne transmission of biological contaminants. Many viruses fail to infect people if the relative humidity level is maintained at around 40 percent. This not only increases the time and distance of the transmission but also reduces the percentage of people contracting the virus.”

The founder started his research back in 2016 after discovering that existing electrical air purifiers work on only about 51 percent of pollutants.

“I wanted 100 percent clean air in my room, but there was no product in the market that worked on the entire spectrum of pollutants,” he says.

Abhishek soon stumbled upon research from NASA that showed how plants could purify the air and entirely eliminate chances of airborne infections. In early 2019, he launched OxyGarden with the vision of growing soilless gardens inside living rooms.

“We called the product ‘Forest’ because it gives you a sense of being inside a forest in an urban location,” says the founder.

Forest weighs 30 kilograms, and comes with a metal frame that fits easily in a 1.2 square feet area. It can either be hung on walls or placed on the ground.

The startup has developed a patent-pending technology, which induces controlled photosynthesis in plants with the help of automated airflows and artificial light sources. It controls the transpiration in plants that are grown in an aerated medium consisting of activated charcoal, which makes it lighter than soil.

The polluted indoor air is absorbed through the plant roots, after which it passes through a carbon filter. At the end of the purification process, the air fan fitted inside the garden returns the clean and oxygen-rich air into the room.

The founder elaborates, “This is a silent process that takes place between 10 am and 5 pm. You will only feel some air on your face if you stand in front of Forest. We can even grow light artificially when the sunlight is low. The technology helps maintain the optimum relative humidity (RH) levels in a room.”

The cheapest variant of Forest is targeted at urban 1BHK or 2BHK households and will be retailed directly at online and offline stores. The premium version is meant for enterprises and corporate clients like offices, hotels, hospitals, quarantine centres, warehouses, supermarkets, and so on.

“It will have an IoT-based IAQ meter through which users can control the entire purification process with a remote,” Abhishek reveals.

Growth plans and tiding over a crisis

After factoring in the slowdown triggered by the coronavirus outbreak, OxyGarden expects to sell 11,000 units and clock sales of about Rs 40 crore in FY21.

It also plans to set up its own branded store in premium malls in Delhi, and expand in clusters in Jaipur, Chandigarh, and other cities in the north.

“We’re also talking to Amazon and Flipkart for a channel partnership, but the B2B market has been hit. Payments have stopped due to the pandemic. We don’t see it recovering before six months, at least.”

OxyGarden has been further hit by the imposition of Section 144 in Delhi-NCR, followed by the 21-day nationwide lockdown announced by the Modi government. This has put all of its lab tests on hold, and even halted production and supply.

But given its core value proposition, especially after COVID-19 has put the spotlight back on everyday hygiene, OxyGarden is hopeful of attracting investors.

“Investors will come if we can convert potential clients. There is no such end-to-end product made in India that combines a green wall, a purifier, and a humidifier. We are basically building immunity of the air we breathe.”

Evidently, the founder’s pitch has all the keywords that are likely to appeal to a world gripped by a lethal respiratory disease. Who knows, air sanitisers could become the next big trend in a post-coronavirus universe!